Steve’s note: I’ve said before that politics and investing don’t mix – and I mean it. You don’t want to make financial decisions based on your political beliefs. Still, that doesn’t mean politics can’t teach us anything about the markets… So today, we’re sharing an essay from my colleague C. Scott Garliss. No matter who you vote for, I hope it’ll help you be better prepared in the months ahead.

That may sound like a tired truism, but it’s “tired” for a reason. This idea is so important that it’s instinctual for practically every money manager on Wall Street.

They hate it when they can’t predict what a company’s earnings power or revenue stream is going to look like. Even more, they hate it when larger macro worries are looming ahead.

An upcoming election does nothing to settle their nerves. And that means that as November approaches, we’ll see plenty of uncertainty in the markets.

Here’s the thing, though. If you study history, you’ll find patterns in stocks that show us what to expect from these situations.

And regardless of party affiliation, it’ll make a lot of investors root for President Trump in November…

Elections make investors nervous for a simple reason – a change to the party in power can mean changes in policy.

Now, we’ve got a presidential election right around the corner. And the polls are pointing to the Democrats’ presumed nominee Joe Biden winning the presidency.

We won’t get into the candidates’ political stances here. The question for investors is which outcome will be better for their portfolios…

With that in mind, I examined the historical performance of the S&P 500 Index around presidential elections. I looked at the market’s performance in the nine months following the vote.

I didn’t focus on the individuals who were running, but on whether a particular party remained in power. And the results tell us that regardless of your political affiliation, investors should hope for “more of the same.” 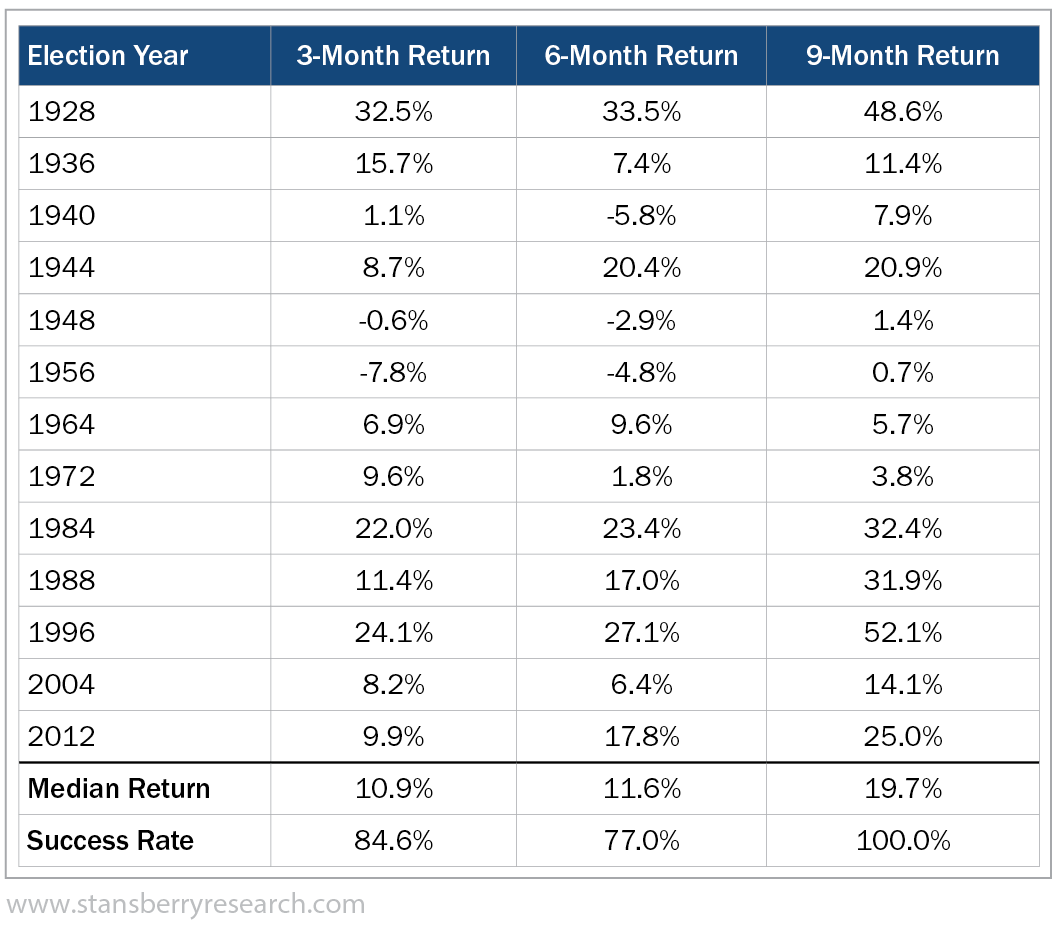 Stocks were up 100% of the time over the next nine months. And the median return over those nine months was an impressive 19.7%.

Things didn’t go so well when the ruling party lost, though. Take a look… 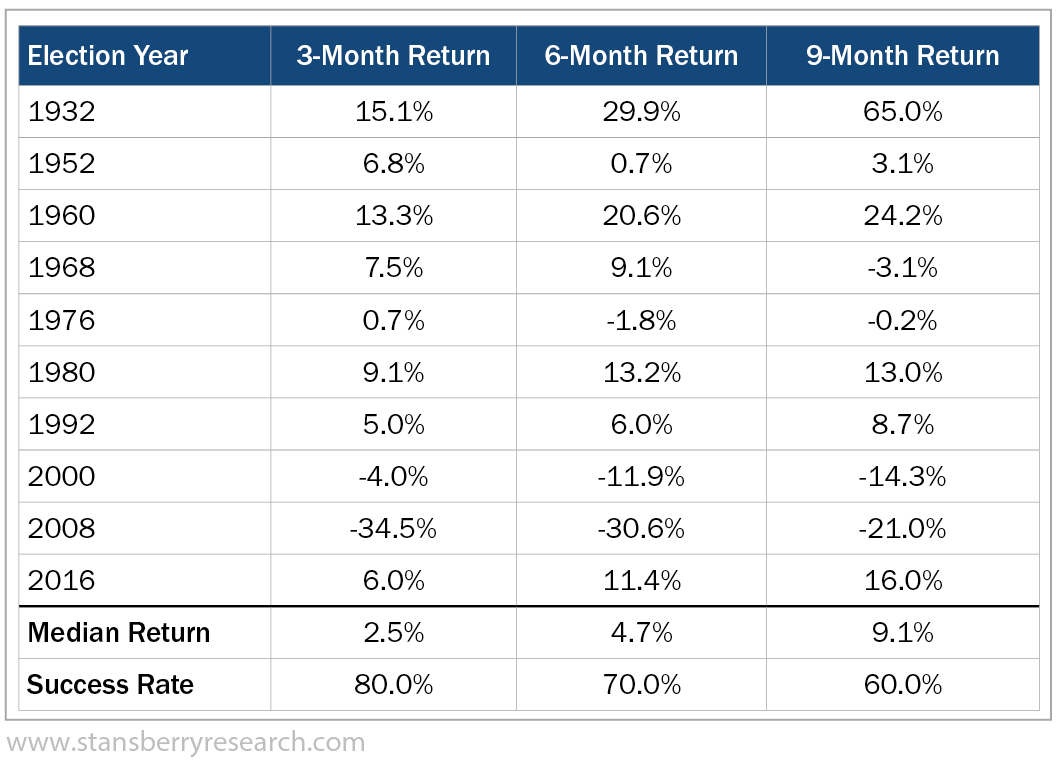 Stocks don’t do nearly as well in these cases. The median return was less than half what we saw before. And the win rate was down significantly.

We know investors love certainty. The success in stocks after a re-election likely reflects the continuity of a policy agenda. (It also probably shows that when the economy kept humming along, voters rewarded the incumbents for it.)

What’s more, the median return before a re-election was 5.4%… versus a slight fall in the three months before power changed hands.

All of this tells us two important things…

First, the market’s return over the next few months will hint at who wins in November. And second, if you’re worried about your investment results, you should probably be rooting for Trump to win the upcoming election.

Like it or not… history shows that re-elections are fantastic for stocks.