Here are two facts that don’t seem to go together…

Fact No. 1: The number of small cap companies in the Russell 2000 stock index that are currently losing money is near a record high.

It seems like madness, but I believe it’s true.

The Russell 2000 Index is an important barometer of the American economy because it tracks the performance of smaller, domestically focused businesses.

The median market valuation of a Russell 2000 company is less than $500 million. That is a tiny number relative to the S&P 500 companies that have market valuations into the hundreds of billions, with the biggest now sitting at more than $1 trillion! 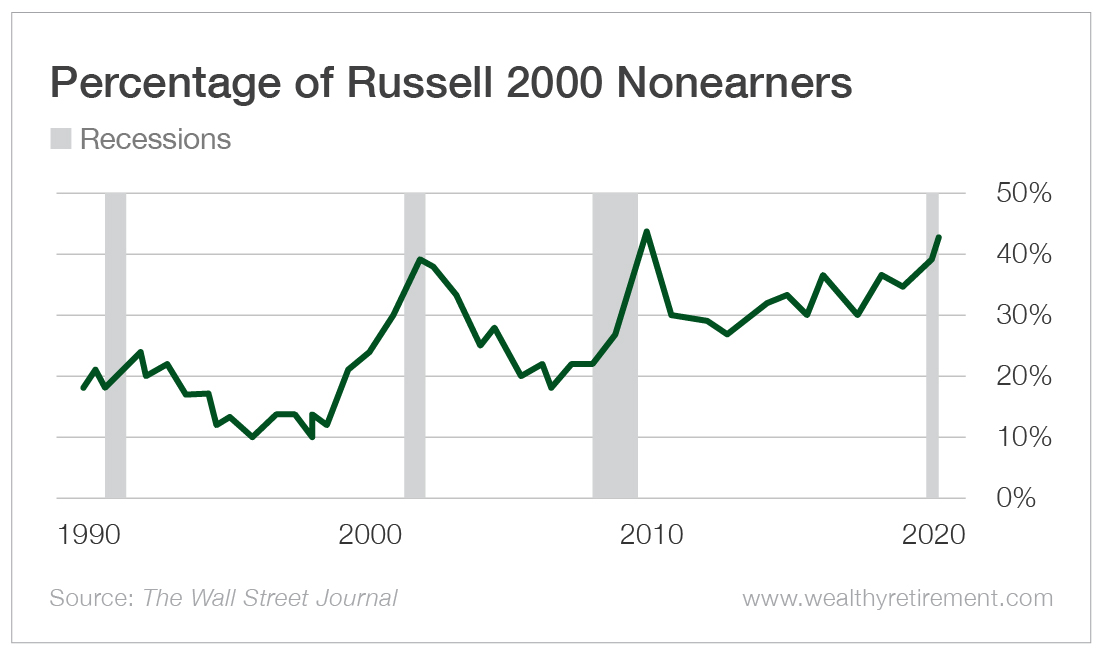 The percentage of nonearners in the Russell 2000 is now pushing up above 40%, which is close to the highest level we have seen in three decades and second only to the level reached in the 2009 global financial crisis.

The four gray-shaded bars on the chart represent the four recessions that the American economy has experienced since 1990. The most recent of those recessions kicked off earlier this year with the outbreak of COVID-19 in the U.S.

Not surprisingly, all of the prior peaks in the percentage of nonearning Russell 2000 companies coincided with recessions in the American economy…

All of which were great times to be a buyer of the Russell 2000.

Nobody Said Being Contrarian Was Easy!

The Russell 2000 is loaded with small companies that have developing growth stories.

The index will always have more companies that have yet to reach profitability than the blue chip indexes. It will also always be the source of the next big stock market winners.

Historically, when the number of companies losing money in the Russell 2000 surges during recessions, it has been a clear signal to buy the index.

You wouldn’t think that losing money should be a signal to buy, but for the Russell 2000, it has been.

Some of the greatest stock market investors are contrarian for a reason… because it works! 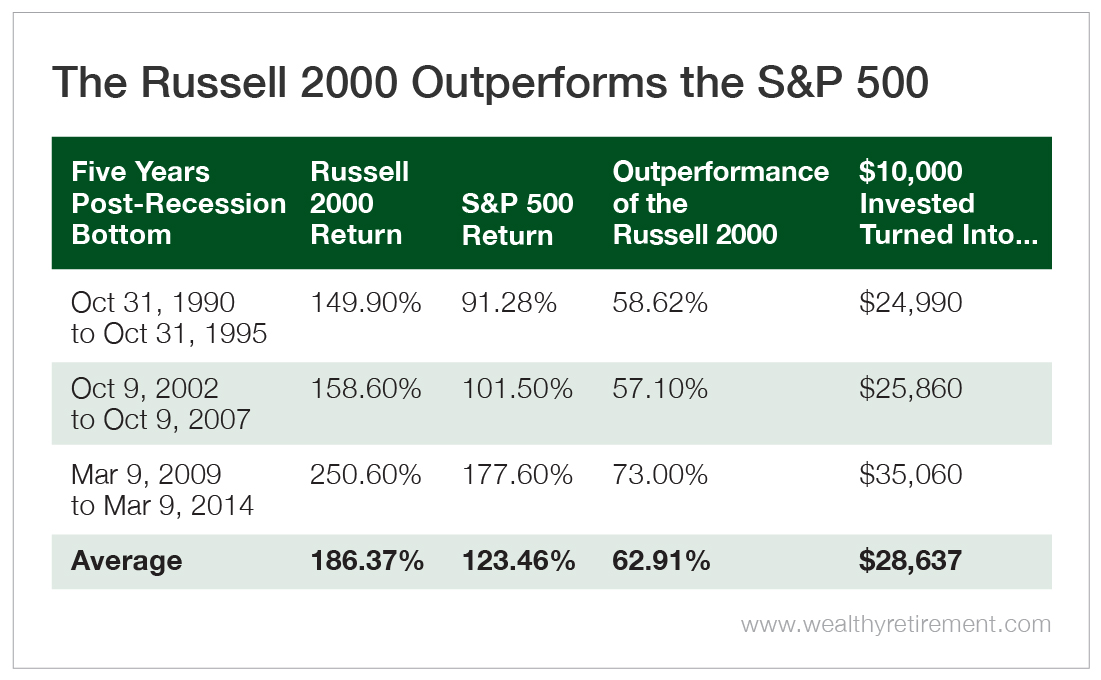 “Buy when there is blood in the streets,” indeed…

On average, a $10,000 investment into the Russell 2000 at the peak of companies in the index losing money would have turned into $28,637 over the next five years.

On April 14, I told you that the Russell 2000 had entered table-pounding buying territory. 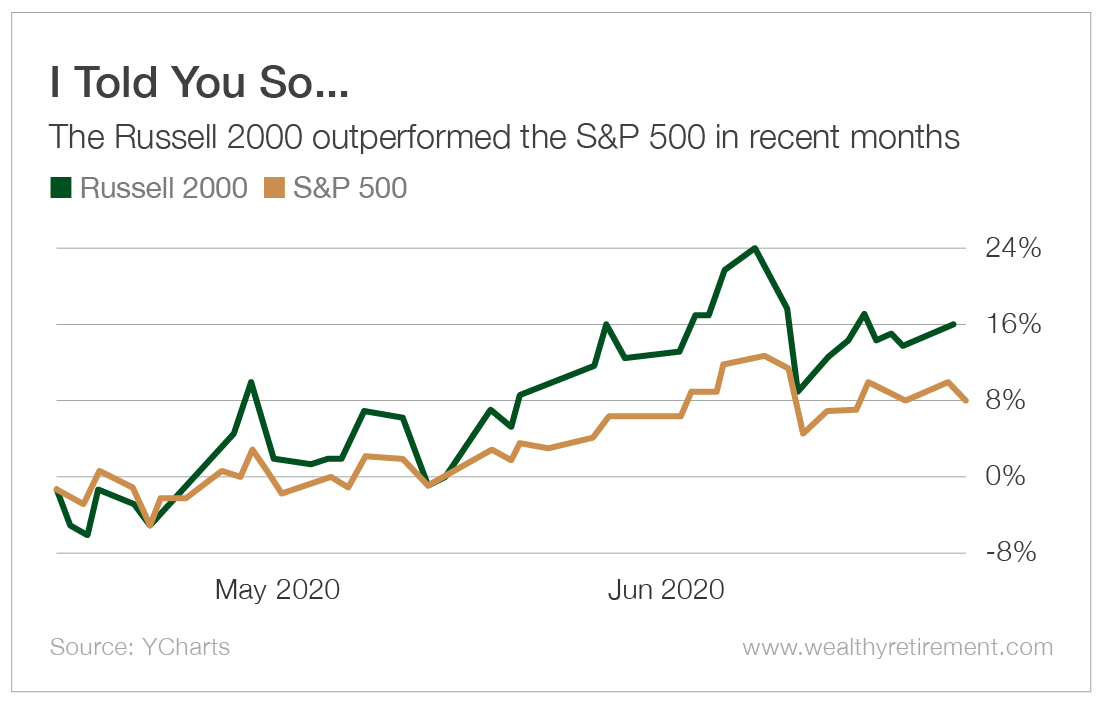 I still expect the Russell 2000 to outperform over the next several years from current levels, though I wouldn’t be surprised if we saw another major pullback.

In fact, I’d welcome it…

A pullback would be an opportunity to buy the Russell 2000 at even better prices in advance of what should be another long rally.