When the stock market is shaky, it can be tempting to press pause on investing temporarily.

However, with stock prices lower than they’ve been in a long time, right now is one of the best investing opportunities of the decade. Not only is it a more affordable time to buy pricey stocks, but by investing during the market’s low points, you’ll also be well positioned to take advantage of the upswing.

Exchange-traded funds (ETFs) can be a smart option for many investors, and there’s one Warren Buffett-approved ETF that could potentially make you a millionaire with just a few hundred dollars per month.

A strong but safe investment
Through his holding company Berkshire Hathaway, Warren Buffett only owns one type of ETF: the S&P 500 ETF — specifically, the Vanguard S&P 500 ETF (VOO) and the SPDR S&P 500 ETF Trust (SPY).

An S&P 500 ETF is a fund that tracks the S&P 500 index itself, meaning it includes the same stocks as the index and aims to mirror its performance. The index contains stocks from 500 of the largest companies in the U.S., and by investing in an S&P 500 ETF, you’ll own a stake in all of those businesses. 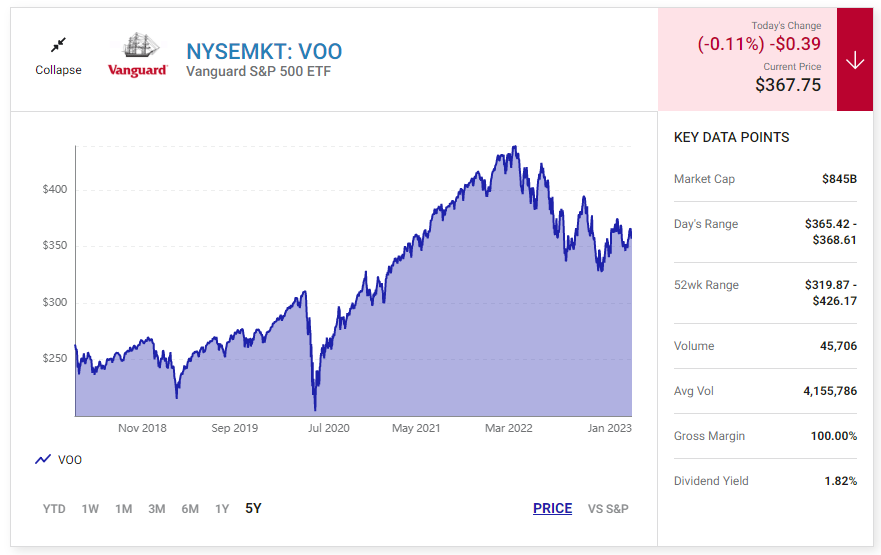 Buffett has long endorsed the S&P 500 ETF, often recommending it to investors. In 2008, he also famously bet that a Vanguard S&P 500 index fund could beat five actively managed hedge funds.

He easily won that bet, with his investment earning returns of nearly 126% over 10 years, while the hedge funds averaged returns of just 36% in that time.

S&P 500 ETFs are also one of the safest investments out there. The index itself has experienced countless corrections, crashes, bear markets, and recessions over the decades, and it’s recovered from all of them. No matter what the future has in store, it’s almost guaranteed to survive.

Reaching $1 million or more
In the short term, returns will vary widely with an S&P 500 ETF. Despite its relative safety, this investment will experience volatility in the near term. That’s something you can’t avoid entirely, regardless of where you invest.

Historically, though, the S&P 500 itself has earned an average rate of return of around 10% per year. In other words, all the individual returns it earns year after year have averaged out to roughly 10% per year over the long run.

If you’re investing $300 per month while earning a 10% average annual return, here’s approximately how much you could earn over time:

To reach $1 million in savings, you’d need to invest consistently for just over 35 years. But the more you’re able to invest each month, the faster you’ll reach your goal. Invest $1,000 per month, for instance, and you’d reach $1 million within around 24 years, all other factors remaining the same.

Of course, it’s not easy waiting decades for your money to grow. But keep in mind that S&P 500 ETFs require next to no effort on your part. You don’t need to choose stocks, do any company research, or decide when to buy or sell. Just invest a little each month, then sit back and wait.

While S&P 500 ETFs aren’t for everyone, there’s a reason why Warren Buffett highly encourages investors to take advantage of them. With enough time and consistency, you can reach millionaire status while barely lifting a finger.