Make no mistake — 2022 has been a tough year if you’re an investor. At their lows in mid-October, the S&P 500 and the Nasdaq Composite were deep in bear market territory, down more than 25% and 35%, respectively. Add to that the persistent inflation and the Federal Reserve’s campaign of rising interest rates, and it’s easy to understand why some investors might be content to stuff their money in a mattress to ride out the economic storm.

Yet not all investors are hunkering down. Several well-known hedge fund managers have been buying stocks hand over fist, as the downturn marks the best buying opportunity in more than a decade. Let’s take a look at two stocks that these billionaires view as compelling opportunities right now.

I’d like to buy a vowel…
Billionaire philanthropist and hedge fund manager George Soros was already a big fan of Alphabet (GOOGL) (GOOG). His investment fund, Soros Fund Management, held more than 53,000 shares of the Google parent as of July 31. Fast forward three months and Soros had gone all in, increasing his stake by more than 1,800% and increasing his count of Alphabet shares to more than 1 million, in a stake now valued at more than $96 million.

It’s easy to understand why Soros would be buying shares of the tech giant hand over fist. Google’s search dominance is unparalleled, controlling more than 92% of the worldwide search market. Add to that the reach of its streaming platform YouTube, which attracts more than 2.6 billion visitors each month, and you have an audience without equal, feeding Alphabet’s industry-leading digital advertising business, which accounted for roughly 29% of the global online ad market in 2021. 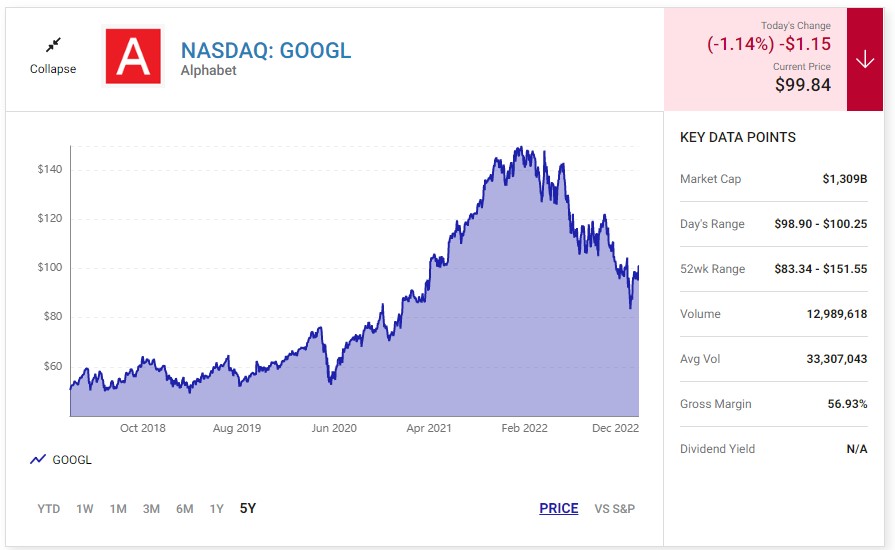 Advertisers have reined in spending in the face of a potential recession, which caused Alphabet’s growth to slow to a crawl, up 11% year over year in constant currency, down from its prior-year growth of 39%. This too shall pass, as the old saying goes, and when it does, Alphabet’s growth will surge.

If there was a single reason that Soros went hog wild buying Alphabet, it has to be the valuation. The stock currently trades for less than 18 times forward earnings, its cheapest price-to-earnings ratio since late 2013.

A major-league trade
In the third quarter, Ken Griffin, CEO and founder of Citadel Investment Group, was buying programmatic advertiser The Trade Desk (TTD) hand over fist. The billionaire investor added more than 980,000 shares, an increase of 204%. This brought the hedge fund’s purchases to 1.46 million shares worth more than $71 million.

The Trade Desk is the world’s largest independent provider of programmatic advertising services. The company’s state-of-the-art algorithms and lightning-fast platform take the hassle out of real-time bidding, ensuring advertisers get the best bang for their buck. It also frees advertisers from having to rely on social media and other “walled gardens” — with their inherent conflict of interest — to reach their target market. 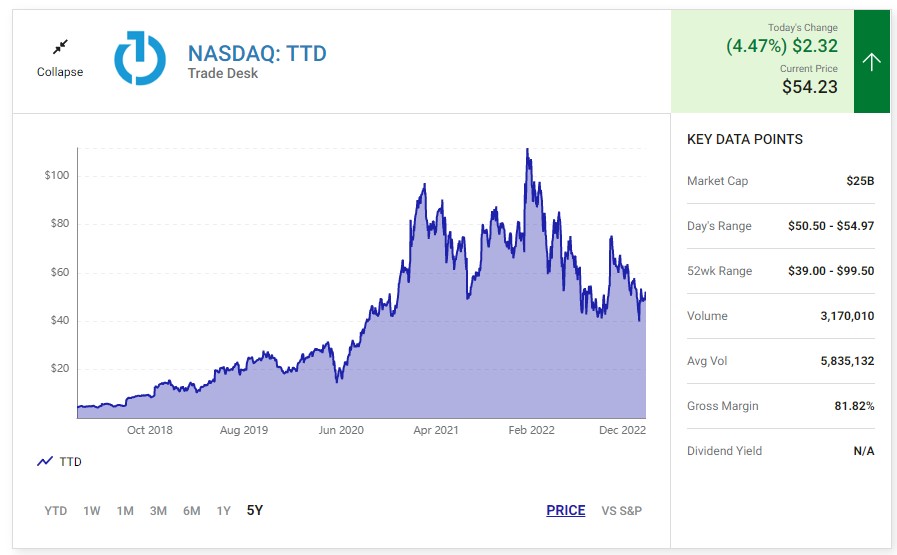 It gets better. The adtech leader created Unified ID 2.0 — the heir apparent to ad-tracking cookies — which has been adopted by the world’s biggest ad agencies and industry heavyweights. The Trade Desk also debuted OpenPath, a mechanism that gives advertisers direct access to ad inventory, thereby bypassing the intermediary and saving money for its customers.

Perhaps most impressively, The Trade Desk was able to buck the industry trend of diving growth rates. In the third quarter, revenue grew 31% year over year, down from 39% growth in the prior-year quarter — a far cry from the single-digit growth of some of its rivals. This helps illustrate the value that The Trade Desk brings to marketers, ensuring that the right ad appears in front of the right consumer at the right time.

The Trade Desk has never been cheap in terms of traditional valuation metrics, but it’s certainly cheaper than it’s been in years, trading for roughly 12 times next year’s sales. While a “reasonable” price-to-sale ratio is between 1 and 2, investors have historically awarded a greater premium to stocks with consistently high growth. The Trade Desk clears that bar with ease, up more than 2,600% since its initial public offering in September 2016.