There’s much more to the historic benefit increase on tap for 2023 than meets the eye.

For most retirees, Social Security is a financial lifeline they simply couldn’t do without. When national pollster Gallup surveyed retirees earlier this year, it found that just shy of 90% of beneficiaries needed their Social Security income to make ends meet.

Given the importance of Social Security to the financial well-being of our nation’s seniors, there’s no announcement more anticipated than the annual cost-of-living adjustment (COLA). This-year’s announcement will come on October 13, 2022 at 8:30 a.m. ET.

While the 2023 COLA offers plenty of promise on the surface, it becomes more of a good news/bad news scenario when you really dig into it.

Social Security’s COLA is designed to pass along a “raise” that accounts for this increase in costs from one year to the next. You’ll note “raise” is in quotation marks to reflect that this isn’t a payout increase designed to help recipients get ahead.

Since 1975, the Consumer Price Index for Urban Wage Earners and Clerical Workers (CPI-W) has been Social Security’s inflationary tether. This is an index with eight major spending categories and dozens upon dozens of subcategories, all of which have their own percentage weightings. This way, the CPI-W can be boiled down to a single figure that provides a clear year-over-year comparison showing whether prices are rising or falling. 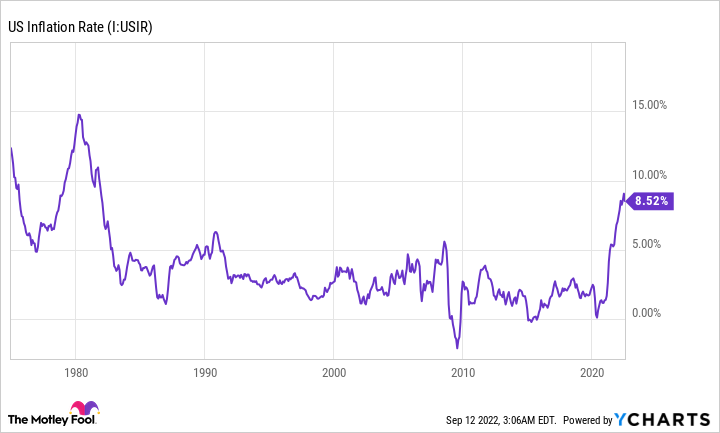 The good news: Social Security checks are expected to soar in 2023
Without question, the most positive takeaway for Social Security’s 2023 COLA is going to be the magnitude of the coming “raise.”

According to an August update from nonpartisan senior advocacy group The Senior Citizens League (TSCL), the expectation is for the 2023 COLA to come in at 9.6%. A 9.6% increase to Social Security checks would represent the biggest year-over-year percentage hike in 41 years and the fourth-largest since switching to the CPI-W as the program’s inflationary tether in 1975.

What would a 9.6% cost-of-living adjustment look like for the average retired worker? With the average monthly benefit for retired workers expected to reach $1,683 in December 2022, a 9.6% COLA would increase payouts by almost $162/month, or nearly $1,940 for the full year. On a nominal-dollar basis, it would represent the largest year-over-year hike on record.

The reason for this expected historic increase in Social Security checks is simple: Inflation is soaring. In July, the Consumer Price Index for All Urban Consumers (CPI-U) — (the CPI-U is a similar inflationary measure as the CPI-W) — rose a jaw-dropping 8.5% from the previous year. This was led by a 44% increase in gasoline costs, a 15.2% rise in electricity expenses, and an almost unfathomable 10.9% boost in food inflation from July 2021.

If TSCL’s projections prove accurate, seniors should have lots of extra cash hitting their bank accounts in less than four months.

While the idea of a nearly 10% boost to monthly Social Security checks probably has some beneficiaries excited, keep in mind that the only reason the COLA is high is because inflation has skyrocketed over the past year. For the senior citizens who make up the bulk of Social Security’s 65 million-plus beneficiaries, expenses for shelter, food, energy, and medical care have been climbing at a torrid pace. Even with an estimated 9.6% COLA, there’s no guarantee the inflation seniors are contending with will be fully offset by next-year’s payout increase.

If you’re wondering how this is possible, look no further than the CPI-W, which has proved to be a poor measure of the true inflation that seniors are contending with. As the CPI-W’s official name implies, this is an index that tracks the spending habits of urban and clerical workers. These are typically working-age Americans who aren’t receiving a Social Security benefit.

The end result is that core expenditures for seniors, such as shelter and medical costs, aren’t being given enough weighting. Conversely, less-important costs, like apparel, education, and transportation, are being overweighted by the CPI-W.

Although lawmakers from both parties agree that the CPI-W is doing a poor job of tracking the data that ultimately controls Social Security’s cost-of-living adjustment, they’ve been unable to find a common-ground solution. Long story short, no matter how high the COLA is in 2023 (or beyond), the purchasing power of Social Security income appears destined to decline even more.