He told us not to worry.

He wasn’t even convinced that inflation would sustain a rate of more than 2%.

I didn’t believe him…

I predicted that we would see a steady string of headline inflation numbers that would be much, much higher than anything we had seen in a long time.

Regrettably, I was correct.

Inflation has not only hit and surpassed 2% but also reached a sustained level that is multiples of 2%. 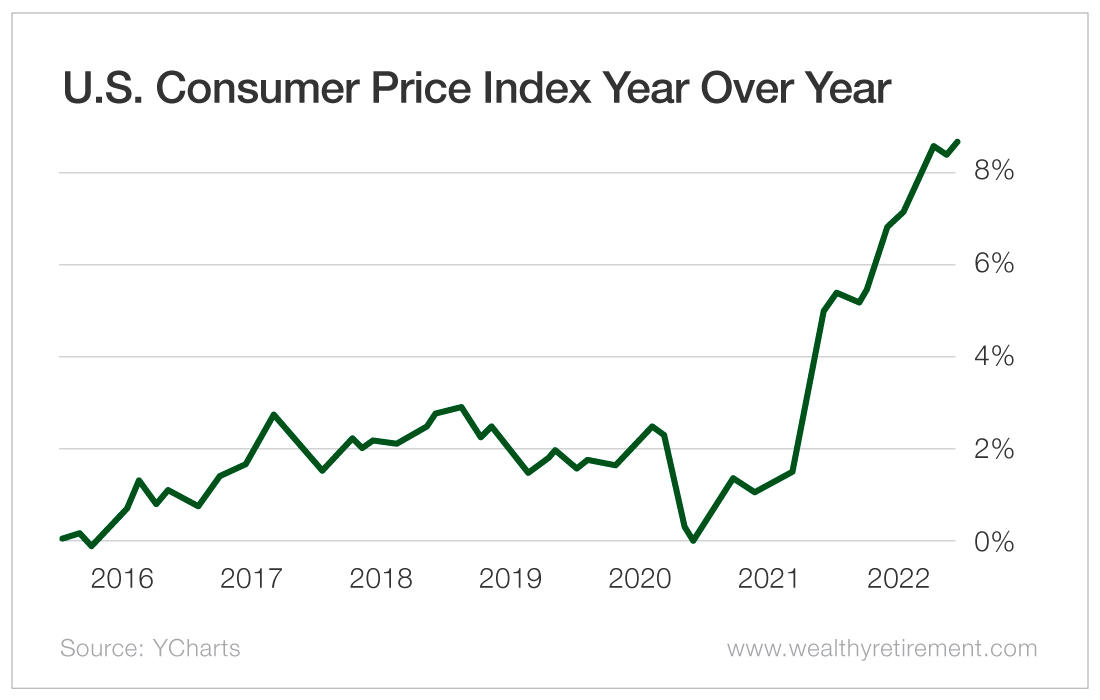 The 8.58% year-over-year increase in the consumer price index (CPI) that was posted in May was the highest reading we have had since 1981.

The vast majority of working adults and investors have no experience with this kind of environment.

It Looks Bad, but It’s Even Worse

But the reality is that May’s 8.58% reading is significantly understating how bad inflation really is.

A whopping third of the CPI is tied to the cost of shelter, which includes the cost of homes both for sale and for rent.

But the CPI doesn’t factor in actual housing prices.

Instead, it attempts to capture the change in homeowners’ estimated proceeds from renting their dwellings.

Without shelter coming in at 5.5%, the 8.58% CPI number would have been much higher in May.

But everyone in the country knows that the cost of housing and rent has increased by far more than 5.5% over the past year. 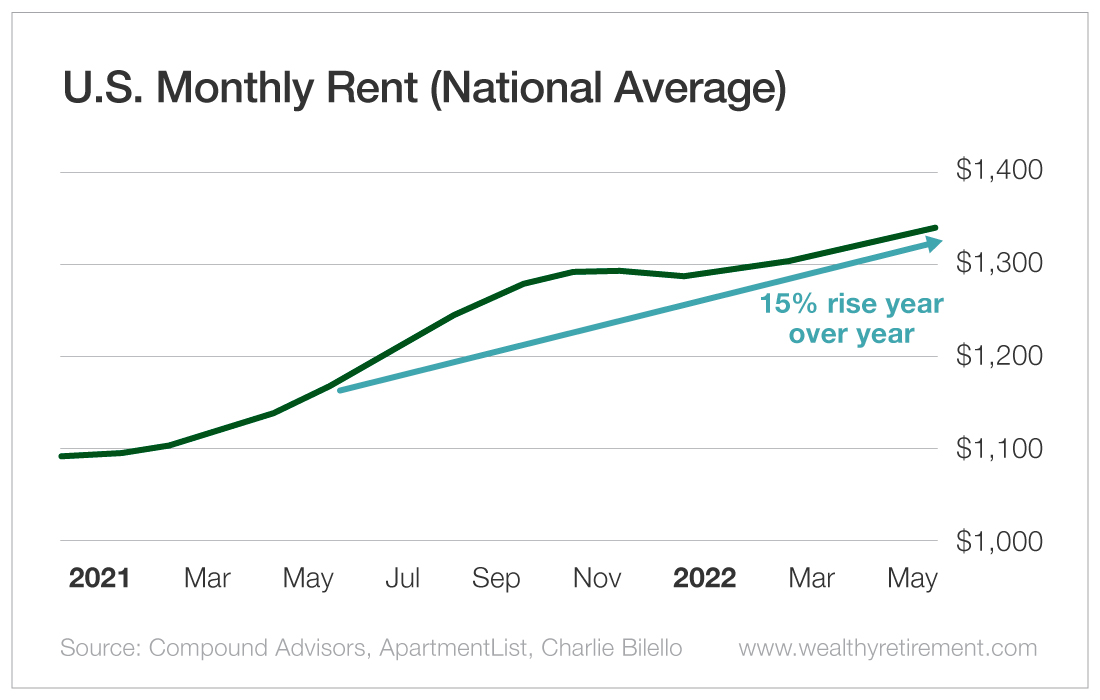 And home prices are up even more…

May saw housing prices increase by 20.6% year over year. 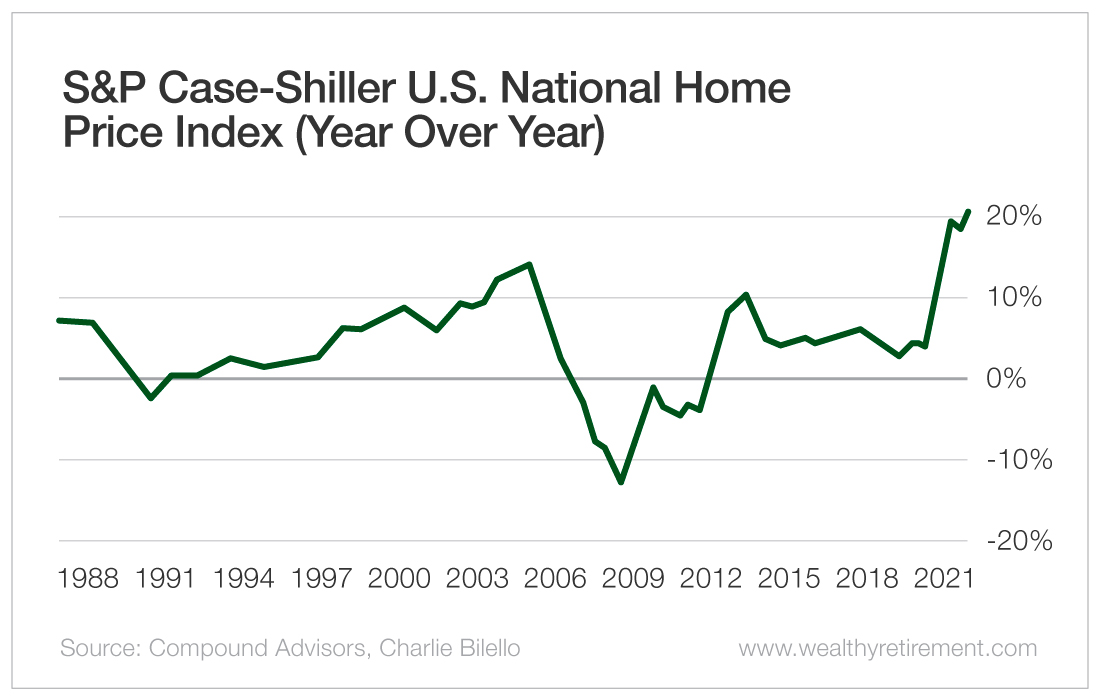 The CPI isn’t reflecting it yet, but we already have double-digit inflation in the United States.

There’s a delay in when true shelter figures get reflected in the CPI.

It generally takes about five quarters for trend changes in measured rental and home prices to appear in the CPI data.

So in the coming months, the housing component is going to start pushing the CPI inflation reading higher to match reality, even if some of the other inflationary pressures ease.

Be prepared for many months of tough inflation numbers.

This is far from over.