2020 ended on a bitter sweet note. Friday, which was the last trading day of the year, closed weakly. Nevertheless, overall the S&P 500 broke new records. Therein lies the concern that stocks are at all time highs, and with iffy sentiment. This makes finding cheap stocks to buy unnecessarily riskier than normal.

The bargain bin is in the small-caps, but there are a few large-caps also suffering. Today we try to catch three that are struggling to find footing. They don’t share a common ailment, but they could all use some investor love.

The fundamentals are solid enough that the management teams can sway sentiment. With a bit of luck, 2022 is the turn-around year for them. Only one of them has internal issues they must fix. The other two have to deal with outside negative influences.

This year will bring about the end of the quantitative easing. The Federal Reserve launched the beginning of the end last year with the taper. They tapered mildly in November, December and January. This month they will unveil their plans for the second stint. I expect them to accelerate their efforts, which should not matter much.

Having less medicine when the economy is healthy should not ruffle feathers. After all, they are combating inflation that they created on purpose. This week, the jobs report will shed some light on wage inflation. If the December unemployment and participation are too good, it might have an adverse reaction on stocks.

The good news is that this would represent economic strength. Investors may have headline shock, but eventually equities should recover. I don’t believe that the Fed will aggressively raise rates this year. They should use asset sales more vigorously first to crimp cash. Regardless, the upside opportunities in today’s stocks are return to normalcy stories. 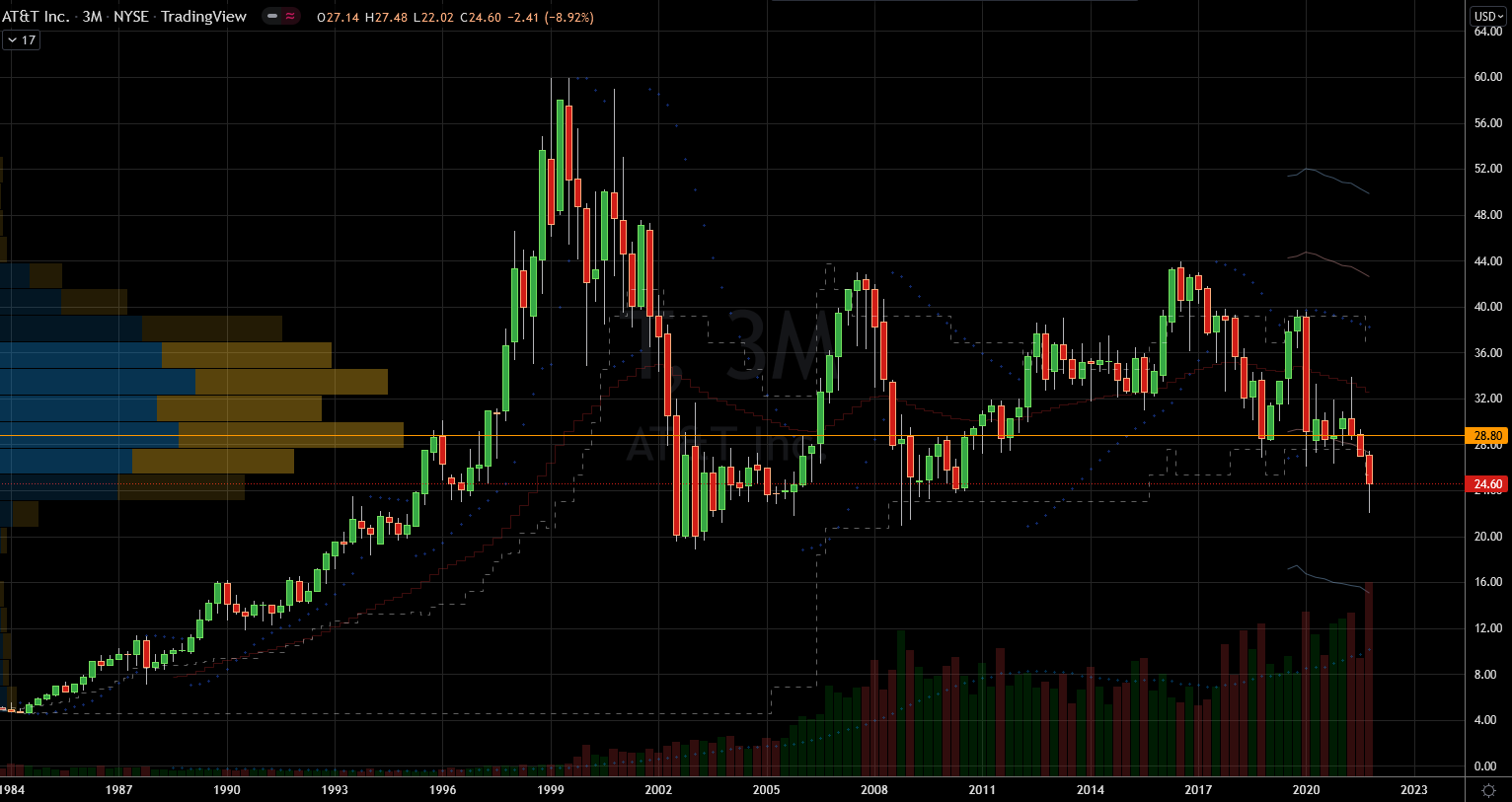 AT&T is the one that has intrinsic issues. It has lost most of Wall Street’s benefit of the doubt. Consensus is that they are starting to right the ship, but meanwhile the stock has collapsed. T stock is now at levels from 1993. Clearly investors have released all of the froth from it.

But this is what brings it into the basket of bargain stocks to buy. And to boot they will reward their investors with a fat dividend. The fixed-income payouts elsewhere have disappeared thanks to aggressive monetary policies. Collecting 9% from owning T shares sounds darn attractive.

AT&T has the same comeback opportunity that General Electric (NYSE:GE) had two years ago. Now GE has recovered its reputation and they are back on track. There is much improvement still, but perception is half the battle. AT&T can do that this year, so owning shares with patience is a proper thesis.

They have the cash to do it since the company’s financial metrics are still impressive. They generate $170 billion in sales and $43 billion in cash from operations. That is plenty of resources to execute on plans to right wrongs. Management focus is the wild card and last year they showed promise on that front. It is likely that they do more of this to streamline the business. 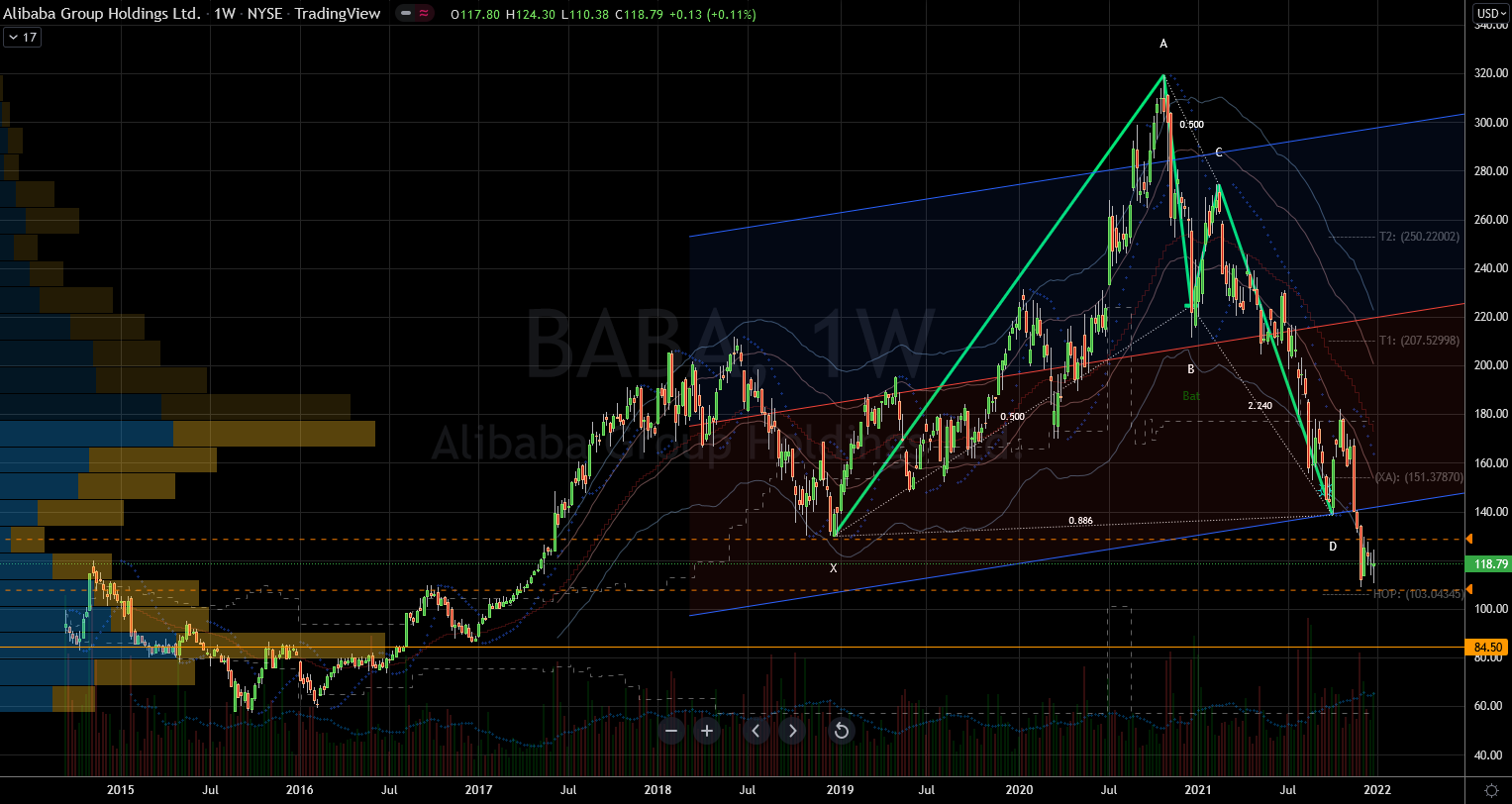 It was no secret last year that Alibaba suffered the wrath of its government. The BABA stock fell to a five-year low as a result. The zone below current price has been in contention even back to 2014. When that happens, stocks often find buyers. I admit, however, that this is a special condition, so caution still makes sense.

Fundamentally, the company is still a beast. No other public corporation can generate $100 billion in one day. BABA did that last November on its Singles’ Day event. They have delivered astonishing growth so far and that has not helped the stock. Revenues and net income now are 2.2 times and is 1.5 times of 2018, respectively. This is hardly the picture of a stock falling 60% non stop.

What is holding it back has nothing to do with financial success. It’s the political pressures from their government. The ultimate risk is that the stock will leave the U.S. markets. You just can’t measure that with financial metrics on a P&L or balance sheet.

This is why the opportunity in BABA stock remains speculative. I am very confident of the value that lives in the stock this year. I am less sure of the political risks that still linger. One would think that soon enough we will find out more about this. Meanwhile, it’s worth the risk with the proper size and stop loss bumpers. 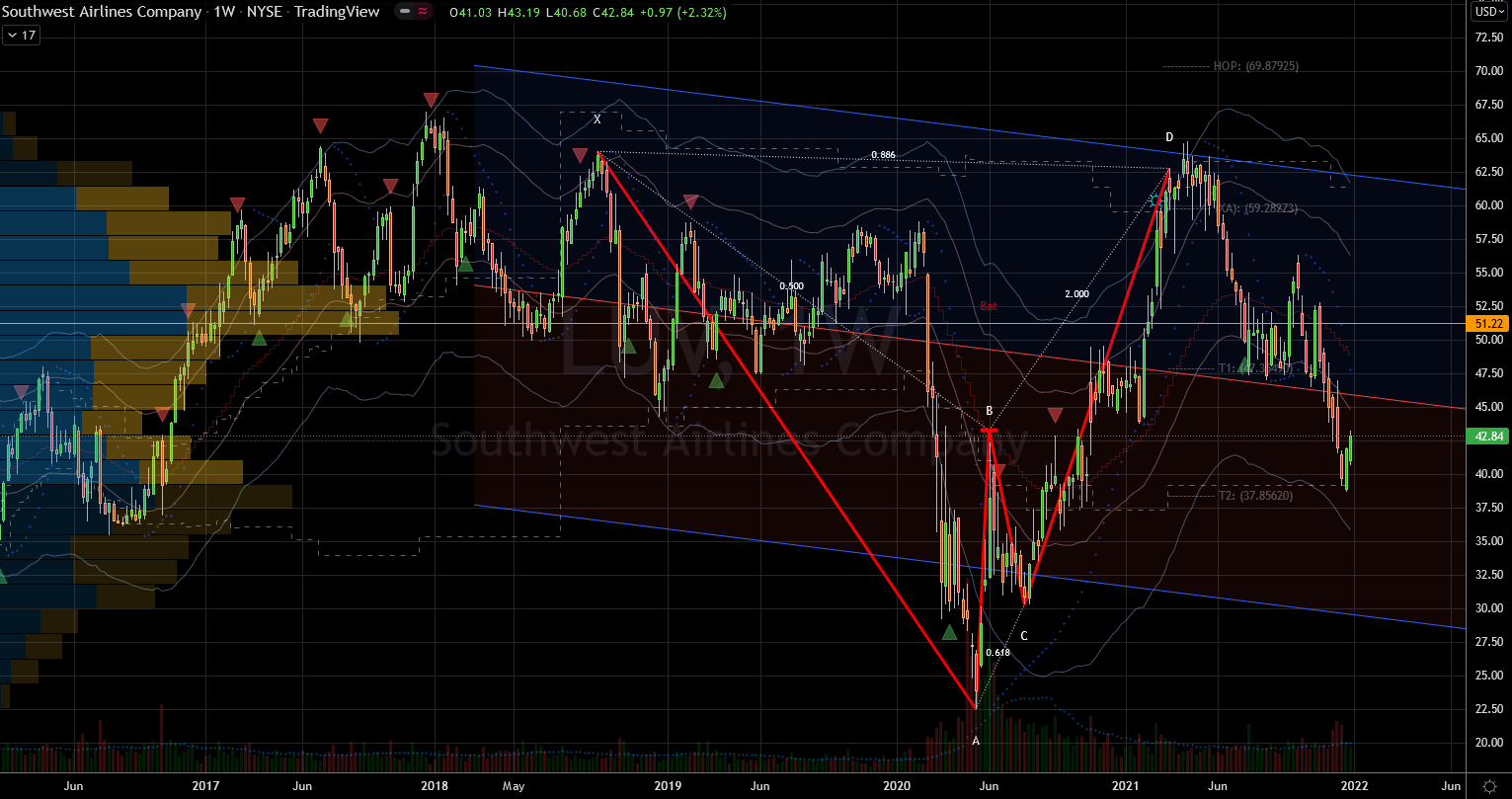 Not too long ago, airlines had a terrible reputation about their operations. They constantly were fighting a PR nightmare, like labor disputes to name one. But recently and pre-pandemic, they had started to change that negative investor narrative. Then those efforts ended with the global lockdowns.

The crisis was especially hard on businesses who need people mobility for success. They were at the forefront of that nightmare. Airlines all lost their sales streams, so they went into hibernation mode. This included leveraging up to survive the crisis. By borrowing, they all passed with good grades. Moreover, I especially favor LUV stock a bit more.

The airline came to market with the no-frills slogan from the beginning. This meant that they know how to operate on thin margins. Nevertheless, losing 60% of its sales leaves a lot of damage to fix. In 2019, LUV had $2 billion in net income. Now it is flat. At least this year they can solidly repair their cash flow from operations. This is critical so they can operate without needing to borrow more.

Recently, they had to cancel flights during the holidays. This is likely to be a small hiccup in the current quarterly report. Hopefully investors won’t punish the stock too harshly on the headline. By now it’s no longer a secret, so maybe they’ve priced it in already.