Warren Buffett needs no introduction. He built a personal fortune worth over $100 billion – purely through investing. And that’s after donating around $40 billion to charities.

He knows a thing or two about investing and making money. The interesting thing about it is, Buffett’s holdings are publicly known.

He manages a portfolio worth about $300 billion for his conglomerate, Berkshire Hathaway. And the holdings within that portfolio are available to us. So we can see exactly which businesses he’s invested in.

And I want to invest in these businesses when their valuations are attractive.

With that in mind, today, I want to tell you which three of Warren Buffett’s stocks look most buyable today. Ready?

Johnson & Johnson is a world-class healthcare conglomerate, and it’s one of my very favorite dividend growth stocks.

Johnson & Johnson is kind of like Warren Buffett. Neither needs any introduction. Both have done amazing things over a very long period of time. And there’s not much that can be said about either that hasn’t already been said. Shouldn’t be any surprise that Buffett holds a small stake in the healthcare company. What particularly appeals to me about Johnson & Johnson is its quality.

Want evidence of durability, consistency, and quality? How about 59 consecutive years of dividend increases. 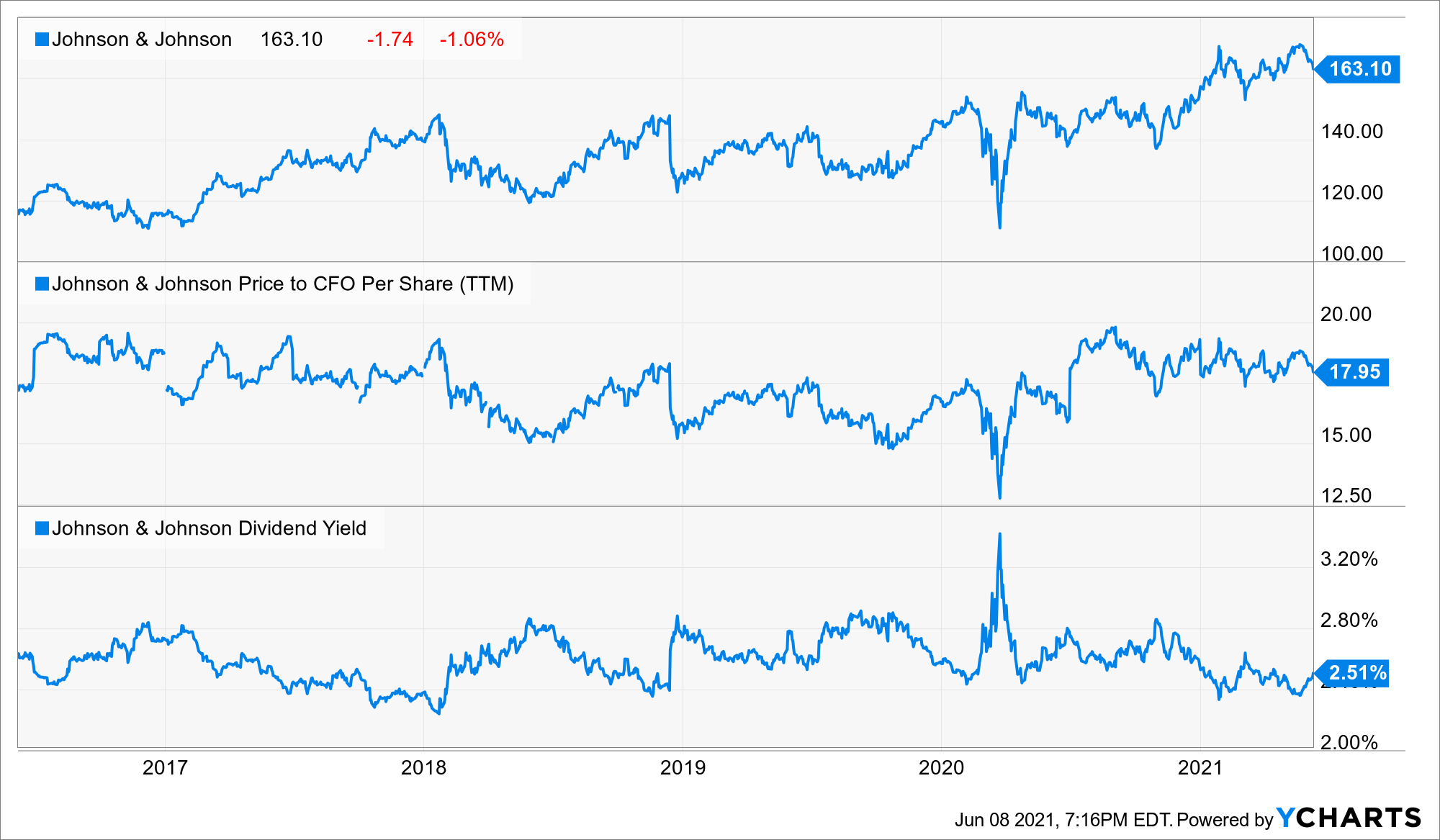 There aren’t many companies in the world that can claim something like that. Another aspect of this business that puts it in rarefied company? Their balance sheet. It’s one of only two companies in the world with AAA-rated debt from Standard & Poors. If you want a blue-chip stock that bleeds the bluest blue you’ll find, this stock is it.

Most relevant to today’s article, the stock’s valuation is reasonable.

No, it’s not the absolute cheapest stock in the market. But you get what you pay for. If you want quality, you have to pay up. This stock trades hands for a P/CF ratio of 18.3, which is only slightly in excess of the broader market’s cash flow multiple. And the stock’s 2.6% yield is right in line with its own five-year average. This stock is one of my top five stocks for 2021. It’s a long-term winner.

Another healthcare company, but Merck is a pharmaceutical play only.

Whereas Johnson & Johnson is exposed to pharma, medical devices, and consumer products, Merck is only a drug company. But this focus doesn’t make it a poor investment at all. Like Johnson & Johnson, it’s a blue-chip stock that’s also in the Dow Jones Industrial Average. And what you get in exchange for a lack of product diversification is a higher yield here. 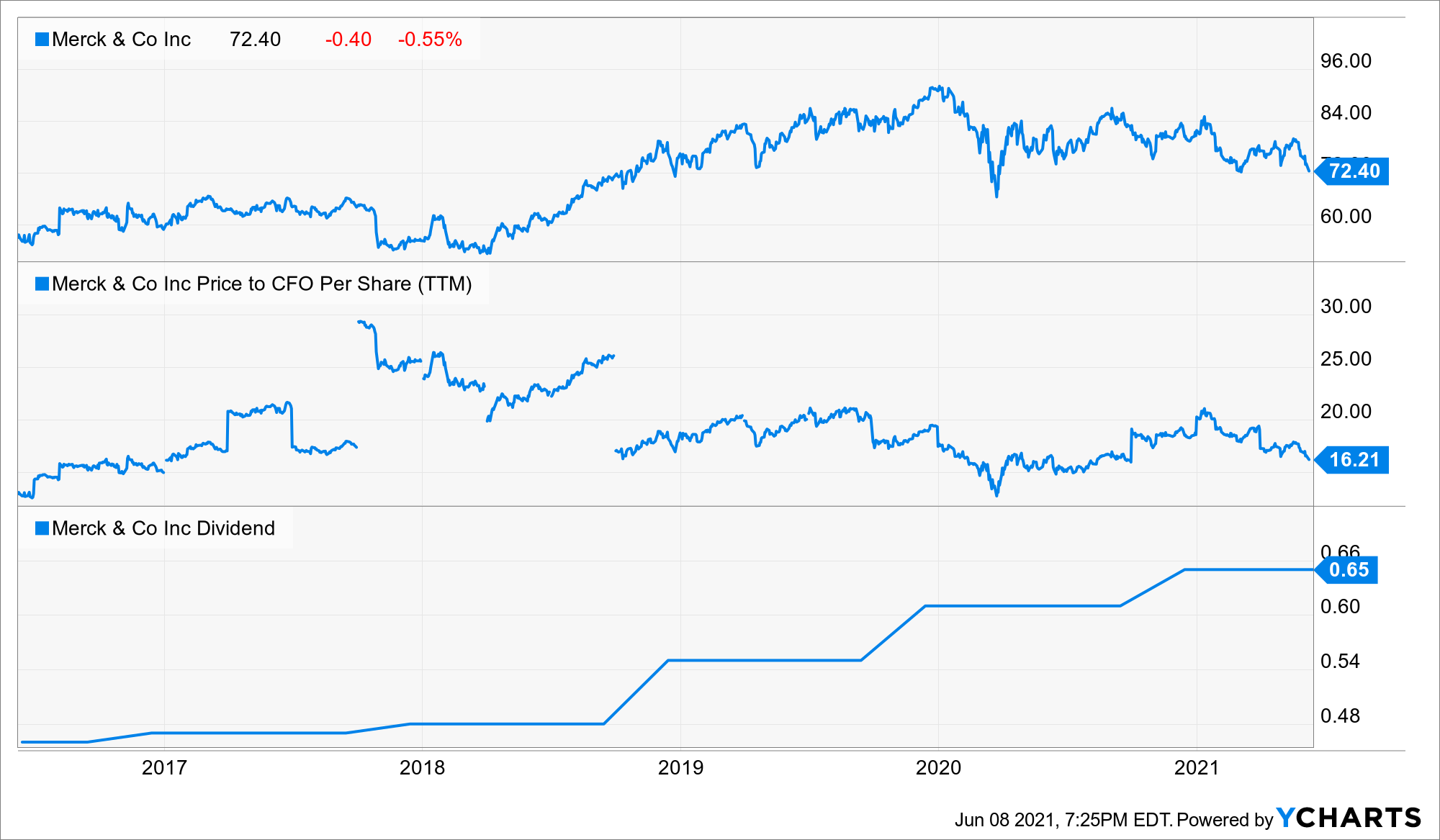 That yield doesn’t just beat the market, by the way. It’s also 60 basis points higher than the stock’s own five-year average yield. Plus, Merck has been increasing its dividend for 10 consecutive years, and I think they’re just getting started with that. Merck is unloved and underappreciated, in my opinion. And because of that, it looks undervalued.

It’s even cheaper than Johnson & Johnson, with its P/CF ratio of 16.6.

That’s lower than the S&P 500’s cash flow multiple. It’s also lower than the stock’s own five-year average P/CF of 19.0. We just covered Merck in a full analysis and valuation video back in late March, valuing it at slightly over $100/share. With the stock below $75/share, there could be a ton of upside here. Plus, you get that sweet dividend and the opportunity to invest alongside Buffett.

Verizon is a telecommunications giant.

And while you wait for the 5G revolution to play out, you get to collect a market-smashing 4.4% yield. 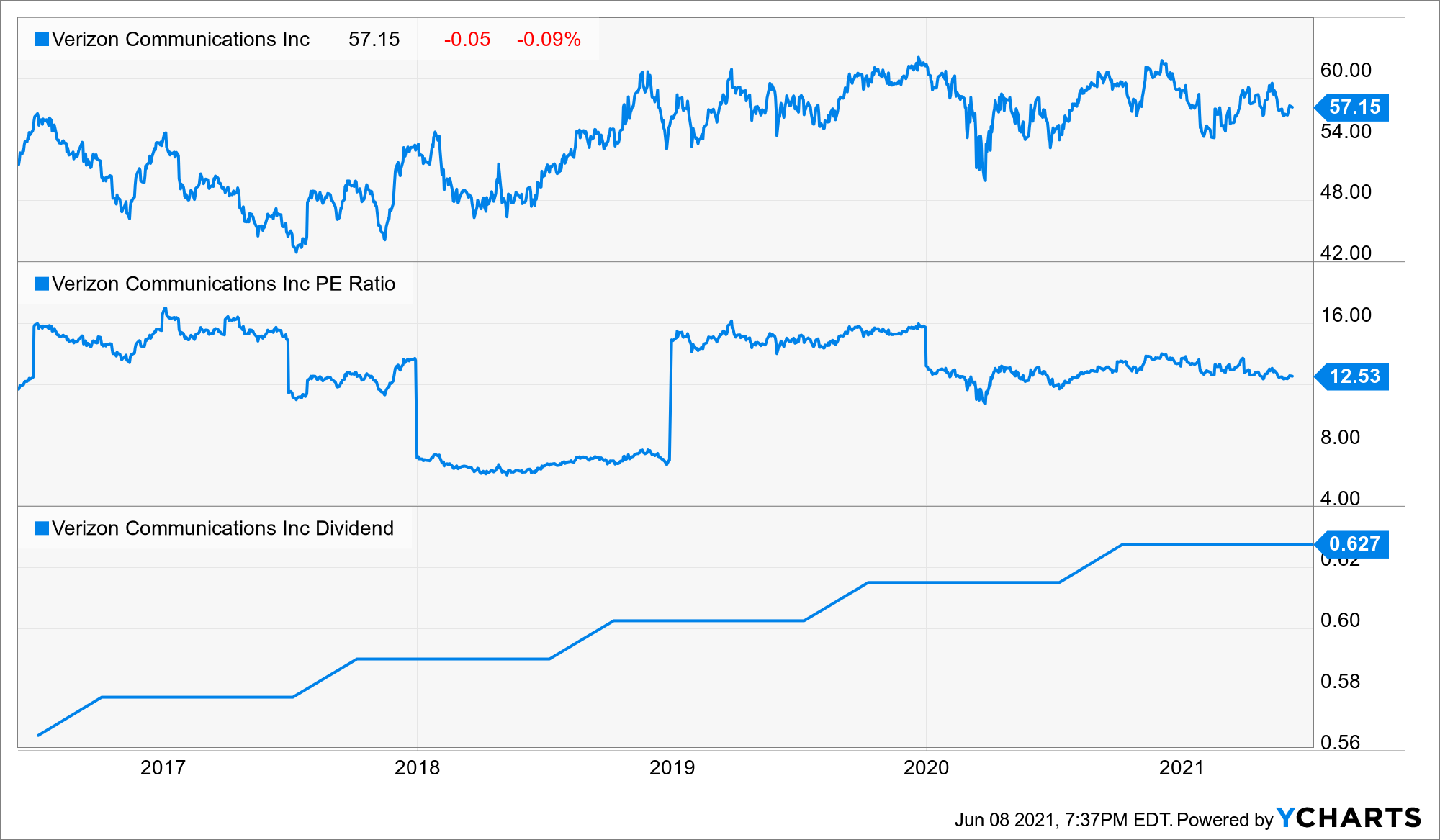 Buffett is famous for his affinity for dividends. Especially large, growing dividends. Verizon’s dividend is three times higher than what you’d get with the broader market. And it’s growing. They’ve increased their dividend for 16 consecutive years. While the low-single-digit dividend growth rate won’t drop any jaws, the yield is 20 basis points higher than its five-year average and high enough to warrant attention from any investor, including, obviously, Buffett.

In fact, Buffett likes this stock so much, he’s been buying it hand over fist.

What’s better than investing alongside Buffett? How about buying alongside Buffett? As we covered in a video only a few weeks ago, Buffett bought up a lot of Verizon stock in the first quarter of this year and now has $9 billion invested in Verizon. With its P/E ratio sitting below 13, the valuation is extremely undemanding. This stock gives you the chance to invest like Buffett, buy like Buffett, and collect a fat, growing dividend like Buffett.