They say you never forget your “first.” And if “they” are talking about laptop computers, in my case, they’re right.

Shortly after I began working on a trading desk, my company assigned an IBM ThinkPad to me. The machine was a beast. I could run Bloomberg and my trading software from anywhere in the world.

I thought I was pretty hot stuff… sometimes I still do.

The same can’t be said for IBM‘s (NYSE: IBM) stock price. Since the turn of the century, IBM’s share price has risen less than 1% on average a year.

Yet Big Blue is the Rodney Dangerfield of dividend stocks. It gets no respect.

Despite its impressive track record of more than 25 years of dividend raises, IBM is recognized more for being a Dog of the Dow than for being a Dividend Aristocrat.

But IBM is no dividend dog.

But this year, free cash flow is expected to take a nosedive by more than 44% to $8.5 billion. IBM is preparing to spin off its infrastructure business by the end of 2021 to concentrate on its higher-growth artificial intelligence (AI) and hybrid cloud business. 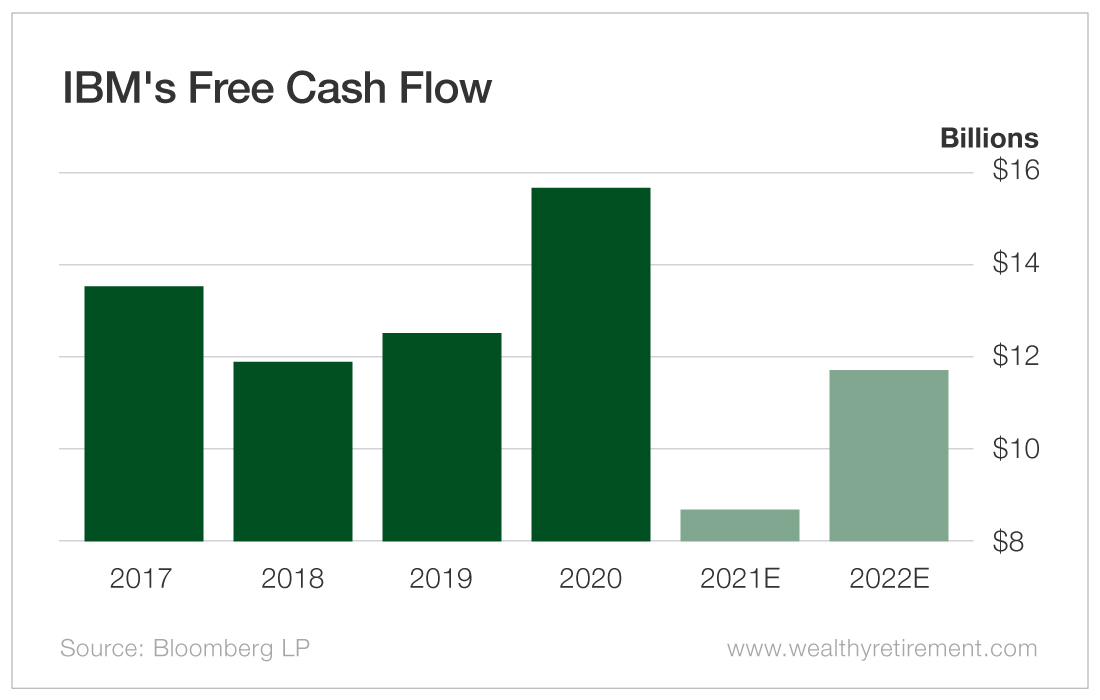 That drop-off shouldn’t concern investors too much. Big Blue will still have more than enough cash coming in the door to fund another dividend raise.

This year, IBM is expected to pay out $6 billion in dividends. Its payout ratio is projected to rise to 69% this year from 37% in 2020. That’s still well below SafetyNet Pro‘s usual 75% comfort level.

Plus, IBM has more than $13.8 billion in cash on its balance sheet to backstop any further free cash flow declines, making IBM one of the safest 5%-plus yields in the market today.