Apple Inc. (AAPL) – is one of the best businesses humankind has ever seen. It’s a true marvel. They sell products. They provide services.

You could argue they’re every type of business that exists. Tech, consumer, payments, even healthcare at this point.

One of my favorite aspects of the business? They provide a safe, growing dividend.

See, I only invest in companies that directly share with me my fair share of profits. As a shareholder, I own part of a publicly-traded company. The profit they earn is technically my profit. And that’s where dividends come in.

As corporate profit flows and grows, so should my dividend payments. Well, Apple gets this. They really, really get this. They’ve increased their dividend like clockwork over the last decade. And I’m going to give you three reasons why they’re about to do it again.

The first reason is simple. They have a very consistent track record of doing this. An object in motion tends to stay in motion. Well, Apple’s dividend is in motion. Upward motion. They’ve increased their dividend for nine consecutive years. Somewhere between the last week of April and the first week of May, Apple increases their dividend. It’s about as sure a thing as you’ll find.

It’s almost as sure to happen as the sun rising in the morning. And what better way to wake up than to a dividend increase? The five year dividend growth rate is 9.7%, which is outstanding and well in excess of inflation. This makes up for the low yield of 0.7%.

This isn’t a big income stock. It’s instead a long-term compounder that’ll exponentially grow your wealth and passive dividend income. I regard it as a must-own stock for serious dividend growth investors.

The second reason Apple will soon increase their dividend? Just look at the money. You know, that giant pile of it. Apple may as well be renamed the US Treasury Department. They practically print money. The dividend costs the company over $14 billion per year. Sounds like a lot. Until you realize they brought in over $57 billion in net income last fiscal year – during a global pandemic.

That net income for one year is greater than the entire market cap of the Chipotle restaurant chain. Wow. And that’s before getting into the cash on the balance sheet, which is substantial.

Check this out. As of the end of last fiscal year, Apple had over $90 billion in total cash on the balance sheet. That would, on its own, be enough to fund the dividend for years to come. This fortress balance sheet means the dividend isn’t only sure to increase, but it’s also one of the safest dividends out there. 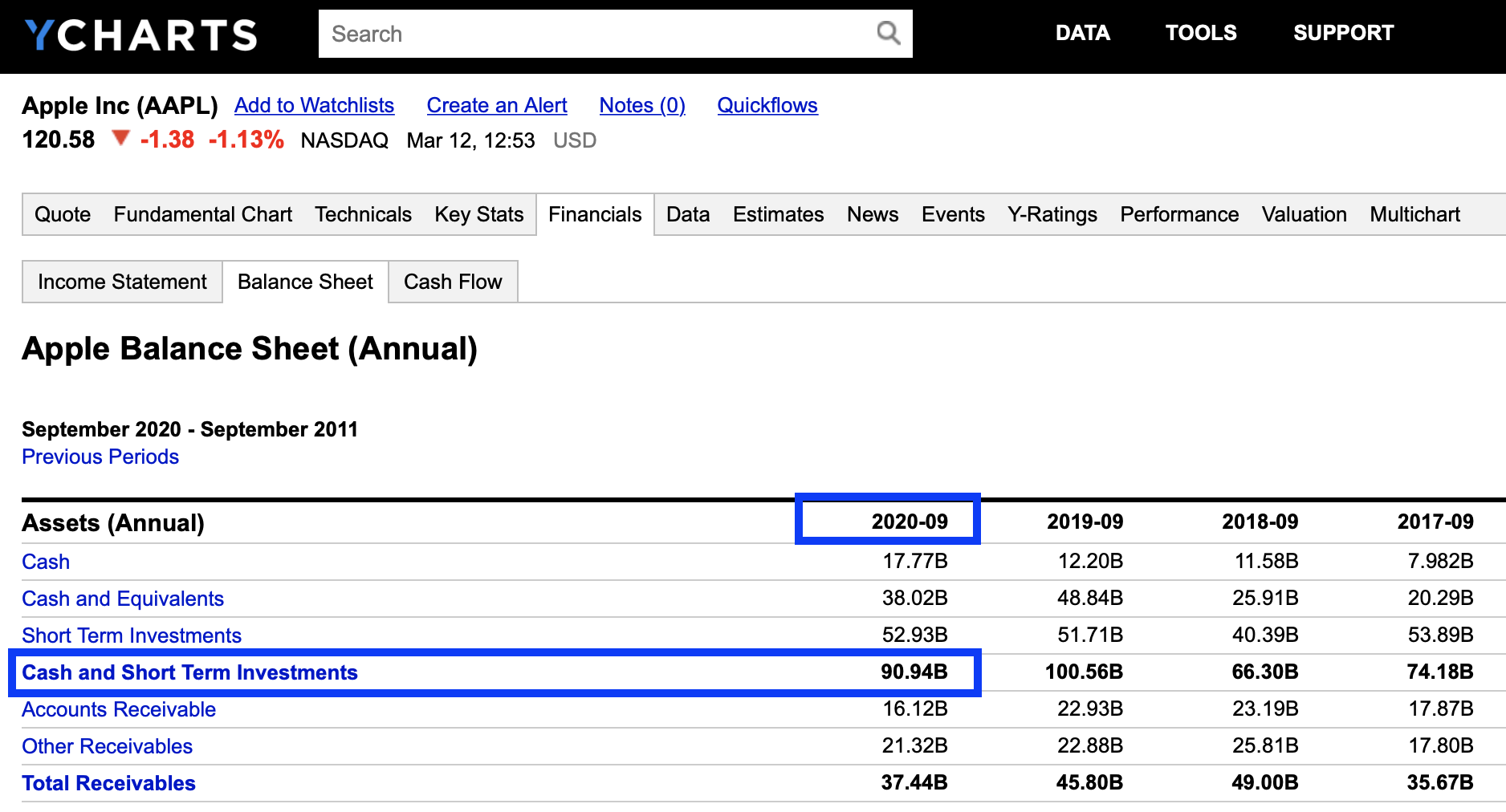 Taken from part of a longer statement on the dividend, he said exactly this: …”we plan for annual dividend increases…” Say no more, Tim.

Music to my ears. And if you’re a shareholder, it should be music to your ears, too. Grass is green. The sky is blue. Water is wet. And Apple’s dividend is obviously about to increase yet again, in the late April to early May timeframe. You can count on that.