The oil and gas sector has gotten crushed in 2020. And unlike much of the rest of the market, it has not rebounded from our brutal March crash.

Incredibly, the sector now trades below where it was in April, when the price of oil actually went negative for a stretch!

Here is the not-so-pretty picture of the Energy Select Sector SPDR Fund (NYSE: XLE) over the past three years… 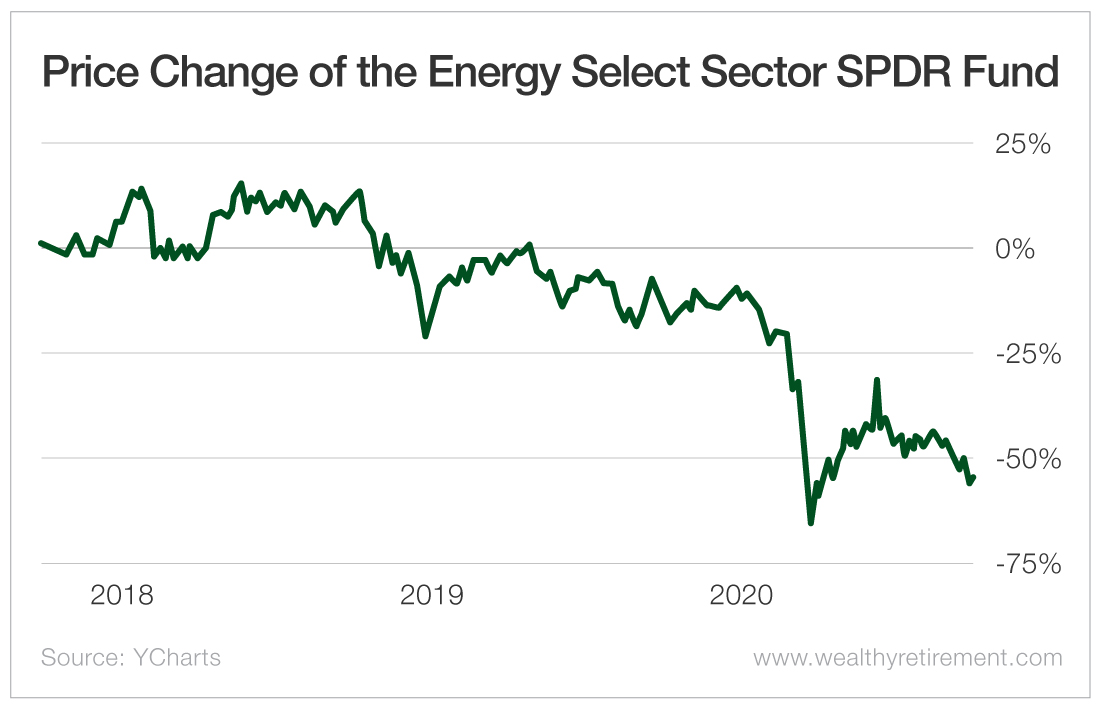 This has the contrarian in me intrigued.

Given that oil is at $40 (and not below zero, like it was in April), a person might be inclined to think that share prices of energy companies should be trading higher.

But instead, oil producers now trade at less than half of where they’ve been for most of the past three years. And that’s despite the fact that oil prices weren’t much different from where they are today.

This begs the question: Is the energy sector a bargain today?

The Elephant on the Rig

In the commodity business, price is set by supply and demand.

Low prices depress supply and increase demand. That is why the price of oil has historically always recovered from crashes.

But now it’s clear that the future is going to be different. And one energy game changer threatens to change everything for oil producers…

That game changer is the electric car. Without a doubt, the standard internal combustion engine is on its way out.

That is huge for oil because combustion engine automobiles are the largest source of oil demand.

It seems like almost every day now, a government somewhere in the world announces a date when sales of combustion engine vehicles will be banned.

Much of Europe has that same 2030 timeline. Even China has indicated that it will follow suit.

This is why every single automobile manufacturer of consequence is rapidly developing electric cars. Costs of these electric cars are coming down, and performance is going up.

The transition to electric automobiles is coming, and I suspect it could happen a lot faster than many people anticipate.

As a result, oil demand will never be the same.

To answer this, we can look at parallels between the oil and tobacco industries…

Every year since 1997, tobacco giant Altria Group (NYSE: MO) has experienced a decline in cigarette volumes sold. Yet despite that constant sales decline, its share price has gone from $10 to nearly $40. 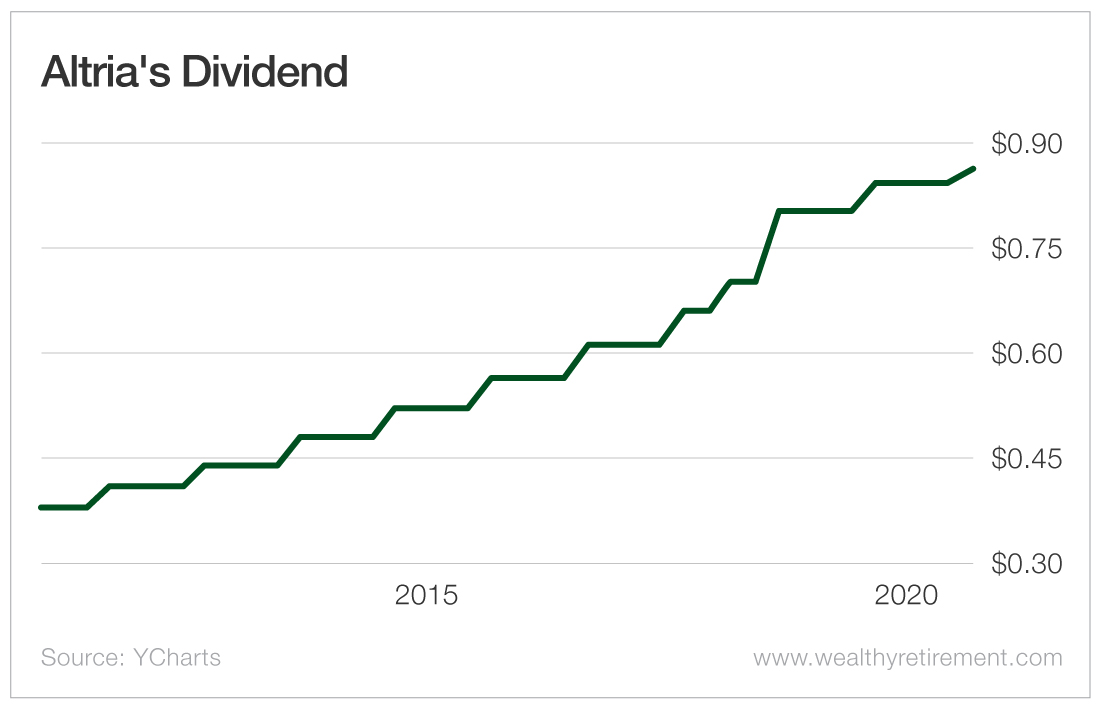 The future for Big Tobacco has looked bleak for decades, but Altria shares have still managed to be an excellent investment.

And in 1997, Altria shares were beaten down just like shares of oil producers today.

Perhaps Big Oil can also face declining demand but be a rewarding investment for shareholders?

It’s not impossible. But I simply don’t know. No one truly has a handle on how quickly the electric car will make a dent in demand.

My concern for oil producers stems from what we have just witnessed happen to coal producers.

The demand for coal has fallen much faster and further than anyone expected. As a result, bankruptcies in the coal sector have been happening left and right.

Coal producers looked cheap. They were cheap for a very good reason.

The one advantage that a tobacco company like Altria has over oil or coal producers is that it isn’t selling a commodity – it is selling a brand. Manufacturers selling brands have pricing power, and that is something that commodity producers will never have.

Because I think predicting the future for oil producers is too hard, I prefer to stay away.

That might mean I miss out on what turns out to be a great investment, but I’m okay with that. There are other fish in the sea.