The world is always changing.

But large, exogenous events have a way of accelerating change.

The COVID-19 pandemic appears to be an example of such an event.

This can scare investors – we like to see a degree of certainty with our investments.

And that’s why it might make sense for us investors to put our capital to work in business models that offer immutable and investable truths.

Many business models cater to these truths.

And they make a lot of money doing so.

Better yet, they’re making so much money, they’re returning a good portion of it back to their shareholders via growing cash dividends. It’s a sweet deal for investors.

That’s what dividend growth investing is all about.

It’s a strategy that advocates investing in world-class enterprises that pay reliable and rising cash dividends.

You buy these shares at attractive prices and hold for the long term.

I’ve spent a number of years investing in high-quality dividend growth stocks like those you’ll find on the Dividend Champions, Contenders, and Challengers list.

And I built my real-money FIRE Fund in the process, which n generates enough five-figure passive dividend income for me to live off of.

I went from below broke at age 27 to financially free at 33 by living below my means and intelligently investing my capital in these businesses, as I lay out in my Early Retirement Blueprint.

But one has to be thoughtful with every investment.

Fundamental analysis and valuation are both critical.

The latter aspect in particular can be paramount to the outcome of an investment.

Price is only what you pay. Value is what you actually get. 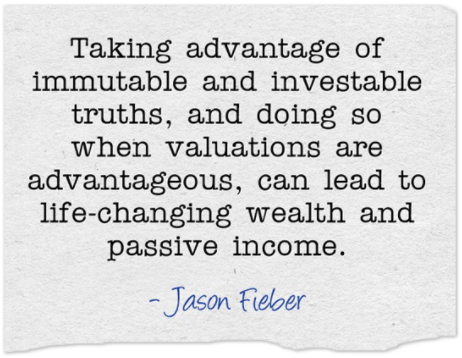 Taking advantage of immutable and investable truths, and doing so when valuations are advantageous, can lead to life-changing wealth and passive income.

Fortunately, estimating the intrinsic value of a stock isn’t that hard.

Fellow contributor Dave Van Knapp has made it easier than ever with Lesson 11: Valuation.

This lesson is part of an overarching series of “lessons” on DGI.

Lesson 11 provides a set of valuation principles and tools that can be easily applied to almost any dividend growth stock out there.

With corporate roots dating back to over 125 years ago, Pinnacle West is now an ~$8 billion (by market cap) company that serves 1.2 million customers.

The company’s one reportable segment is their regulated electricity segment, which consists of traditional regulated retail and wholesale electricity businesses engaged in electricity generation, transmission, and distribution.

APS is vertically integrated and provides retail or wholesale electric service to almost the entire state of Arizona, excepting the metro Tucson area and about half of the metro Phoenix area.

Roughly half of the company’s energy mix comes from clean resources. Furthermore, they recently announced a plan to deliver 100% clean, carbon-free electricity by 2050.

I mentioned immutable and investable truths at the outset of this article.

One such truth is that our modern-day society cannot function without electricity.

Not only is it investable, it’s profitable.

Quality US electric utilities tend to grow their profit like clockwork.

They provide a necessary service to a captive customer base. And they do this in a monopolistic way, as one utility company tends to serve one area.

That growing profit translates to plenty of growing dividends, as Pinnacle West has proven out.

The company has increased its dividend for eight consecutive years, with a five-year dividend growth rate of 5.4%.

This yield is more than twice as high as the broader market’s yield.

And with a payout ratio of 58.9%, the dividend is secure.

But it’s ultimately those future dividends and dividend raises that investors care about.

We put today’s capital at risk for tomorrow’s rewards.

Thus, I’ll now build out a forward-looking growth trajectory for the company, which will later help us estimate the stock’s intrinsic value.

This trajectory will partially rely on a framework that includes what the business has done over the last decade in terms of top-line and bottom-line growth.

Then I’ll compare that track record to a near-term professional prognostication for profit growth.

Blending the proven past with a future forecast in this way should allow us to draw some conclusions about where Pinnacle West is going.

Utilities don’t wow you with growth. Instead, they just plod along, slow and steady.

And that’s sometimes just what you want from an investment, especially when you’re relying on it for growing dividends.

Notably, Pinnacle West, unlike some other utilities out there, has not issued a lot of new shares over the last decade. I see that lack of dilution as prudent capital management.

Looking forward, CFRA is forecasting a compound annual growth rate of 4% for Pinnacle West’s EPS over the next three years.

This is basically an assumption of the status quo continuing.

I think that makes sense, although I’d argue it might be conservative.

There’s an indication that the utility will see an acceleration in growth.

One big advantage for Pinnacle West is the very service area in which they operate.

I’d like to point to this specific note by CFRA:

“According to the Phoenix business journal, Taylor Morrison Home Corp., a Scottsdale homebuilder, had its best month ever, despite the pandemic. The company finished June 2020 with a 94% increase in net sales year-over-year and had an all-time high monthly pace of average sales per community. Further demonstrating the strength in Pinnacle West’s market, the Phoenix business journal reported 9% year-over-year gains in home price growth during Q2, representing the highest growth among 19 U.S. cities measured by the Case–Shiller Index.”

This bodes well for Pinnacle West.

And that should make investors very happy, when considering the stock’s elevated starting yield.

Moving over to the balance sheet, the company maintains a fairly standard financial position for a utility.

The long-term debt/equity ratio is 0.89, while the interest coverage ratio is a bit under 4.

Profitability is strong. Margins are impressive.

Over the last five years, the firm has averaged annual net margin of 13.64% and annual return on equity of 9.85%.

One of the great things about electric utilities is, they haven’t really been affected by the pandemic.

Usage might have become more decentralized, but nobody’s going without electricity all of the sudden.

Moreover, US electric utilities benefit from monopolistic characteristics, which is a competitive advantage.

There’s typically only one electric provider in any one service area. And a unique regulatory structure practically guarantees profit. In addition, the company has scale.

While an electric utility doesn’t necessarily have “competition” in the traditional sense, there is the risk of its customers becoming competitors in the future – advancements in technology could allow for widescale renewable power generation to occur at the point of usage.

Regulation offers both risk and reward for electric utilities.

Local governments heavily regulate utilities and cap their growth. In exchange, utilities are allowed to run local monopolies that have built-in profit which scales up with operational costs.

There’s also geographic risk here. Utilities don’t have the ability to expand their coverage areas very much, so they largely rely on the underlying growth of those areas.

Fortunately, Pinnacle West is in one of the highest-growing areas of the United States.

I also see pricing risk. The company purchases some of their power. This leaves them vulnerable to swings in natural gas prices.

Lastly, there’s nuclear risk. Pinnacle West has an interest in the Palo Verde nuclear plant, the largest nuclear plant in the US.

Overall, I see this as one of the higher-quality electric utilities out there.

At the right valuation, this could make for a great long-term investment for both income and growth.

With the stock down 33% from its 52-week high, the valuation now appears to be compelling…

That’s well below where the broader market is at.

The current P/CF ratio of 8.2 is slightly disconnected from its three-year average of 8.6.

And the yield, as noted earlier, is significantly higher than its own recent historical average.

So the stock does look cheap based on basic valuation metrics. But how cheap might it be? What would a reasonable estimate of intrinsic value look like?

I factored in a 9% discount rate (to account for the high yield) and a long-term dividend growth rate of 5%.

This DGR is right in line with the company’s own five-year dividend growth rate.

As I pointed out earlier, I think this is a pretty reasonable expectation for where things should go.

The payout ratio is moderate, they’ve proven capable of this kind of dividend growth, and their service area is experiencing a large influx of people.

I don’t think this is setting the bar too high. Indeed, their most recent dividend increase was 6%.

There was nothing aggressive about my valuation, yet the stock still looks very cheap.

Morningstar rates PNW as a 4-star stock, with a fair value estimate of $89.00.

I came out on the low end this time around. Averaging the three numbers out gives us a final valuation of $85.39, which would indicate the stock is possibly 20% undervalued.

Bottom line: Pinnacle West Capital Corporation (PNW) is a quality US utility business that benefits from the immutable truth that is the need for electricity. It’s been virtually unaffected by the pandemic. And it’s operating in one of the fastest-growing areas in the United States. With a market-smashing yield of almost 4.5%, solid dividend growth, a moderate payout ratio, and the potential that shares are 20% undervalued, this is a stock that all dividend growth investors should be looking at.