In retirement, you can say goodbye to bosses, time clocks, and unpleasant office meetings — but you cannot escape taxes. Uncle Sam wants a chunk of your retirement income, whether it comes from your 401(k), traditional IRA, or Social Security benefits. And your home state might get a piece of the action, too.

Taxes are an easily overlooked retirement expense. You might make plans generally to live off $70,000 annually in your golden years.

But if that money is coming from a 401(k), traditional IRA, or Social Security, your first budget line item has to be those income taxes.

Otherwise, you may not have enough cash to cover your living expenses, or you’ll owe a bunch come tax day.

Your 401(k) and IRA distributions are generally taxed as ordinary income, like a paycheck. But taxes on Social Security benefits get more complicated.

The federal government has one set of rules, and the states each have another. Here’s how it breaks down.

How the feds tax your Social Security benefit 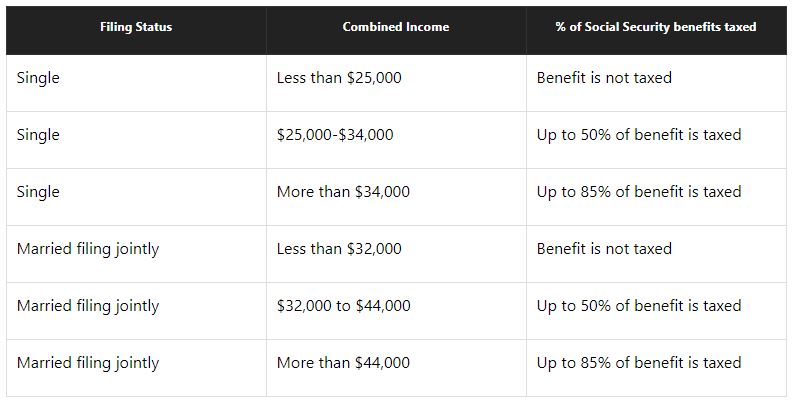 In Utah, your Social Security benefit is included in your AGI and taxed as normal income at 5%.

New Mexico also taxes your Social Security benefit. Taxpayers over the age of 65 may qualify for an exemption of up to $8,000, depending on their income level.

These states tax Social Security like the feds do

Three states follow the federal government’s tiered system and tax up to 85% of the benefit, based on combined income: Minnesota, North Dakota, and West Virginia.

Minnesota does allow Social Security recipients to exclude a portion of their benefits from state taxes, depending on income level. Single filers whose provisional income is less than $61,080 can subtract $4,020 from their income to calculate their state tax. Married filers who make less than $78,180 can subtract $5,150. Those deductions get reduced at higher income levels and phase out completely at an income of $81,180 for single filers, or $103,930 for joint filers.

These states only tax Social Security at certain income levels

Nine states tax your Social Security benefits based on your income, as shown in the table below. 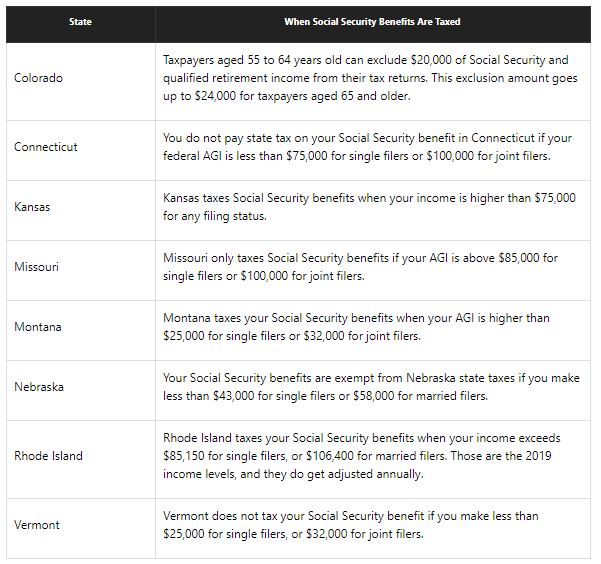 If you want to protect your Social Security benefit as much as possible, consider relocating to one of these 37 states — your entire benefit will be exempt from state income tax. 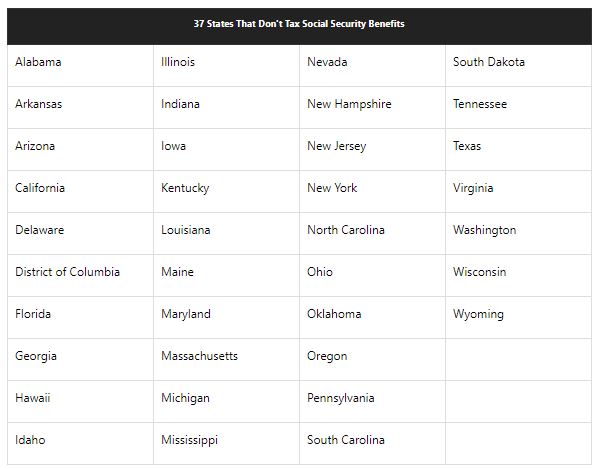 You’re likely to pay some form of taxes in your golden years. Budget for them now so you’re not caught off-guard after you’ve left the workforce.

Your Complete Guide to Municipal Bonds

Upgrades and Downgrades for Thursday, 8/6