Note from Daily Trade Alert: We’re launching a brand new column geared entirely for new investors! We don’t have a name for it yet, but it will be headed up by our good friend, Liz. Liz is a millennial who admits she knows practically NOTHING about investing. Which is actually quite perfect for this column, since many of you reading it may be in similar situations — you’ll be learning together! Liz will essentially be starting from scratch in 2020 and taking us along on her journey as she learns how to make smart investments that can help her achieve her goal: to generate passive income so she can be more selective with the freelance work she takes on, as well as spend more time enjoying her two horses, Cairo and Nimbus. Read on for Liz’s inaugural post! 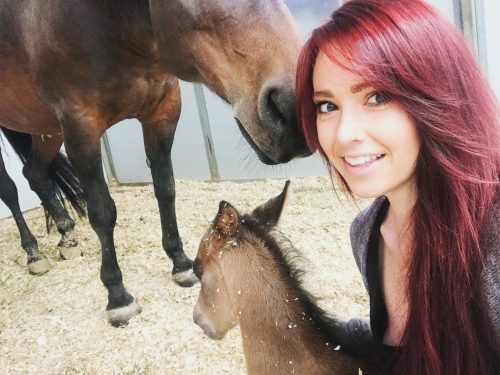 Me, your very green guide into the beginnings of investing

Hi everybody, allow me to introduce myself!

My name is Liz.

When I’m not in the studio, it’s safe to say you’ll find me in the barn feeding, grooming, riding, or… well… “picking up” after my two horses.

I am entering a very new and awesome chapter of my life; the part where I think I might actually have my, uh, manure together!

So, I think that means the next step of adulting is learning about investing.

And for better or for worse, I’ve decided to document this journey on the internet.

The catch is, I know practically NOTHING about investing.

Other than some bonds my grandma gave me back in middle school, and overhearing vague chatter about mutual funds between my folks, my exposure to the investing world is minimal.

Not going to lie, numbers in general make me yawn and the idea of being one of those folks who gets up early every morning to greet the opening bell is counter-culture to my musician brain.

But I’m finally at a place where I’m less worried about the day-to-day struggle of how I’m going to pay the bills and now trying to consider what are the most responsible and advantageous uses for the extra income I’ve recently begun to earn. 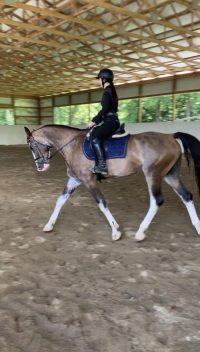 A little more of my backstory…

During this time, I made the decision to move from the Los Angeles area to Nashville based upon the fact that the music/arts community is comparable in both, but the cost of living is MUCH more affordable in Nashville.

After a rather exciting month of house-hunting, I found a modest house in a wonderful neighborhood in the suburbs, scrapped together my 5% down (thanks for letting me crash parents!), and became a first-time homebuyer.

The only problem was… I didn’t have a job.

Now this may be more common sense to you than it was to me at the time, but once I began to explore job options in the area, I realized that not only was the cost of living lower, but so was the average hourly wage.

Upon landing in Nashville, I had a small savings, but it wasn’t going to last me long.

The thought of doing the same jobs I’d done in LA for half the money was a hard pill to swallow, so I decided to explore other options.

I had a home recording studio I was using for music, and began to advertise my singing services on freelancing websites for musicians.

Then I had a lightbulb moment and reflecting on my little bit of acting experience, realized that with the same equipment, I could also provide voiceover services.

With so many companies creating digital content, e-learning, phone systems, advertising content, it turns out that there’s a high demand for voiceover artists!

I began gaining traction on one freelancing site, and then it snowballed.

What was supposed to be a side-hustle has now become my main source of income, and much to my surprise, voiceover is actually a wonderful way to make a living!

Remember those horses I mentioned earlier?

In my 5-year plan, my goal was to eventually purchase property where I could keep horses at home, since boarding at a facility can cost sometimes as much as a mortgage itself.

As my earnings increased, I realized that it was a possibility that this whole farm thing might work out.

But I wasn’t planning on buying a farm this year. Until I accidentally bought a farm.

Now believe me, it’s easier than you think. An incredible boutique horse farm came up for auction this summer, and my boyfriend and I decided to attend the auction out of sheer curiosity.

We had no intentions of bidding – we knew the estimated value and knew we couldn’t afford it.

What we didn’t know was that the farm would go for $135k under the appraised value, for the EXACT dollar amount of my absolute cap for what I could afford.

Holy horse droppings, I now own a farm. WHAT!?! 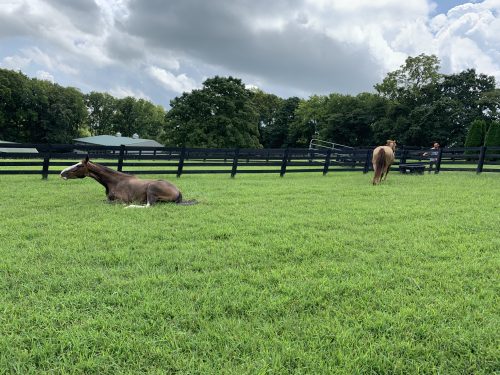 The boys enjoying their new farm

Fast forward to today: the modest home in the great neighborhood is rented to a lovely family, the farm has taken quite a bit of capital for much-needed and worthwhile improvements to the horse facilities which will eventually produce some income, and my voiceover career is stronger than ever.

And as many humans are prone to do this time of year, I’ve decided that in 2020, my resolution is that I’m going to overcome my fear of being ignorant about investing and learn what the heck this whole investing thing is all about!

I have the fortune of being able to do something I love for my career, so my goal isn’t to retire off of my investments and move to some distant island country by the time I’m 37. (Not sure how the horses would do on the beach…)

But I would love to be able to generate passive income through investing so I can be more selective about the music and voiceover projects I work on, and spend more time enjoying my horses.

DOES THIS MEAN I’M A GROWN UP NOW?!

I’m not really sure how to answer that question, but I know that I have A LOT of questions about investing.

And since I’ve already divulged that I know next to nada, no one will laugh at my silly ponderings because I’ve already admitted to being a total noob.

In fact, maybe there’s other folks out there like me – regardless of your age bracket – who are finally in a place where you’d like to begin investing, but it seems like a foreign language to you and you’re not sure where to start.

Well, I have no idea what I’m doing. But we can learn together.

In the coming days, I’ll be opening a brokerage account and depositing money to begin investing.

This is my very first time ever doing anything like this, and I’ll be sharing the process step by step, including the lessons I learn through this experience.

I’m excited for us to learn, invest and hopefully have a few laughs along the way.

You can expect a bunch of different content from me- articles and vlogs about every aspect of my maiden voyage into investing, weekly recaps of what I’ve learned, interviews with expert analysts to find answers to my many questions, trading resources for beginners, and much much more.

Thanks for reading, and happy investing!