ProShares Short S&P 500 ETF (NYSE: SH) – This week’s stock of the week selection isn’t even a stock, it is an ETF and it is designed to go up when the S&P 500 goes down. I am making this suggestion because I am concerned about the overall market going down even more than it has already and there are a number of factors that helped me arrive at this trade idea.

First, the investor sentiment and consumer confidence have been too high for too long. The Consumer Confidence index had a reading of 138.4 in September and that is the highest reading since September 2000.

I have studied the index and its high levels over the years.

High readings in and of themselves are not a bearish signal.

But when the index drops over 10% from its high is a problem for stocks.

When the index is released this morning, I wouldn’t be surprised to see a big drop due to the falling stock market.

A second factor in suggesting that readers buy a bearish ETF is the current market environment. The Dow, the Nasdaq, and the S&P are all still above their 24-month moving averages.

However, the Dow Jones Transportation Index and the Russell 2000 Index have both dipped below their 24-month moving averages. 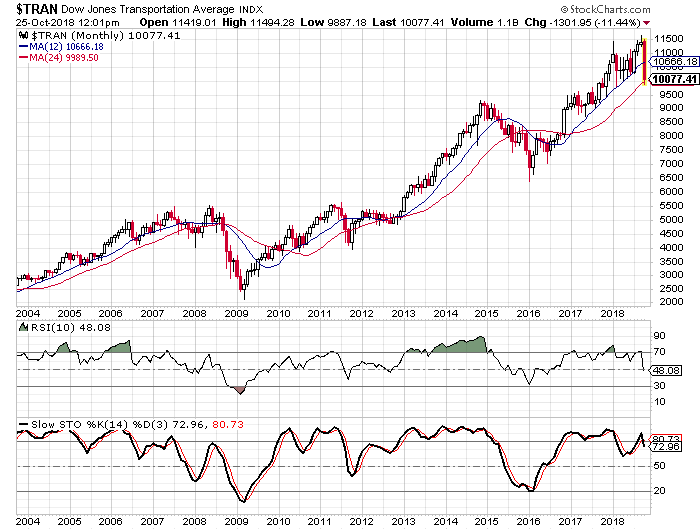 These two indices represent very different things in my investment philosophy. According to Dow Theory, the indices should be confirming one another in the direction they are moving. The TRAN has been lagging the S&P this year after outpacing it early in the year.

Charles Dow developed the principles of Dow Theory in the late 1800’s and the idea behind the Transportation Index was that if companies were producing more goods to ship to market, the transportation companies would be the first beneficiaries. When production slowed, it would first show up in slower transportation needs. 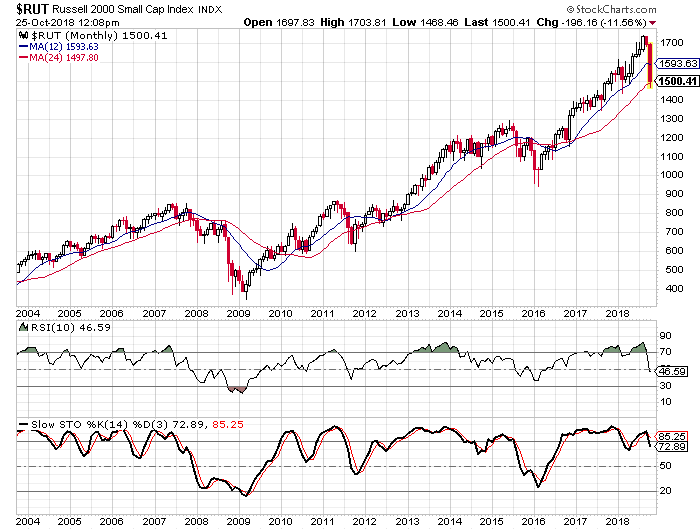 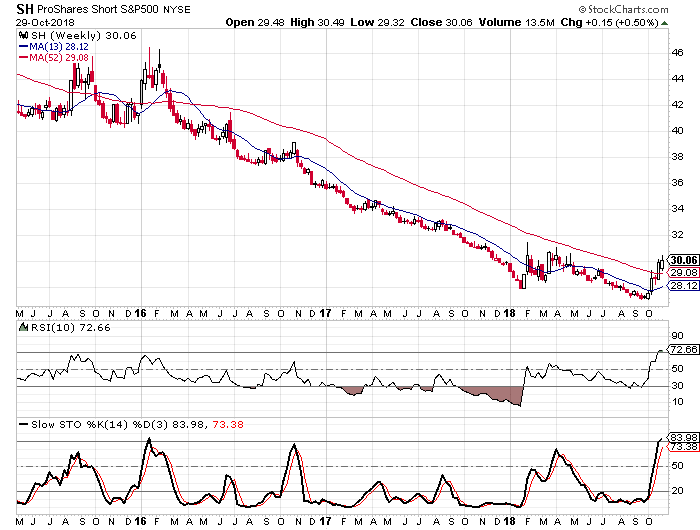 The TRAN and the Russell still have a few days to keep from closing below their 24-month moving averages. With the current market environment I won’t be surprised if one, it not both, close below their 24-month. There are so many concerns for investors right now—the trade war with China, earnings disappointments, the midterm election, and so on.

Looking at the chart of the SH itself, we see that it just closed above its 52-week moving average for the first time since the first quarter of 2016. The ETF is only $1.57 below its 24-month moving average and it hasn’t made a bullish crossover of that trendline since January 2008. From there the ETF jumped from $110 to over $180 during that bearish phase.

Suggested strategy: Buy SH with a maximum entry price of $31. I would set a target of at least $38 over the next 12 months (for a potential return of 25% from current prices). I would also suggest a stop at $26.