When it comes to retirement planning, there are a lot of factors to consider. The most important of these is your timeline — how long until you’re going to need the money you’ve squirreled away?

However, no matter where you are on that timeline the best retirement stocks are those you don’t have to babysit.

Having a few tried-and-true investments ticking away in your nest egg are essential to smart retirement planning.

That’s what makes these 5 companies some of the best retirement stocks to buy and hold on to.

Choosing tech stocks that are going to last for the long-haul is a tricky business, but Google parent Alphabet (NASDAQ:GOOG, NASDAQ:GOOGL) is an exception.

Google’s size and breadth make it a very safe pick in the tech space — not to mention the company looks poised to continue killing it both in its core advertising business and its “moonshoots.”

In its most recent earnings report, Google was able to report growth in its advertising arm as well as its hardware, cloud-computing and mobile app business, which make up the majority of the firm’s overall revenue.

What’s more is that the company believes that new European data protection laws may actually give the firm a boost rather than bring it down as most people initially believed. According to management, the law should help make it tougher for competition measure up, which would strengthen Google’s already impressive position at the top of the market.

Plus, Google isn’t just resting on its advertising prowess. The company is also working on everything from self-driving cars to artificial intelligence and machine learning. The company is even working on an eye scanning procedure that could eventually asses a person’s risk for heart disease.

At the moment those projects make up a negligible portion of the firm’s overall revenue, but they are all worth noting if you’re looking to hang on to GOOGL for the long-run.

Right now is an excellent time to start adding oil and gas stocks to your portfolio, as the industry looks to be on a solid path to recovery. However, with volatility still likely, it’s a little harder to pick a stock you can buy and hold on to for the next decade. However, French oil and gas major Total SA (NYSE:TOT) ticks quite a few of the boxes for a long-term buy.

What I like about TOT stock is the fact that the company has a clear future plan that looks doable and doesn’t depend heavily on crude oil prices jumping unreasonably higher. Over the next five years, management is looking to increase crude oil production by 5% per year and up natural gas production by 150% by the end of that period. Even better for shareholders, the firm is planning to increase free cash flow to $26 billion per year. That figure is based on crude oil prices of $60 per barrel — a reasonable estimate.

Beyond that, the company, like many of its peers, is hoping to eventually transition into an energy utility. Of course, that kind of transition will take more than a decade, but so far the firm has proven itself to be a tightly-run ship that will pay-out to investors in the interim. The firm offers a 4.6% dividend yield that looks very safe for the foreseeable future. 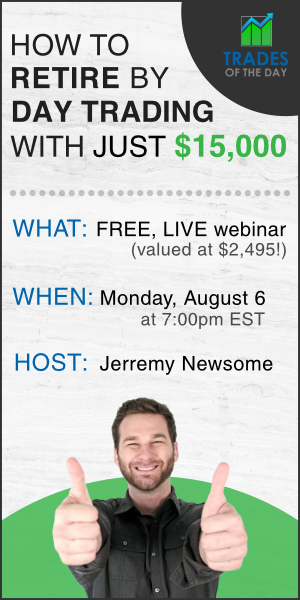 Big pharma is another area that investors often overlook because of turbulence, but there are a lot of value plays to be found there, and AbbVie (NYSE:ABBV) is my top pick for people seeking the best retirement stocks. The company’s share price has been depressed so far this year as investors worried about slower growth for its key drug, Humira. Humira makes up well over half of ABBV’s overall revenue, so its understandable that investors would worry about slowing growth. However, things aren’t as bad as they seem.

It’s true that Humira sales are on the decline as competition gobbles up some of the marketshare, but the drug is still expected to come out on top as the best-selling drug in the world through 2024.

Plus, the company has a strong pipeline of future drugs that should help ABBV deliver earnings growth above 15% per year for at least the next five years. Not to mention that the company offers a 4.24% divided yield that will keep investors comfortable should there be any bumps in the road.

Another overlooked stock that investors should be considering for their retirement portfolio is coffee chain Starbucks (NASDAQ:SBUX). I’ve written before about the many things SBUX has done right in order to keep its business at the top of the food chain, but admittedly the company has been in a bit of a slump over the past two years. The firm’s share price has languished in the mid-$50’s for two years as same-store sales failed to live up to expectations quarter after quarter.

However, despite SBUX’s lull, the firm still has a lot of growth potential and its shares are fairly valued. Starbucks has a long runway for growth in China, where the firm is currently focusing its energy. Plus, the firm’s digital app and rewards scheme has been extremely successful in keeping customers loyal to the brand in the U.S.

Perhaps the biggest reason you might want SBUX in your retirement account is the fact that the company is very shareholder friendly. The firm is planning to return $25 billion to its shareholders by the end of 2020 through share repurchases and dividend payments. The stock currently pays out a 2.7% dividend yield, but that figure looks likely to make its way higher.

You absolutely cannot talk about setting up a retirement portfolio without including a few healthcare picks. The aging population makes healthcare one of the best places to put your money for the long-term and UnitedHealth Group (NYSE:UNH) is a solid stock.

Plus, the firm’s operations are a tightly run ship, which has allowed management to pass on revenue gains to shareholders through dividends. Right now the firm’s dividend yield is just 1.4%, but that figure is likely to continue increasing in the years to come.

This New Social Security Scam Could Potentially Ruin Your Retirement