The company was founded in 1973 and is headquartered in Chicago, Illinois.

CBOE has seen solid growth over the last three years.

Those numbers were even better in the most recent quarter with the EPS up 38% and sales were up 225%.

The company’s profit margin is an incredible 49% while the return on equity is at 23.2%.

Despite the incredible fundamentals, there is a higher level of pessimism toward the stock than I would have thought. The short interest ratio is at 5.75. This means that the number of shares sold short amount to almost six days of average trading volume. This is good because if the stock rallies and the short sellers have to cover their position it adds buying pressure to the stock. 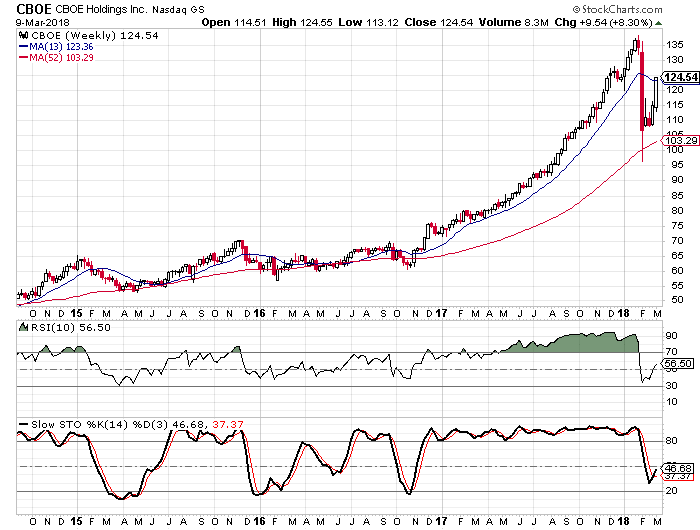 The fundamentals didn’t change, the only thing that changed was the overall view of the market from investors. The stochastics have made a bullish crossover and the last time we saw the readings this low and then crossed, the stock doubled in just over a year.

Suggested strategy: Buy CBOE with a maximum entry price of $130. I would set a target of at least $170 over the next six to nine months (for a potential return of over 35% from current prices). I would suggest a stop loss at the $110 level.