Align Technology Inc. (ALGN) may not sound familiar to you, but I am guessing you have heard of their main product—Invisalign.

That’s right Align Technology is the parent company of the Invisalign teeth-straightening system.

The company is based in San Jose, California and was founded in 1997.

From a fundamental perspective, ALGN has been incredible… 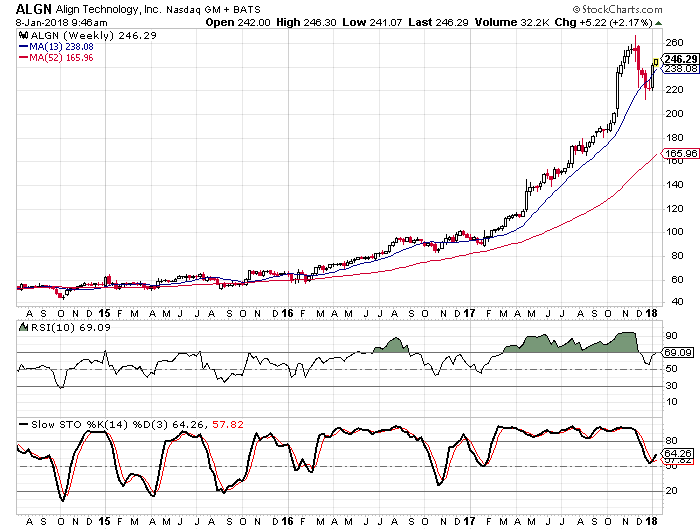 The chart reflects a stock that has been in a strong uptrend for the last two years. The stock spent most of 2017 in overbought territory according to the weekly stochastic readings and the 10-week RSI. A dip in December brought the stock out of overbought territory and looks to be providing a buying opportunity. The last time we saw the stochastic readings near the current level was at the beginning of 2017 when the stock was under $100 a share. It proceeded to rally by over 100 percent from February through October.