Transitions of power in Washington, D.C., always cause some angst, but probably never more than this time.

Donald Trump has won the electoral vote while losing the popular vote, which is the second time that has happened in the past five elections. An already divided country will stay like that, and President-elect Trump’s honeymoon is likely to be very brief. Protesters have already hit the streets.

[ad#Google Adsense 336×280-IA]True, one party now controls both the White House and both chambers of Congress, providing some prospect that gridlock may be over.

Yet for those on both sides of the ideological spectrum, that may prove to be as troublesome as the inability to govern that has been so frustrating in practice.

Fundamental to this story, which will be unfolding even before the inauguration on Jan. 20, will be what energy policies the Trump administration will pursue.

Now, on Tuesday, I explained why politicians need to resist the self-defeating pursuit of a “silver-bullet,” single-fuel energy strategy, and instead emphasize an expanding balance among energy sources. 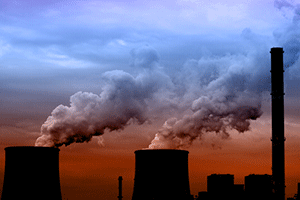 First, Trump has touted making the U.S. energy independent on a very rapid timescale. Now, as I’ve talked about in Oil & Energy Investor before, the possibility of American energy independence was first brought into view by the enormous largess of shale/tight oil and natural gas.

When combined with the still-considerable reserves of coal around the country, and continuing advances in renewables (solar, wind, geothermal, biomass), energy independence makes for a very attractive goal.

But from the point of view of an investor, the U.S. pursuing energy independence raises some problems.

Most U.S. shale deposits are not profitable with oil prices below the mid-$70s per barrel. So producing them would require increasing prices to end users, which would have a negative impact on other sectors of the U.S. economy.

In addition, the short-term increases in drilling will cause severe local inflation spikes, and the price increases that will ripple through the fertilizer, propane, and related sectors will be bad news for rural and agricultural America.

Frankly, Trump’s emphasis on coal was an election ploy, a way to attract votes in places like West Virginia and Virginia, Kentucky, Indiana, Illinois, and Western Pennsylvania. The new American energy market cannot sustain it.

Environmental concerns aside, a new round of pro-coal policy will not translate into an adequate increase in demand. U.S. electricity production is moving rapidly from coal to natural gas and renewables. Pushing coal may well improve prospects for some select coal power plants, but it will not result in the building of any new ones.

And the upside for coal exports is limited, too…

U.S. thermal coal exports are very unlikely to improve given the much higher price than local sources of coal abroad. On the metallurgical coal side (the higher-quality coal needed for steel production), there may be some improvement.

Yet expansion in this global market is almost entirely governed by Asian demand. Satisfying that demand remains under the control of other providers, primarily Australia, which has the advantage of being much closer to the Asian end market.

In any event, we just don’t have the extra transport capacity that could sustain any dramatic increase in exports of either kind of coal.

Meanwhile, on the oil and natural gas side, there will be a new flurry of activity in the production basins with significant reserves and low operating costs. Leading the list here is the Permian in West Texas and Eastern New Mexico. There will be some nice opportunities for investors here very soon.

But there’s also a downside.

Oil prices will rise slowly. Yet the production curve is likely to spike beyond what is justified by actual market conditions. That will create an aberration.

The market has seen a number of bankruptcies, mergers, and acquisitions due to low oil prices and high company debt. This necessary “creative destruction” will be thrown out of whack by a new rush into drilling, delaying the “clearing of brush” necessary for higher investment returns.

Trump’s Stance on Iran Could Change Everything

Donald Trump has vowed to cancel the Iranian nuclear deal.

After the initial shock from an unexpected election outcome, this issue is now surfacing among my contacts in the Middle East. And the initial reactions may be at cross purposes with the intent.

[ad#Google Adsense 336×280-IA]Once again, vowing to cancel the deal was an electioneering advantage and provided additional votes from folks who may well have been leaning toward Trump anyway.

But actually cancelling the deal opens a huge can of worms.

The Saudis, who have not so far warmed up to The Donald, will approve.

They remain locked in a struggle with Iran over who will dominate the Persian Gulf region.

Any impediment to Iran selling its oil to the world means reduced export revenue for them.

That, in turn, makes it much more difficult for Iran to subsidize attacks on Saudi Arabian interests in place like Yemen, Bahrain, Syria, and even the region around Basra in southern Iraq.

Renewed sanctions on Iran will also make the prospect of reaching a deal to cap oil production easier. Iran has been vocal about not agreeing to any cut in its own production until it reaches pre-sanction extraction levels. A return to sanctions (which will be the effective result of throwing out the deal) will effectively make Iran’s opinions on the cap void.

Unfortunately, it also puts OPEC back in the driver’s seat on the control over international oil pricing, and gets Iran back into the nuclear arms game. The former creates problems for American oil export prospects, and the latter is flat out destabilizing to one of the most volatile regions in the world.

U.S. Oil Production Could Be Used as Leverage

Overall, improving the American oil sector requires that domestic volume be competitive with OPEC production. We cannot expect that to take place merely by comparing what it costs to bring the oil up. There, the cartel wins hands down.

However, by playing rising production from Iraq and Iran against the main architects of OPEC policy (the Saudis, Kuwait, and the United Arab Emirates), the organization’s impact is blunted.

We may not like it, but we can use the threat of increased U.S. oil exports as leverage to prevent Iran from adopting more radical policies. Meanwhile, lower oil exports increases prices, which is good for the U.S. oil industry as a whole.

On the other hand, poking an Iran with a metaphorical stick (in this case, renewed sanctions) is not good – and will serve to make them hell-bent on renewing the nuclear arms race.

Next week I’m flying to Abu Dhabi to discuss global energy issues with my contacts. With Trump now president-elect, it looks like I’ll have several more issues to discuss. As always, you’ll get all the details of what’s covered right here.