I am not sanguine on the equity markets heading into 2016 for myriad reasons. These include the continued strength of the dollar, the slowest global growth since 2009, a muddled 2 percent domestic GDP growth, and the absence of earnings or revenue growth within the S&P 500.

However, my biggest concern is I believe the market is underestimating the future impacts of the collapse in the energy and commodity complexes.

[ad#Google Adsense 336×280-IA]My opinion is that there is at least a good possibility that a crisis emerges next year at one of the large emerging market countries with high debt levels that depends on energy and commodities for a good portion of their economy.

Russia, Brazil or Argentina could easily be the source of that turmoil as their finances are taking big losses from the continued low prices of energy and commodities.

I am completely out of the energy and commodity sectors as I think their pain will continue in 2016.

I am in the slow process of raising my cash position to 30% of my portfolio by the time the New Year rolls around. I began taking to this same strategy over the summer and was able to purchase many stocks on sale over the August to September selloff.

The only sector of the market I am significantly overweight right now is biotech despite the high beta nature of this area of the market. I am highly positive on the sector for several reasons.

The biotech sector has frequent selloffs and has had five official bear markets since 2009. These tend to hit every 12 to 18 months on a regular basis.

These sharp declines tend to last two to three months and hit the small cap part of the sector much harder than the large-cap growth stocks in the space such as Amgen (NASDAQ: AMGN). After bottoming, the sector then usually outperforms the overall market until the next big pullback.

This happened in early March of 2014 and recently again late this summer. Since bottoming in late September, the biotech complex has posted approximate 15% returns. If historical patterns hold, investors should count on several quarters of outperformance until the sector hits another predictable hiccup. Long-term growth investors should keep in mind how well biotech has performed over the past decade as they endure these bouts of volatility.

2015 will go down as a record year for M&A and few sectors have seen more action than the biotech and pharma space. This activity culminated recently when Allergan (NYSE: AGN) and Pfizer (NYSE: PFE) announced they were combining in the biggest merger of the year and one of the biggest of all-time.

There are numerous factors driving these combinations. The desire to achieve a lower tax rate is one as the United States has the highest corporate tax rate in the developed world, even if it produces 70% of the world’s patents for new drugs. The need to replenish pipelines, invest their robust free cash flow, and the availability of low financing rates are also strong tailwinds. These trends should continue into 2016, outside a global recession.

In the current market, it is hard to find companies whose stocks are priced reasonably while at the same time have both earnings revenue growth. It’s somewhat of a rarity in this market as year-over-year profits within the S&P 500 will decline in 2015 for the first time in a half-dozen years.

Most stocks that are managing to produce impressive sales and earnings growth like Netflix (NASDAQ: NFLX) are priced at sky-high earnings multiples that are stretched far beyond reason. In contrast, there are good values and growth in numerous large cap names within biotech right now. 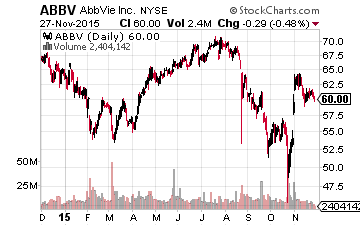 Revenues are increasing in the mid-teens and the stock also pays a robust 3.7% dividend yield.

The best part is the stock is trading at 12 times forward earnings, two-thirds of the overall market multiple. 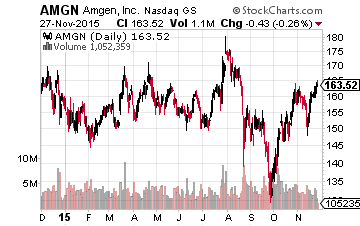 The aforementioned Amgen is also a nice combination of growth, value, and income.

The shares yield almost two percent, and earnings should be up some 15% this year on a high single-digit increase in revenues.

The company is building one of the best biosimilar pipelines in the industry which should be producing some $3 billion in additional revenues for Amgen by 2019.

The shares are a solid value at just over 15 forward earnings, a discount to the overall market multiple. 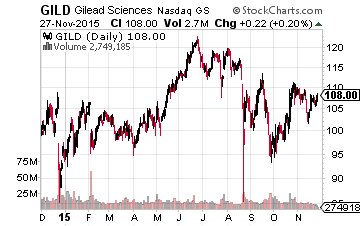 We end with Gilead Sciences (NASDAQ: GILD), which is one of the cheapest and most underestimated large-cap growth stocks in the market.

Earnings are heading to a 50% year-over-year gain on a 30% increase in revenues in 2015 and yet the stock has barely budged in the market this year.

The company will buy back $15 billion of its own stock over the next few years and should also raise its dividend significantly above the 1.7% yield it currently provides over that time frame. Analysts have woefully underestimated Gilead’s earnings power since it launched its blockbuster hepatitis C drugs Sovaldi & Harvoni in the first half of 2014.

Earnings estimates have been moving up consistently for FY2016 over the past two months, but still should come in low. I have the company earning $13.00 a share in 2016, which means Gilead is selling at ridiculously low eight times forward earnings, in a market with an overall market multiple north of 16 times forward earnings.

These discounted valuations on some of the biggest names in biotech are my final reason I think large cap growth plays within the biotech sector will outperform the market in 2016.