In a couple of weeks, the Federal Reserve will likely raise interest rates…

Most people don’t even think what I’m talking about is possible… They think that when rates go up, ALL rates go up.

So here’s the question of the day:

How could long-term interest rates possibly go DOWN if the Federal Reserve is close to RAISING short-term rates?

I will answer that for you today…

(That percentage comes from Bloomberg.)

Those are the strongest odds of a near-term rate hike in a while.

With such strong odds of a rate hike happening in just a few weeks, we went back and looked at what has happened during rate-hiking cycles over the last quarter-century.

Here’s what we learned…

Over the past 25 years, the Fed has entered three rate-hiking cycles. You might expect that long-term interest rates (as measured by 10-year U.S. Treasury bonds) would rise dramatically when the Fed hiked short-term rates.

That’s what most people believe happened… But it’s not actually what happened.

Long-term interest rates actually fell during the last two rate-hike cycles. So you can visualize it, here’s what short-term and long-term rates looked like the last time around… 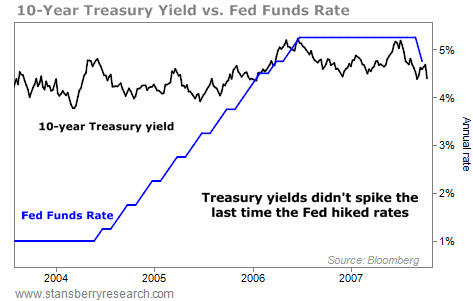 So, do long-term rates have to rise when the Federal Reserve increases short-term rates?

Yes, the Fed will hike short-term rates at some point – likely in December – but history shows a Fed rate hike is nothing to worry about when it comes to long-term interest rates.

Don’t let your mortgage broker or banker threaten that your 30-year mortgage rates are about to go up. History tells a different story.

In short, don’t worry so much. 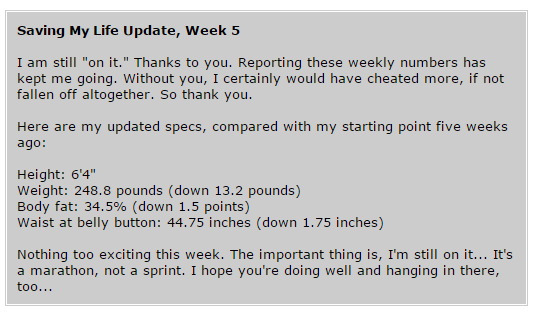