By Friday, one of those stocks was down 25%.

What should I have done about that?

Should I have bought more to lower my average cost?

What would you do?

The junior gold stock I’m talking about fell to a new all-time low, while the sector is going up. So I put a sell order in on Friday for that one.

Yes, I owned it less than one week… And no, taking the loss doesn’t bother me at all…

If you want to make money over the long run, this is an idea that you need to get comfortable with.

Look, I believe that we could make a few hundred-percent returns in junior gold stocks over the next three years.

In order to do that, we need to be smart. We have to keep the bigger picture in mind. The goal isn’t to win every single battle. The goal is to win the war.

Consider this: The stock I sold was down 25% in a week – to record lows – during a bull market week in gold stocks. This stock is not a winner. It’s better to concede that battle now than to “hold and hope,” or to “throw good money after bad” by buying more to lower my average cost.

I had to move on…

I finished the week in the black on these eight stocks, instead of in the red – even with taking this big loss. Five out of the other seven stocks were up from my initial purchase last week. And the gain in just one stock was enough to make up for the loss I had to take.

I don’t normally share my personal details with you to this degree here in DailyWealth. But I thought this example was important…

A couple weeks ago at our Stansberry investment conference in Las Vegas, I learned that most of our subscribers like to follow our “buy” advice… However, when we say “sell” – particularly if we say “sell” AT A LOSS – they do their own thing. More specifically, they DON’T listen to us.

Most likely because they’re winners as people… They’re used to winning in life. They don’t like taking losses on anything.

A strong “never lose” character may have gotten you where you are in life today. I’m not trying to change that. But, my friend, you can’t take that attitude into the stock market.

The goal isn’t to win every battle. It’s to win the war.

The sooner you “let go” and are willing to take some losses on occasion, the sooner you will start making REAL MONEY in your investments.

Most investors – nearly all of them – will not take my advice. They will remain bull-headed. They will think they need to be proven right on every single investment. And that bull-headedness will take them down, eventually, in the markets.

Rise above that, my friend. Be better than that. Choose to win the war instead of every single battle.

If you choose to do that, you will be part of an incredibly tiny club… You will join the real winners in investing… 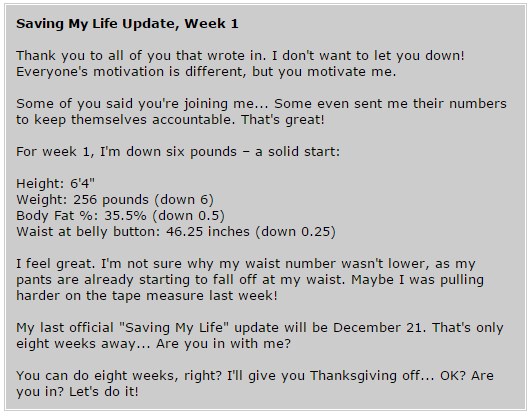