The announcements can come anywhere from two days to more than two months before the Ex-Dividend Date, so I try to look ahead by about 11 weeks to provide adequate “warning” of the good news to come. Currently, that means companies with Ex-Dividend anniversaries through September 30. With that in mind, here are the next group of companies that should boost their payouts, based on last year’s dates: 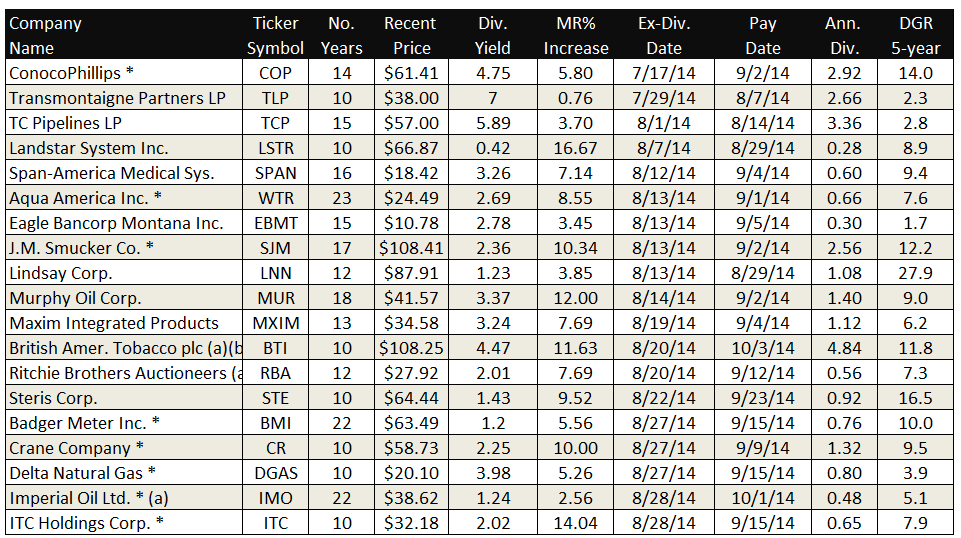 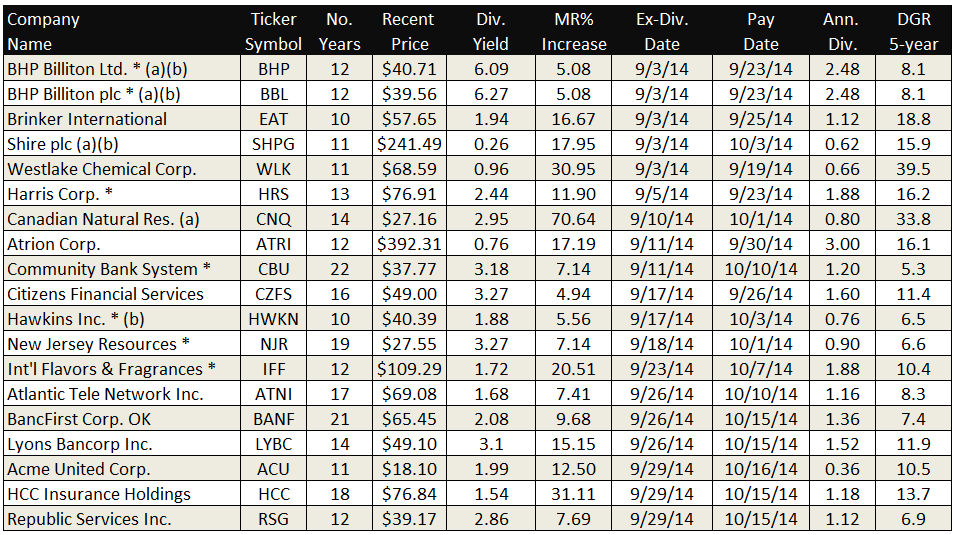