There are two main issues dominating market commentary right now. Both of which are key drivers of equity action as investors hang on every ebb and flow of information relating to these two countries. The first is obviously Greece, with almost every day bringing a new twist or turn to this unfolding saga.

[ad#Google Adsense 336×280-IA]Of bigger concern to me is what’s happening in the Chinese stock market.

From its peak on June 12th the market quickly lost over 30% of its value or some $3.5 trillion dollars.

This has happened despite myriad and increasingly desperate measures by the Chinese government to arrest this decline which is the dominating conversation around the Middle Kingdom.

This bubble was overdue to pop.

The shares went up over 100% in less than a year as China established a stock link to Hong Kong in November and the government as well as the state media did everything in its power to encourage broader stock ownership.

New online brokerage accounts and margin debt have shot up more than 500% year over year. The huge rally, nosebleed valuations and the quick and brutal sell-off reminds me very much of the internet boom & bust at the turn of the century in our own markets.

In recent weeks the Chinese government has frozen new IPOs, rolled over margin debt, encouraged state pension funds to invest more in the market, prevented some large holders of stock from making any sales for six months, and even made short-selling illegal. Over 40% of issues listed on the exchanges are not tradable at all.

The Chinese leadership is demonstrating a remarkable degree of panic and intervention which has little place in free markets and is likely to cause many weeks if not months of volatility within their equity markets.

The turmoil in the Chinese markets has rippled throughout the globe. It was a main contributor to the big sell-off that hit our markets last Wednesday, and also the driving factor behind the recent plunge in copper and iron prices. Copper is at lows not seen since 2009 and iron sold off more than 10% because China remains the main supporter of demand for these and other commodities. 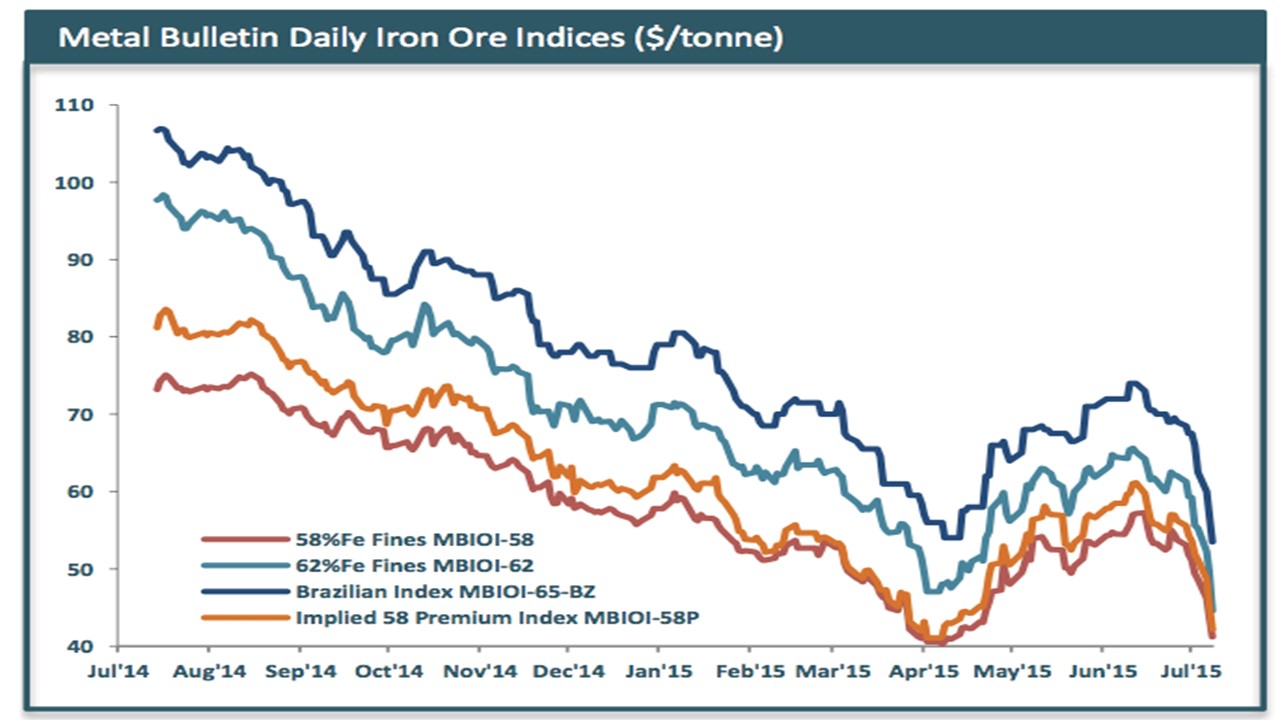 Combined with what is likely to be a strengthening dollar thanks to problems in Europe; commodity and commodity stocks are likely to remain under substantial pressure. These have been some of the worst performing investments over the past few years and things are likely to get even in the near-term. I expect some of the same sort of bankruptcies to claim miners that have spread across the coal industry and the small energy exploration & production space.

In addition, commodity based economies like Australia and most of South America will continue to face significant headwinds. Brazil, by far the largest economy in South America, is in a deep and spreading economic malaise and is experiencing something we have not had since the bad old 70’s; Stagflation.

Investors should continue heavily underweight the commodity complex and commodity exporting countries. Stocks dependent on demand from the mining sector such as Caterpillar (NYSE: CAT) and Joy Global (NYSE: JOY) should be avoided as the value traps they are at the moment. 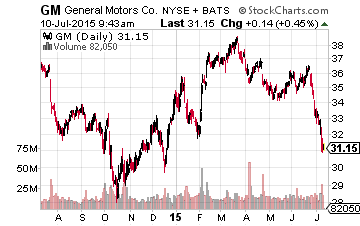 On the flip side, there are quite a few stocks that have fallen due to recent events in China that are offering attractive entry points to add some shares to at the moment.

This starts with General Motors (NYSE: GM). The stock has sold off 15% in recent weeks on concerns a market crash in the Middle Kingdom could lessen demand for vehicles in what is a critical growth market for this American carmaker.

However, I doubt there is going to be a negative wealth effect due to the decline in the markets in China.

Less than 10% of the population owns a piece of the market. In fact, a good portion of the new entrants and most active traders in the market do not even possess a high school education. This is hardly the profile of the average buyer of a Buick in China, which is a luxury brand in this market. The stock is dirt cheap at approximately six times next year’s expected earnings. The stock also has an almost four and a half percent dividend yield which should put a floor under any significant further decline. 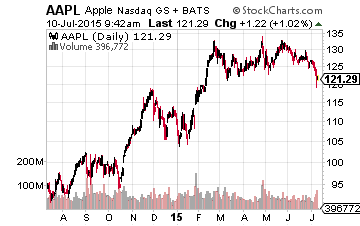 Apple (NASDAQ: AAPL) has also pulled back some 10% on concerns around China as well as tepid demand so far for the Apple Watch.

China will soon be the biggest market for the iPhone where it is crushing Samsung’s offerings. Revenue from China was up over 70% year-over-year when Apple last reported quarterly earnings.

I seriously doubt the current stock market conditions are going to curtail the Chinese love for all things Apple.

We have had a myriad of analysts revising their projections for iPhone demand upward in recent weeks, and I am looking for the company to deliver another big earnings report in two weeks. The stock is a good bargain at just over 13 times earnings with a fortress balance sheet and an almost two percent dividend yield.

I think China and its stock market will be in the news over the next couple of weeks. This is how I am currently playing the unfolding events in the Middle Kingdom.