The companies below now qualify as Dividend Challengers because 2014 (or 2015) marks their fifth year of higher dividends. 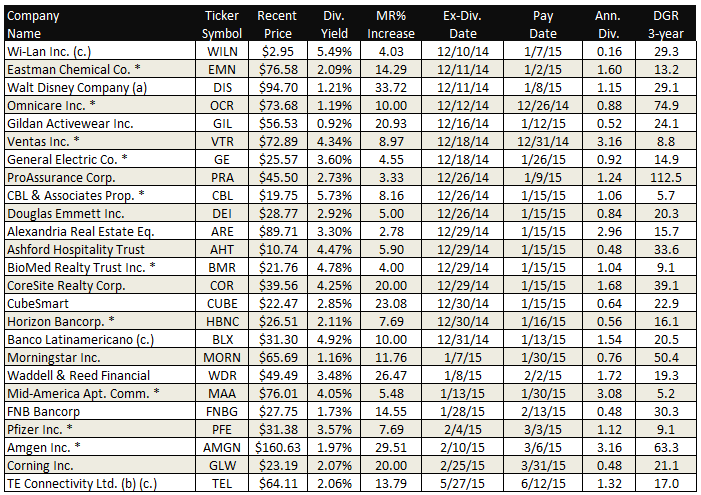 The repeatability factor for CCC dividend increases is generally about 90%, which inspires some confidence. Keep in mind, though, that the companies above are just reaching a fifth year of increases, so they haven’t yet established as strong a dividend-increasing “culture” and might be more inclined to cut or freeze the payout during recessions. Here’s a list of 48 more companies that are likely to declare the fifth year of increases by March 18: 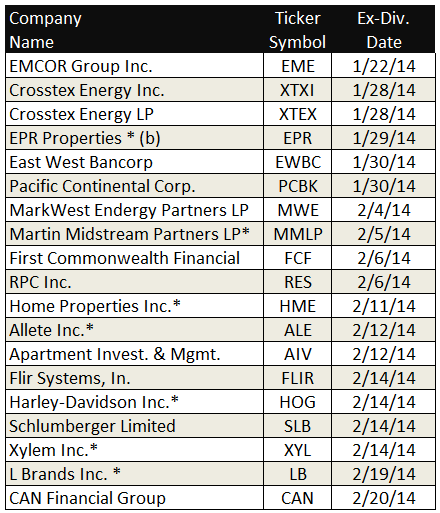 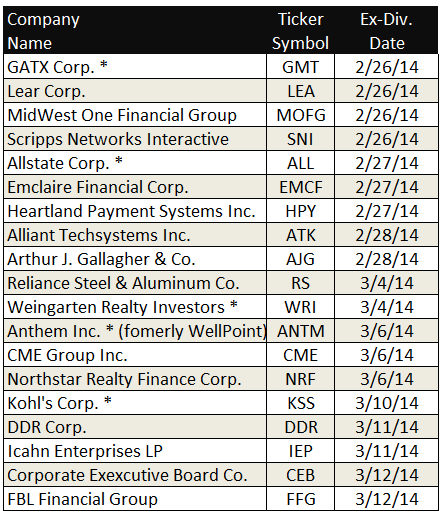 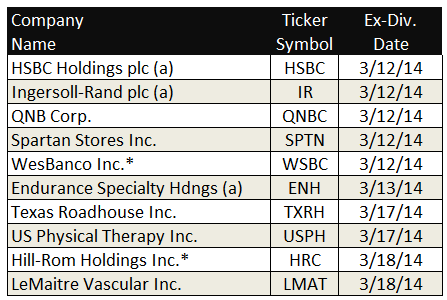