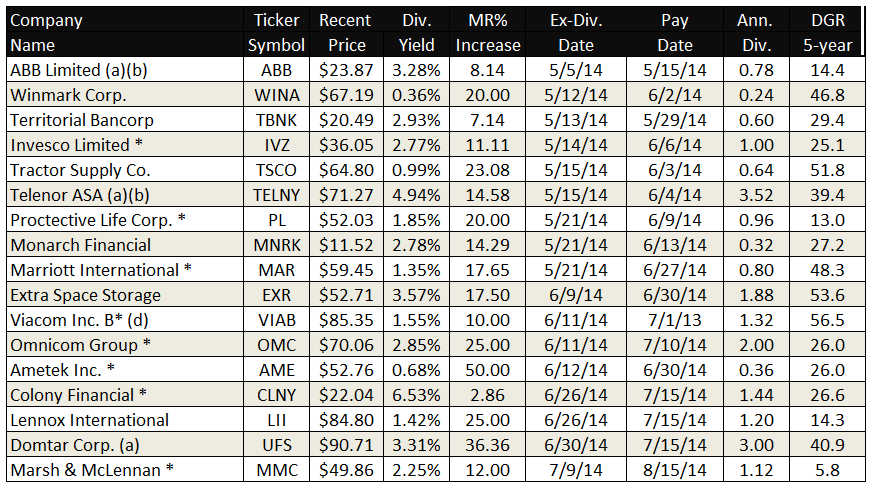 High Probability Increases
The repeatability factor for CCC dividend increases is generally about 90%, which inspires some confidence. Keep in mind, though, that the companies above are just reaching a fifth year of increases, so they haven’t yet established as strong a dividend-increasing “culture” and might be more inclined to cut or freeze the payout during recessions.

Additional caution may be advisable for foreign firms that trade as ADRs (American Depository Receipts), which may pay distributions that are not taxed the same as “normal” dividends.

Here’s a list of 9 more companies that are likely to declare the fifth year of increases by the middle of August: 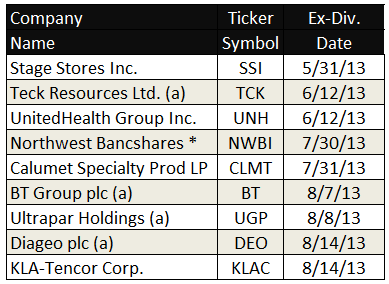