This year has been tough for investors, to put it mildly. The Nasdaq Composite nosedived into the worst bear market of the decade, and the tech-heavy index is currently 30% off its high. But some billionaire hedge fund managers bought stocks throughout the downturn.

For instance, Steven Cohen of Point72 Asset Management aggressively scooped up shares of Amazon (AMZN), growing his position 14-fold since the end of 2021. Amazon is now his 11th-largest holding out of more than 1,300 stocks. Meanwhile, Chris Hohn of TCI Fund Management is investing hand over fist in Alphabet (GOOG) (GOOGL), increasing his position 19-fold since the end of 2021. Alphabet is now his largest holding, and it accounts for more than 23% of his portfolio.

Those large purchases suggest a high degree of confidence. Is it time to buy these two FAANG stocks? 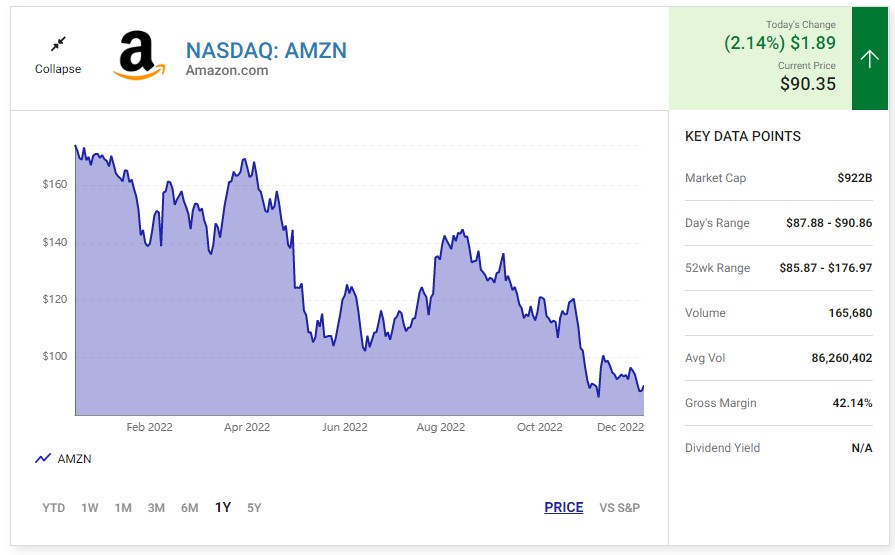 1. Amazon: The market leader in cloud computing
Amazon struggled this year. The prices of fuel and electricity skyrocketed for part of the year, putting pressure on its logistics business and data center operations. Those challenges, coupled with an inflation-driven deceleration in discretionary spending, helped chew into its profit margin. Third-quarter revenue rose 15% year over year to $127 billion, but earnings dropped 10% to $0.28 per diluted share.

Unfortunately, Amazon will probably continue to struggle in the near term, but the bull case for long-term investors is still crystal clear. First, Amazon operates the most popular e-commerce marketplace in the world, and online shopping will only become more prevalent in the future. In fact, global retail e-commerce sales will increase 9% annually to surpass $8 trillion by 2026, according to eMarketer.

Second, Amazon Web Services (AWS) is the gold standard in cloud computing. IT research company Gartner named AWS the leader in cloud infrastructure and platform services (CIPS) for 12 consecutive years, and Gartner recently said AWS holds twice as much market share as the next closest vendor, Microsoft Azure. That should be a big tailwind for Amazon in the coming years, as the cloud computing market will grow at 20% annually to reach $1.7 trillion by 2029, according to Fortune Business Insights.

Third, Amazon parlayed the popularity of its marketplace into a thriving advertising business. The company now ranks as the fourth-largest advertiser in the world, and it nearly led the world in total ad revenue growth last year, according to eMarketer. That positions Amazon for future growth. Global digital ad spend is expected to increase at 10% annually to reach $876 billion by 2026.

The last dynamic to consider is profitability. Cloud computing and digital advertising — the two fastest-growing segments of Amazon’s business — come with much higher margins than retail, meaning investors should expect earnings growth to outpace revenue growth in the coming years.

Shares currently trade at 84 times earnings. That multiple is in line with the three-year average, but it could come down in a hurry as Amazon continues to grow its cloud computing and advertising businesses. That creates an attractive buying opportunity for patient investors. 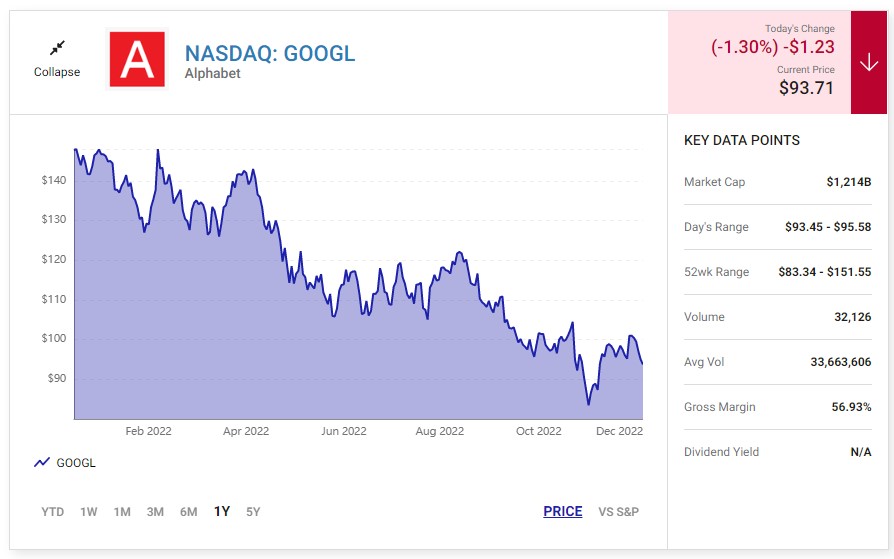 That said, the long-term investment thesis is unaffected by temporary economic turbulence. Alphabet is best known for Google, a business with so much brand authority among search engines that it might as well be the gateway to the internet. That competitive advantage has propelled Google to the top of the advertising industry. Better yet, Google accounted for 38% of global growth in digital ad spend in 2021, extending its lead over Meta Platforms (the second-biggest advertiser in the world) to its greatest point since 2016, according to eMarketer.

Alphabet also carved out a strong presence in cloud computing. Google Cloud Platform (GCP) currently ranks a distant third in cloud infrastructure market share, but Gartner recently noted that “GCP had both the highest percentage of revenue gains and improvements” across critical CIPS capabilities of any provider during the past year. That puts GCP on track to gain market share in the future.

Looking ahead, the bull case is clear: As a key player in digital advertising and cloud computing, two large and expanding markets, Alphabet is well positioned to grow. As a result, I share hedge fund manager Chris Hohn’s optimistic outlook. With shares of Alphabet trading at 4.7 times sales — a discount to the five-year average of 6.5 times sales — investors should consider buying this growth stock today.