Investing in 2022 has been quite the adventure. All three of the major U.S. stock indexes have entered a bear market, with peak declines exceeding 20%. To boot, the bond market is enduring its worst year on record.

But for billionaire money managers, this isn’t a time to run for the hills. Rather, the world’s most-successful money managers have been aggressively putting their money to work with equity valuations slashed from earlier this year.

In particular, billionaires have been piling into ultra-high-yield dividend stocks — an arbitrary term I use to describe income stocks with yields of at least 7%. Since dividend stocks are almost always profitable, time-tested, and have a history of vastly outperforming non-dividend payers, they can be genius buys during a stock market downturn.

During the recent quarter, Israel Englander’s Millennium Management opened up a roughly 2.61-million-share stake in Annaly, while billionaire Jim Simons of Renaissance Technologies added 2.26 million shares to its existing position. 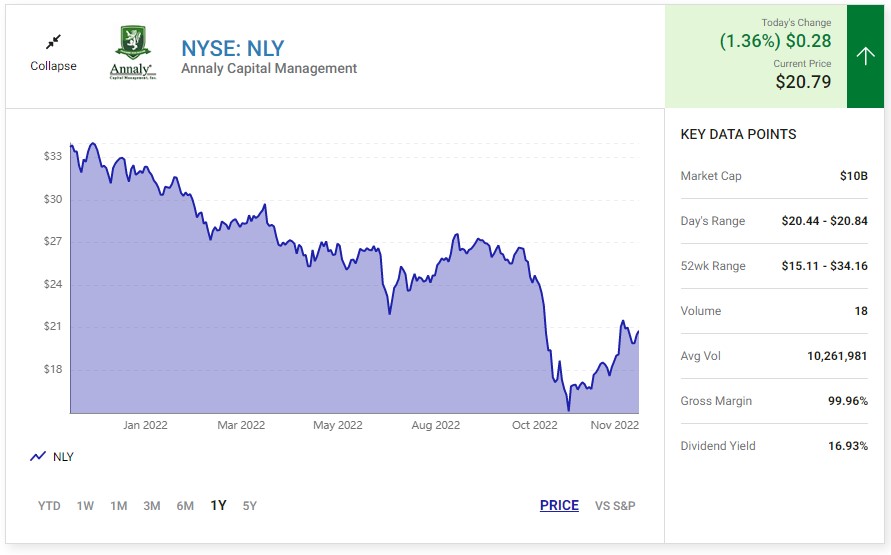 Without getting too deep into the complex world of mortgage REITs, companies like Annaly want to borrow at a low short-term lending rate and use this capital to purchase higher-yielding long-term assets, such as mortgage-backed securities (MBS). The wider the difference between the average yield Annaly generates from its owned assets minus its borrowing rate — this difference is known as “net interest margin” — the more profitable it can be.

This year has not been kind to mortgage REITs. With the Federal Reserve rapidly raising interest rates in response to historically high inflation, short-term borrowing costs have soared and the interest rate yield curve has inverted. That’s bad news for net interest margin, and it lowers Annaly’s book value. Most mortgage REITs tend to trade close to their respective book values.

But as I’ve noted in the past, there is light at the end of the tunnel for this industry. For instance, Annaly Capital benefits from the fact that the U.S. economy spends a disproportionate amount of time expanding, relative to contracting. This means the interest rate yield curve also spends most of its time sloped up and to the right. In other words, inverted yield curves are historically a short-lived occurrence that pave the way for net interest margin expansion.

Additionally, while higher interest rates are hurting Annaly at the moment by increasing short-term borrowing costs, it’ll wind up helping the company over the long run by lifting the yields on the MBSs it’s purchasing. As short-term yields stabilize and/or decline over time, and the gap between short-and-long-term maturities grows, once more, Annaly’s net interest margin and book value will climb. 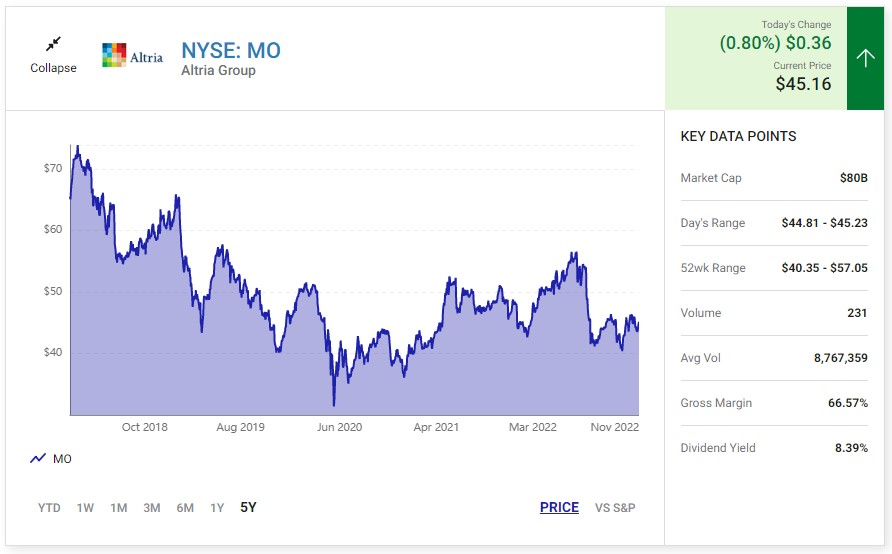 Although Altria has been one of the top-performing stocks over the past half century on a total return basis, including dividends, it’s been something of a dud for the past five years. One reason for this is improved public education of the dangers of using tobacco products. Since the mid-1960s, adult smoking rates in the U.S. have plunged about 30 percentage points to 12.5%, according to the Centers for Disease Control and Prevention.

The other “issue” for Altria is that it’s a mature (i.e., slow-growing) business. With lending rates historically low for much of the past 14 years, high-growth tech and healthcare stocks were simply more attractive to investors.

But even with these headwinds, Altria has the potential to deliver steady, albeit modest, gains for its shareholders over the long term. To start with, the company is working with exceptional pricing power. The nicotine found in tobacco products is an addictive chemical. Even as the percentage of adults smoking cigarettes in the U.S. falls, Altria is able to increase prices to more than offset volume declines. This pricing power is especially important with its leading premium brand, Marlboro.

Furthermore, Altria Group is taking steps to diversify its revenue channels beyond traditional tobacco cigarettes. One such venture is the $1.8 billion equity stake it took in Canadian licensed cannabis producer Cronos Group in March 2019. If the U.S. federal government legalizes marijuana, Altria would almost certainly help Cronos develop, market, and distribute high-margin derivative products, such as vapes, in the lucrative U.S. market.

With Altria’s board of directors intent on rewarding patient shareholders with a hefty dividend and regular stock buybacks, it remains on the radar for long-term investors as a wealth-building stock.

AGNC Investment: 15.77% yield
The third ultra-high-yield dividend stock billionaires can’t stop buying is yet another mortgage REIT, AGNC Investment (AGNC). AGNC sports a jaw-dropping 15.8% yield and has averaged a double-digit yield for 13 of the past 14 years. In other words, big yields are nothing new for its shareholders.

AGNC and its monster yield were of particular interest to Cohen’s Point72 and billionaire Jeff Yass of Susquehanna International. Cohen’s and Yass’s funds respectively bought 2.23 million shares and 845,000 shares of AGNC in the September-ended quarter.

Since they have virtually identical operating models, the headwinds Annaly Capital Management is contending with are the same for AGNC. Short-term borrowing rates are climbing, the yield curve is inverted, and its book value has declined, which has weighed on its share price. But there are differences between AGNC and Annaly that could make it the preferred choice for some patient investors. 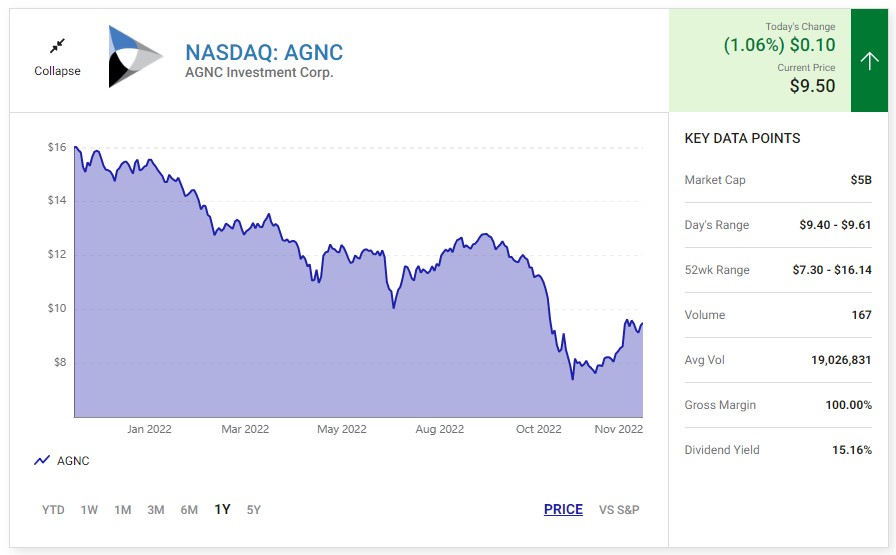 First of all, AGNC Investment pays its dividend on a monthly basis ($0.12/month), whereas Annaly doles out its dividend once per quarter. If you’re impatient and eager to reinvest your payout at reduced levels, AGNC’s monthly stipend could make a lot of sense right now.

Another difference between AGNC and Annaly is the former leans even more heavily on agency assets within its investment portfolio. An agency security is backed by the federal government in the event of default.

When the curtain closed on the September quarter, AGNC had all but $1.7 billion of its $61.5 billion investment portfolio tied up in credit-risk transfers and non-agency assets. Although the default protection provided by agency assets lowers the yield AGNC receives on the MBSs it buys, it also allows the company to deploy leverage as a means of increasing its profit. Prudently using leverage — Annaly does this, too — is a big reason AGNC is able to maintain such a lofty payout.

With history as a guide, AGNC Investment looks like a smart bad-news buy.