There’s more than meets the eye with Warren Buffett. As a case in point, Buffett owns more stocks than you’ll find listed in Berkshire Hathaway’s (BRK.A) (BRK.B) regulatory filings. You might even say that Buffett has a “secret portfolio.”

Granted, that portfolio really isn’t all that secret. Berkshire’s acquisition of General Re years ago brought New England Asset Management (NEAM) into its fold. NEAM is an investment firm that owns plenty of stocks that Berkshire itself doesn’t directly own. Like Berkshire, though, NEAM must regularly reveal all of its positions to the U.S. Securities and Exchange Commission.

While Berkshire’s holdings include plenty of dividend stocks, none of them currently offers a dividend yield of 6.5% or more. But it’s a different story for NEAM. Buffett’s “secret portfolio” owns these three ultra-high-yield dividend stocks.

1. Enbridge
Buffett likes energy stocks quite a bit these days. However, he hasn’t added a midstream energy provider to Berkshire’s portfolio. NEAM, on the other hand, does own a small stake (only 434 shares) in Enbridge (ENB 2.59%).

With a dividend yield of 7.2%, Enbridge ranks as the top dividend payer among Buffett’s combined direct and indirect holdings. The company has paid dividends for more than 67 years. It’s increased the dividend payout for 27 consecutive years.

Enbridge stock delivered solid gains earlier in 2022. However, the Federal Reserve’s interest rate hikes have taken a toll. Although Enbridge is easily outperforming the S&P 500, it’s now in negative territory year to date. 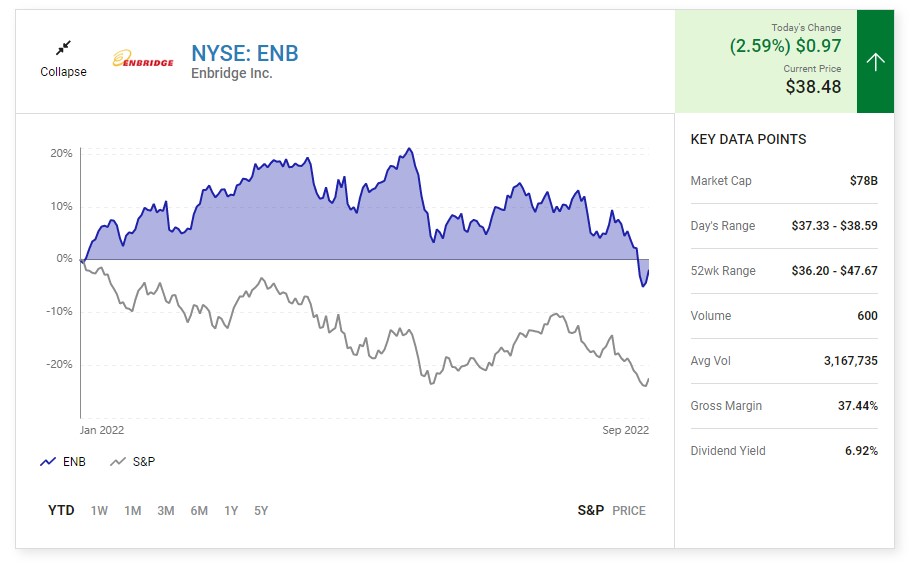 This hasn’t impacted the company’s dividend one bit. Enbridge’s diversified business with its steady cash flow tends to perform relatively well in all business cycles. The company is also in good shape to deal with high inflation thanks to its built-in revenue escalators.

2. Kinder Morgan
Buffett’s “secret portfolio” has a much bigger stake in another midstream energy stock. NEAM owns nearly 184,000 shares of Kinder Morgan (KMI). The investment firm has added to its position over the past year.

Kinder Morgan rewards shareholders with an attractive dividend yield of 6.9%. The company doesn’t have the impressive track record claimed by Enbridge, though: It has increased the dividend for only five consecutive years.

However, Kinder Morgan’s stock has performed better than Enbridge’s has so far this year. Shares of the energy infrastructure company are still up year to date after soaring earlier in 2022. 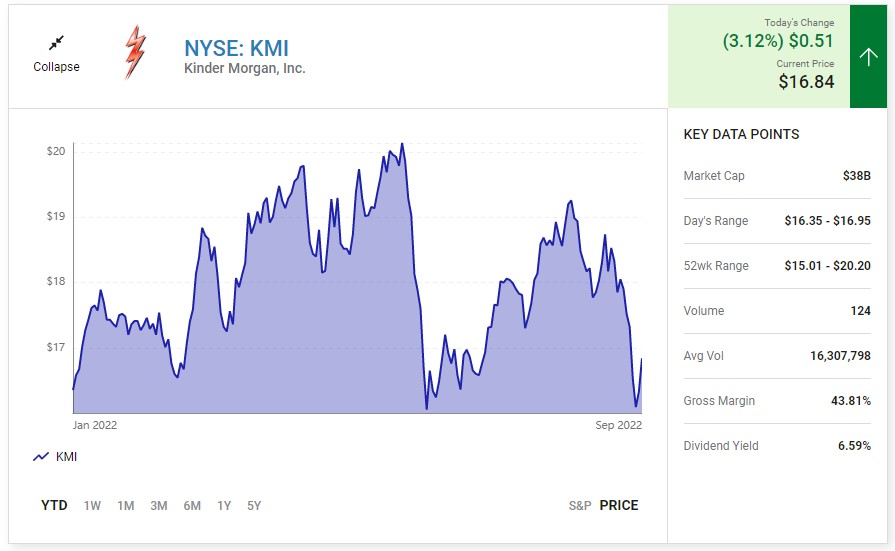 Verizon has been a longtime favorite of income investors. Its dividend currently yields 6.7%. The company has increased its dividend for 16 consecutive years.

Unlike Enbridge and Kinder Morgan, though, Verizon isn’t beating the S&P 500 this year. Shares of the telecom company have especially plunged over the past three months after it cut full-year sales and earnings guidance. 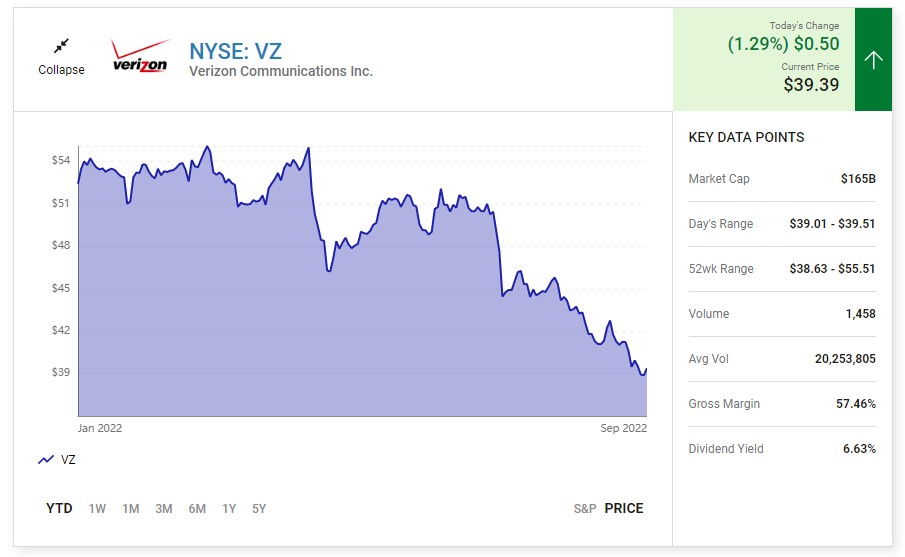 This decline, though, has boosted Verizon’s dividend yield. It has also made the telecom stock’s valuation more attractive: Verizon’s shares now trade below 7.4 times expected earnings.

Are these stocks good fits for your portfolio?
If you’re looking for strong growth, you probably won’t find any of these stocks in Buffett’s “secret portfolio” all that appealing. However, if you’re seeking income, all three of them should be able to generate solid dividends for years to come.