There’s no sugarcoating that it’s been a difficult year for Wall Street professionals and everyday investors alike. Since the curtain opened on 2022, we’ve witnessed both the S&P 500 and Nasdaq Composite plunge into a bear market, the U.S. inflation rate hit a four-decade high, and U.S. gross domestic product (GDP) decline in back-to-back quarters.

Yet in spite of challenges, investors have found some degree of solace with stock-split stocks.

A stock split is a mechanism that allows a publicly traded company to alter its share price and outstanding share count without having any impact on its market cap or operations. Most investors get excited about forward stock splits, which involve a company making its share price more nominally affordable for everyday investors.

The reason forward stock splits garner so much attention is because a public company wouldn’t need to split its shares if it weren’t out-innovating its competition and excelling from an operating standpoint. More often than not, a forward stock split acts like an investor beacon for top-performing stocks.

Since the beginning of the year, a half-dozen high-profile companies have enacted stock splits. This includes electric-vehicle manufacturer Tesla (TSLA) and cloud-based e-commerce platform Shopify (SHOP). With shareholder approval, Tesla enacted a 3-for-1 split on Aug. 25. Meanwhile, Shopify declared a 10-for-1 stock split in April and completed its split on June 29. 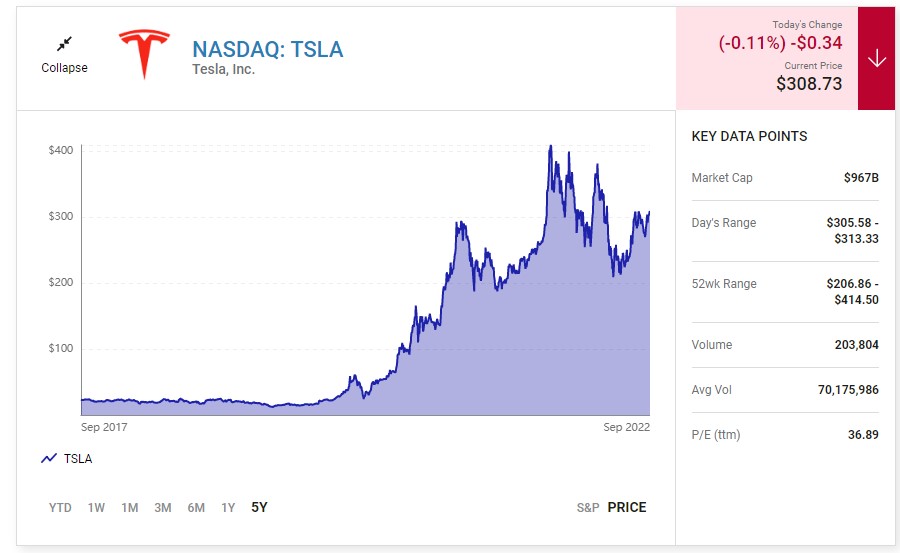 Investors flocked to the Tesla and Shopify stock splits
Tesla is the North American leader in EV production, and the first automaker to successfully build itself from the ground up to mass production in over a half-century. Even with a bevy of supply chain headwinds impacting the company’s gigafactories, Tesla looks to be on track to deliver and sell more than 1 million EVs in 2022.

It’s also a company that appears to have firmly moved into the recurring profit column. Even excluding the renewable energy credits Tesla sells to other automakers, the company has generated in excess of $8 billion in generally accepted accounting principles (GAAP) profit, on a combined basis, over the past five quarters.

Shopify is also counting on innovation to drive its growth. For example, the introduction of Shop Pay, a buy now, pay later solution, gives consumers more options when purchasing from merchants partnered with Shopify. 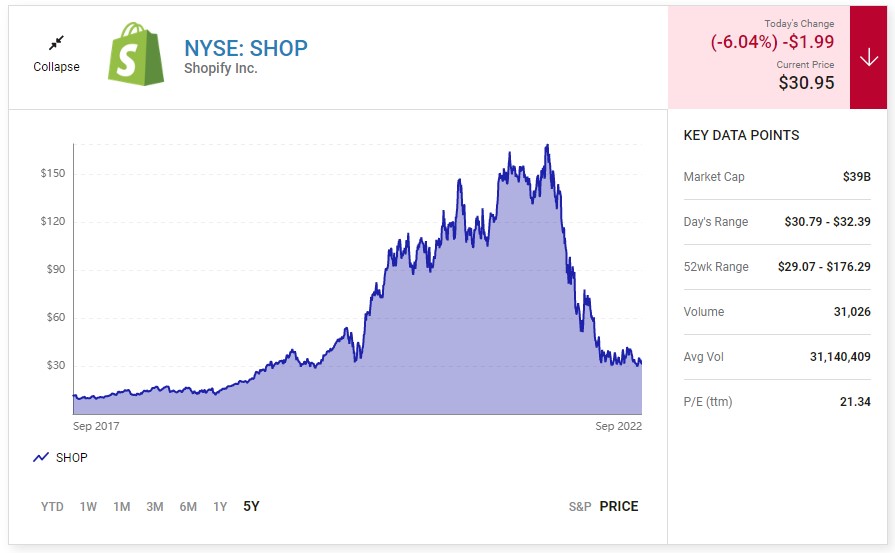 Popularity and profitability may not go hand-in-hand
However, popularity isn’t everything on Wall Street. Although these stock-split stocks have generated plenty of buzz, a mountain of headwinds remains for both companies.

For instance, even though Tesla has grown at a rapid pace for much of the past decade, it’s ultimately selling a commoditized product in a cyclical industry. The auto industry is contending with semiconductor chip shortages and rapidly rising interest rates, which could significantly cool demand for new vehicles. In other words, a forward-year earnings multiple of 57 is very likely unsustainable.

What’s more, Tesla CEO Elon Musk is a gigantic liability for his company. Musk’s tweets have, on more than one occasion, drawn the ire of securities regulators. Perhaps more importantly, Musk’s prognostications of when new EVs or innovations would make their debut have failed to come to fruition (e.g., level 5 full self-driving, robotaxis, Tesla Semi, and the Cybertruck have all been delayed).

Meanwhile, Shopify has its own troubles to contend with. Back-to-back quarterly retracements in U.S. GDP, coupled with historically high inflation, bodes poorly for consumer spending. The July 2022 personal savings rate of 5% is the lowest level we’ve seen since the summer of 2009. The warning signs are readily apparent that retail-driven businesses are in for a rough stretch.

Also, Shopify’s stock remains pricey, even after a greater than 80% decline from its all-time high. Wall Street doesn’t anticipate Shopify becoming profitable until 2024, yet the company remains valued at close to 6 times forecast sales in 2022.

Forget Tesla and Shopify: This ultra-high-yield stock-split stock is a better buy
Though most eyes have been on high-profile growth stocks conducting splits in 2022 — i.e., Tesla and Shopify — one ultra-high-yield dividend stock that’s readying to split its shares looks like a much smarter buy. I’m talking about mortgage real estate investment trust (REIT) Annaly Capital Management (NLY) and its jaw-dropping 14.6% yield.

Unlike the other high-profile stock splits of 2022, Annaly Capital Management is slated to conduct a 1-for-4 reverse split that will take effect before the start of trading on Sept. 26. In other words, the company’s share price will increase by a factor of four, while the company’s outstanding share count will shrink to a quarter of its current size.

According to Annaly’s management team, the upcoming split is to more closely align the company’s outstanding share count with peers of a similar market capitalization. Additionally, a higher share price could make Annaly Capital Management more attractive to institutional investors.

Although mortgage REITs like Annaly buy complicated securities, their operating models are very easy to understand. Mortgage REITs aim to borrow money at the lowest short-term rate possible and use this capital to purchase higher-yielding long-term assets, such as mortgage-backed securities (MBS). The goal for Annaly’s management team is to increase its net interest margin, which is the difference between the yield on the assets it owns minus its average borrowing rate. Like I said, it’s a pretty straightforward operating model.

Currently, Annaly is contending with a number of challenges. The nation’s central bank is aggressively raising interest rates, which has rapidly increased short-term borrowing costs. At the same time, the interest rate yield curve has flattened or inverted. A flat or inverted yield curve tends to shrink net interest margin and lower the book value for mortgage REITs. 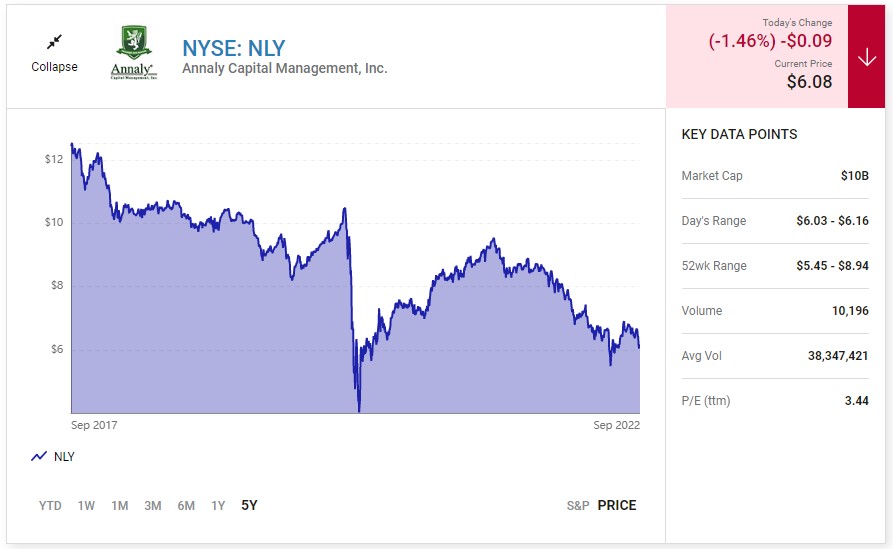 But herein lies the opportunity for investors. Few, if any, industries make for better bad-news buys than mortgage REITs — and Annaly is proof. Despite what would appear to be an abysmal share price performance since its initial public offering in October 1997, Annaly Capital Management has delivered a total return, including dividends paid, of 761%, through this past weekend. That compares to a total return of 538% for the S&P 500 over the same nearly 25-year stretch.

History is what makes Annaly so attractive. It tells us that while rapidly rising rates are bad news in the short run for borrowing costs, higher rates tend to also push up the yields on the MBSs Annaly buys. In other words, net interest margin is primed to expand over many years.

Furthermore, the U.S. economy spends a disproportionate amount of time expanding, relative to contracting. Not surprisingly, the interest rate yield curve spends more time sloped up and to the right — i.e., longer-maturity bonds have higher yields than shorter-maturity bonds — than it does flattening or being inverted. As the yield curve steepens, Annaly will have additional tailwinds in its sails.

Yet another reason Annaly Capital Management can excel is the composition of its investment portfolio. As of June 30, $74.9 billion of its $82.3 billion in assets were agency securities. An “agency” asset is backed by the federal government in the unlikely event of default. This added protection is what allows Annaly’s management team to wisely deploy leverage to boost its profits.

Annaly ended last week right around its book value and sporting an aforementioned 14.6% yield that appears fully sustainable. With the company averaging a double-digit yield over the past two decades, it looks like a much smarter stock-split stock to buy than Tesla or Shopify at the moment.