Investing in 2022 has been challenging. Since the year began, the widely followed S&P 500 and growth-driven Nasdaq Composite have each fallen into a bear market. These sizable declines come on the heels of historically high inflation, ongoing global energy supply chain problems, and back-to-back quarterly retracements in U.S. gross domestic product.

Although periods of heightened volatility in the stock market can be unnerving, investors have managed to navigate to one clear source of inspiration amid the turmoil: stock-split stocks.

Stock-split mania has been investors’ saving grace in a tumultuous year
A stock split is a mechanism that allows a publicly traded company to alter its share price or outstanding share count without affecting its market cap or operations. A forward stock split reduces a company’s share price to make it more nominally affordable for everyday investors. This is the type of split that tends to get investors most excited, because it’s enacted by companies that have been out-innovating and out-executing their competition and have seen their share prices rise substantially over time.

Since the beginning of the year, six high-profile forward stock splits have taken place. In no particular order: 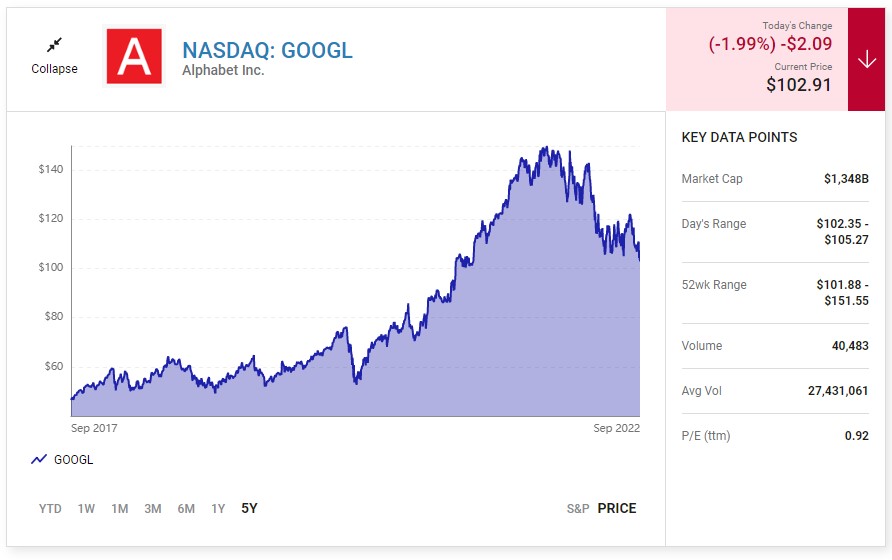 Aside from splitting their shares to make them more nominally affordable for retail investors who might not otherwise have access to fractional-share purchases through their online broker, these six companies share another thing in common: clear-cut competitive advantages.

The primary reason these half-dozen stocks have outperformed and seen their share prices soar is because they offer sustainable edges over their competition. For example, Alphabet subsidiary Google controls more than 91% of global internet search market share; Amazon’s online marketplace should account for nearly 40% of U.S. online retail sales in 2022; and Tesla is the leading electric-vehicle (EV) manufacturer in North America.

Meanwhile, DexCom is no worse than the No. 2 global provider of continuous glucose monitoring systems; Shopify is enjoying sustained e-commerce platform subscription growth; and Palo Alto Networks is playing a key role in the evolution of next-generation cybersecurity software.

Not surprisingly, most Wall Street analysts have favorable views of these six stock-split stocks. But the key word here is “most,” not all.

One Wall Street analyst sees this stock-stock split stock losing over 90% of its value
Whereas the bulk of Wall Street’s consensus price targets for the aforementioned six stock-split stocks are higher than where they closed on Sept. 12, one analyst is forecasting nothing short of doom and gloom for one company.

In mid-July, Gordon Johnson, the CEO and founder of GLJ Research, reiterated a sell rating on EV maker Tesla and (get this…) raised his firm’s price target from $67 to $73. Keep in mind that both price targets are pre-split figures. This means Johnson’s recently raised split-adjusted price target on Tesla is just $24.33/share. With Tesla shares topping $304 earlier this week, it implies that GLJ Research expects an up to 92% decline in shares of the company.

Johnson, a longtime Tesla bear, has cited numerous reasons for his pessimistic take. For starters, he doesn’t believe Tesla can justify its $954 billion valuation without adding 100,000 new EVs on an incremental quarterly basis. Although the opening of the Austin, Texas, and Berlin, Germany, gigafactories earlier this year will certainly help Tesla ramp up its quarterly and annual output, it’s unclear how the company will sustain EV production growth without regularly opening new gigafactories.

To add to the above, production at the Shanghai gigafactory has been adversely impacted by semiconductor chip shortages and China’s zero-COVID strategy. With China accounting for a significant portion of Tesla’s profits and sporadic production shutdowns remaining a possibility, it leaves the company in a potentially precarious situation.

Additionally, Gordon Johnson has frequently harped on Tesla’s accounting practices as a reason its shares could head significantly lower. Tesla accounts for Elon Musk’s sizable stock-based compensation underselling, general, and administrative expenses, which have a tendency to ebb and flow from quarter to quarter. Johnson believes Tesla’s true expenses, and therefore its operating efficiency, aren’t being transparently accounted for in its quarterly filings. 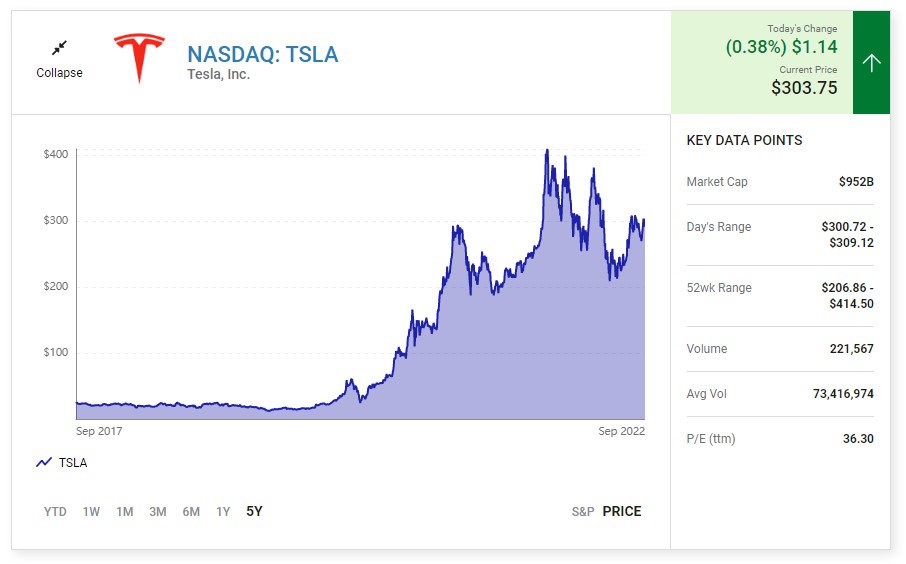 On one hand, it’s important to recognize that Tesla wouldn’t have become the fifth-largest publicly traded company by market cap if it wasn’t doing something right. The company has become profitable on a recurring basis without the help of selling renewable energy credits to other automakers. It’s also on track to hit 1 million EVs delivered in 2022 despite the aforementioned shortage of semiconductor chips and persistent global supply chain issues caused by the COVID-19 pandemic.

Furthermore, Tesla has led with innovation, which is an easy way to get on Wall Street’s good side. With Elon Musk as CEO, Tesla has brought four EVs into production and aims to bring both the Cybertruck and Semi into production as soon as next year. Tesla is the only automaker to have, thus far, successfully built itself from the ground up to mass production in over a half-century.

However, Gordon Johnson’s analysis isn’t lacking for facts either. Based on market cap, Tesla is worth more than every other automaker on a combined basis, yet it’s contending with the same supply chain issues as other automakers. Trying to justify a multiple of 57 times Wall Street’s forecast earnings for the upcoming year in an industry where single-digit price-to-earnings ratios are commonplace when selling a commoditized product simply can’t be done.

I believe Johnson is also right in assuming that Tesla’s market share is going to decline over time. Although the company has clear competitive advantages at the moment, we’re already beginning to see new and legacy automakers challenge the range of Tesla’s flagship sedan, the Model 3.

Plus, as I’ve recently pointed out, Elon Musk has become a significant liability to Tesla’s stock.

Although a 92% decline would likely be excessive, considering Tesla’s profitability and the brand-name recognition it holds with consumers and investors, I do believe “lower” is the direction that Tesla ultimately heads over the next one to three years.