Berkshire Hathaway (BRK.A) (BRK.B) CEO Warren Buffett has a track record that speaks for itself.

Since taking the reins as CEO of Berkshire in 1965, he’s overseen the creation of nearly $630 billion in shareholder value and delivered a jaw-dropping average annual return of 20.1% for the company’s Class A shares (BRK.A). To put this return into context, a $1,000 investment in the company’s Class A shares 57 years ago would have been worth over $36 million by the end of 2021.

In other words, when Warren Buffett buys or sells shares of company, everyone from Wall Street professionals to everyday investors wisely pays close attention.

When bear markets arise, Warren Buffett goes on the offensive
Investors looking to ride the Oracle of Omaha’s coattails can do so pretty easily by keeping tabs on Berkshire Hathaway’s quarterly Form 13F filings with the Securities and Exchange Commission. Wealthy investors and institutional money managers with more than $100 million in assets under management are required to file a 13F within 45 days following the end of a quarter. A 13F provides a snapshot of what the brightest minds on Wall Street have been buying, selling, and holding.

As you can probably imagine, Warren Buffett has seen his fair share of stock market corrections and bear markets throughout history. He’s well aware of the velocity and unpredictability of downside moves during bear markets. However, he more importantly recognizes that buying these dips during bear market declines is a genius move for long-term investors.

In other words, it shouldn’t be a surprise that the current bear market has seen the Oracle of Omaha deploy tens of billions of Berkshire Hathaway’s dollars into more than a dozen stocks. 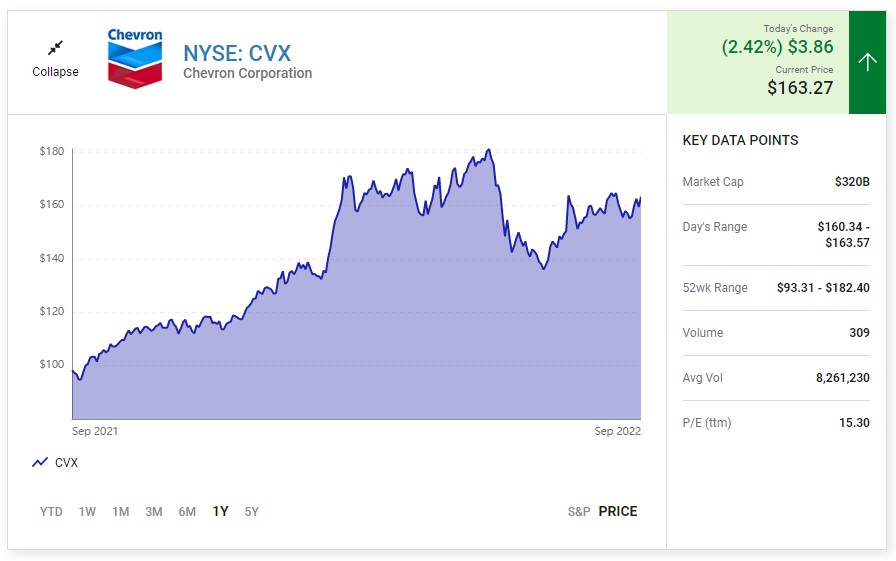 The Oracle of Omaha has purchased a number of high-profile stocks in 2022
Berkshire Hathaway’s second-quarter 13F filing, which corresponds with the period both the benchmark S&P 500 and tech-centric Nasdaq Composite entered their respective bear markets in 2022, saw Buffett and his investment team pile into energy stocks. More specifically, oil stocks Chevron (CVX) and Occidental Petroleum (OXY) combined to account for more than 10% of Berkshire Hathaway’s invested assets.

Normally, bear markets are an abysmal time to be holding oil stocks due to the fear of reduced oil and natural gas demand. But these are unique times, and Warren Buffett likely foresees energy commodity prices remaining elevated for years. Russia’s invasion of Ukraine is liable to hinder the global energy supply chain, especially in Europe. Meanwhile, major energy companies reducing their capital spending in response to the COVID-19 pandemic will make it difficult to quickly ramp-up production.

The Oracle of Omaha also took the time to add to Berkshire Hathaway’s tech stock holdings. Buffett oversaw the addition to his company’s top holding, Apple (AAPL), as well as a sizable initial buy into personal-computing and printing solutions company HP (HPQ).

HP looks to be an intriguing value play at less than 7 times Wall Street’s forecast earnings for the upcoming year. Even with PC demand weakening a bit as employees return to the workplace, operating cash flow for HP tends to be highly predictable. Couple this with HP’s share buyback program and 3.5% yield, and you have a prototypical, value-driven Buffett stock.

As for Apple, Warren Buffett has described the innovative tech company as one of Berkshire Hathaway’s “four giants.” Apple is the most-valuable brand in the world, according to a study by Kantar BrandZ, and has an incredibly loyal customer base. More importantly, it’s a company that’s had its sales and profits powered by innovation and not just price hikes.

With CEO Tim Cook overseeing Apple’s transformation into a subscription services company, the expectation is for operating margins to improve over time as the revenue lumpiness associated with iPhone replacement cycles wanes.

Prior to July 17, 2018, Berkshire Hathaway’s board of directors granted Warren Buffett and his right-hand man Charlie Munger the ability to repurchase shares if they were trading at or below 120% of book value (i.e., no more than 20% above the company’s book value). For more than a half-decade leading up to July 17, 2018, Berkshire’s share price never reached a level where buybacks could be made.

But after amendments were passed by the board on July 17, 2018, the Oracle of Omaha and Munger had more freedom to deploy their capital to repurchase Berkshire Hathaway’s Class A and B shares. As long as the company has at least $30 billion in cash, cash equivalents, and U.S. Treasuries on its balance sheet, and both Buffett and Munger believe Berkshire Hathaway’s share price is intrinsically inexpensive, buybacks can be made without any cap. 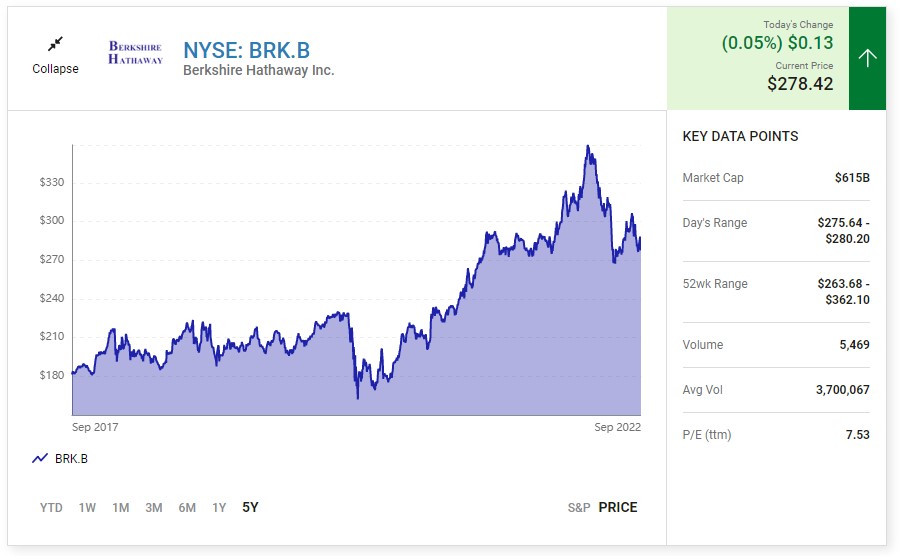 Publicly traded companies with steady or increasing net income that repurchase their common stock over time will often generate higher earnings per share as a result of having fewer shares outstanding. Fundamentally, this can make a company’s shares appear more attractive to value-oriented investors.

Warren Buffett continuing to repurchase his company’s stock during each of the two bear markets is also a testament that he’s willing to bet on himself and the vast network of companies Berkshire Hathaway owns and has invested in. Many of Berkshire Hathaway’s investments are in cyclical businesses that benefit from the disproportionately long amount of time the U.S. and global economy spend expanding, relative to contracting.

If Warren Buffett is willing to aggressively bet on himself, perhaps investors should consider following in his footsteps.