Berkshire Hathaway is on pace to collect $6.07 billion in dividend income over the next 12 months. Just five holdings will account for 71% of total payouts.

Berkshire Hathaway (BRK.A) (BRK.B) CEO Warren Buffett has a knack for making himself and his shareholders richer. Since taking over the role as CEO in 1965, he’s led Berkshire Hathaway’s Class A shares (BRK.A) to an aggregate return of 3,641,613% as of the end of 2021. For those of you keeping score at home, this works out to an average annual return of 20.1% over 57 years. That’s nearly double the average annual total return, including dividends paid, of 10.5% for the S&P 500 over the same stretch.

While there’s a laundry list of reasons for Buffett’s consistent outperformance, such as his love of cyclical stocks and willingness to hold great companies for a long time, the unsung hero of the Oracle of Omaha’s investment portfolio just might be dividend income.

Dividend stocks are almost always profitable on a recurring basis and time-tested. What’s more, they have a rich history of handily outperforming companies that don’t pay a dividend over the long run.

Over the next 12 months, Warren Buffett’s more than two dozen dividend-paying securities are expected to generate $6.07 billion in dividend income. Approximately 71% ($4.28 billion) of this $6.07 billion will come from just five holdings.

The Oracle of Omaha piling into energy stocks since the beginning of the year likely signifies his belief that oil and natural gas prices will remain well above average for the foreseeable future. Russia’s invasion of Ukraine threw a monkey wrench into the global energy supply complex. When coupled with reduced investments in drilling, exploration, and infrastructure by oil majors during the pandemic, you have a recipe for supply constraints that won’t be quickly remedied.

Warren Buffett is probably also a big fan of Chevron’s integrated operating model. Although it generates its highest margins from drilling, Chevron also operates midstream and downstream assets. Midstream assets, such as transmission pipelines, typically work on fixed-fee or volume-based contracts. This is a fancy way of saying that no matter how volatile energy commodities become, midstream companies generate predictable cash flow. 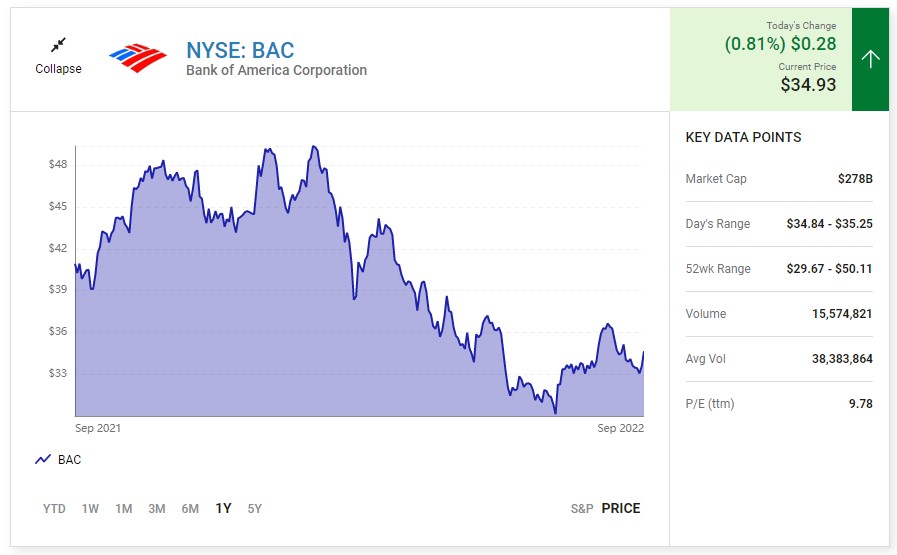 Bank of America: $908,909,765
Berkshire Hathaway is also on pace to collect some serious change from its more than 1 billion shares of Bank of America (BAC). With BofA recently increasing its base annual payout to $0.88/share, Buffett’s company should collect almost $909 million in dividend income over the next 12 months.

Large bank stocks like Bank of America epitomize Buffett’s long-term view. Even though banks are cyclical and therefore struggle when recessions arise, the U.S. economy spends a disproportionate amount of time expanding relative to contracting. This allows a company like BofA to benefit from loan and deposit growth as the U.S. economy expands over long periods.

What makes Bank of America particularly intriguing is its interest rate sensitivity. No money-center bank sees its net-interest income ebb and flow more with changes to interest rates more than BofA. With the Federal Reserve aggressively combating historically high inflation by boosting interest rates, Bank of America is set to benefit from higher yields on its outstanding variable-rate loans.

Occidental Petroleum: $897,950,559 (including preferred stock dividends)
The third passive-income powerhouse in Warren Buffett’s portfolio is oil stock Occidental Petroleum (OXY). Buffett’s company should collect close to $98 million in dividend income from the 188 million-plus shares of Occidental it owns, as of Aug. 8, 2022, over the next 12 months. However, Berkshire Hathaway also nets a cool $800 million in annual income from the $10 billion in Occidental preferred stock it holds.

The upside catalyst for Occidental is, like Chevron, the prospect of oil and natural gas prices remaining elevated for years. Even though Occidental Petroleum is an integrated operator like Chevron, the company’s sales and margins are even more skewed to its drilling operations. In short, Occidental gives Warren Buffett supercharged exposure to oil drilling at a time when energy commodity prices are sky-high.

But unlike the other dividend icons on this list, Occidental is an oddity given its highly levered balance sheet. The Oracle of Omaha usually avoids companies where debt could become an issue. In Occidental’s case, it needs sustainably high oil prices for the foreseeable future to dig its way out of a large net-debt position. 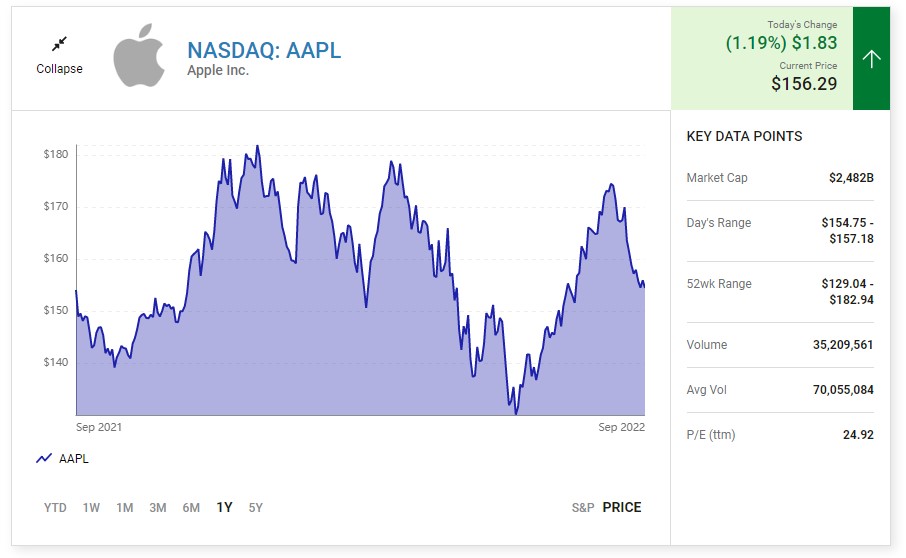 Apple: $842,008,404
Perhaps it’s no surprise that tech stock Apple (AAPL) — Berkshire Hathaway’s largest holding by a long shot — is one of Warren Buffett’s top dividend stocks. Over the next 12 months, Berkshire should rake in just over $842 million in dividend income from Apple.

There’s a lengthy list of reasons Apple has made such a great investment for so long. It’s one of the most recognized brands in the world, has one of the most loyal customer bases of any publicly traded company, and it’s led by innovation. The company’s iPhone, Mac, and iPad have kept consumers coming back for more for well over a decade.

However, Apple’s future is all about its subscription services. Although the company isn’t abandoning the physical products that made it what it is today, CEO Tim Cook is overseeing a steady transition to services, which generate higher margins, produce even better customer loyalty, and should help minimize the sales lumpiness associated with product replacement cycles.

It’s also worth noting that Apple’s capital return program is pretty much unmatched. Since the beginning of 2013, Apple has repurchased in the neighborhood of $520 billion worth of its common stock. 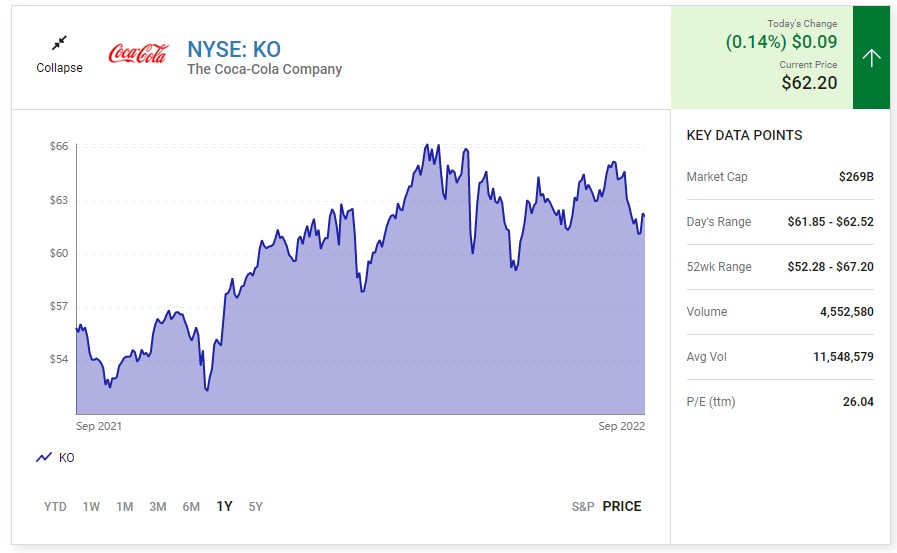 Coca-Cola: $704,000,000
The fifth income giant for Warren Buffett is his longest-held stock: beverage giant Coca-Cola (KO). Berkshire Hathaway has been continuously holding shares of Coca-Cola since 1988. Based on Berkshire’s cost basis of roughly $3.25 on shares of Coke, Buffett’s company is netting a jaw-dropping 54% yield relative to cost.

Aside from having a well-recognized brand, Coke’s modest but steady growth is a reflection of its geographic diversity and marketing prowess. In terms of the former, Coca-Cola has operations ongoing in all but three countries worldwide (Cuba, North Korea, and Russia). Operating globally allows Coke to generate predictable cash flow in mature markets while benefiting from higher growth opportunities in emerging markets.

Coca-Cola’s marketing has also been top-notch. Few other brands have demonstrated the ability to easily cross generational gaps and connect with consumers. Coke does this by promoting its holiday tie-ins, as well as pushing social media marketing campaigns to reach younger beverage connoisseurs.

Coca-Cola may not be the growth story it once was, but it’s riding a 60-year streak of increasing its base annual payout. Very few publicly traded companies have a longer active streak.