Since becoming a publicly traded company in 2003, IT distribution company TD Synnex Corp. (NYSE: SNX) has made its investors very, very happy. 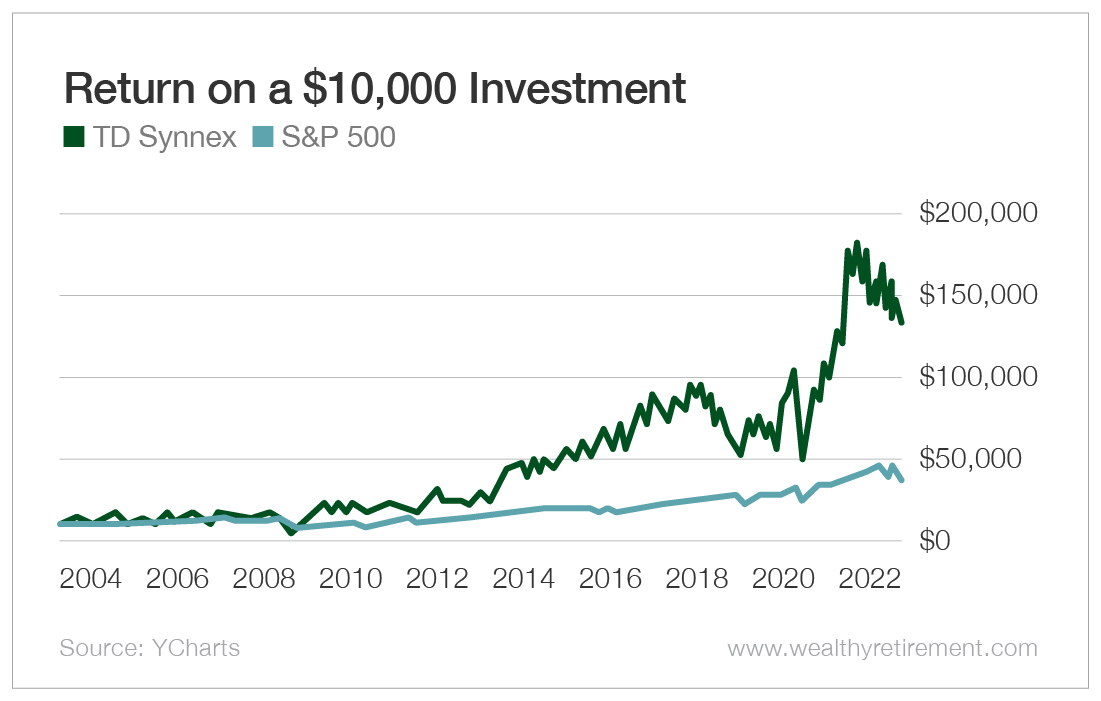 And despite TD Synnex’s meteoric two-decade stock run, this company has a market capitalization of less than $9 billion and it’s often included in small cap funds. Personally, I would call TD Synnex a “SMID” cap (small cap to midcap) stock.

However, as I said earlier this week, small cap stocks have been demolished so far in 2022. The small cap benchmark index, the Russell 2000 Index, had its worst-ever first half of a calendar year.

TD Synnex’s shares have not been spared from the small cap meltdown.

Year to date, the company’s stock is down more than 20%.

But TD Synnex was originally founded as Synnex way back in 1980, so it has staying power.

And currently, TD Synnex distributes more than 200,000 different technology products that are made by 1,500 different vendors.

As stark as the recent small cap sell-off has been, the chaos has created an attractive entry point for a company that has rewarded investors over the long term.

For the current fiscal year, TD Synnex’s management expects earnings per share to range from $11.15 to $11.65.

With TD Synnex’s shares currently going for $95.05 as I write, that means the company is trading at a little more than eight times earnings.

That’s a compelling valuation for a company that has steadily grown its earnings per share for two decades. 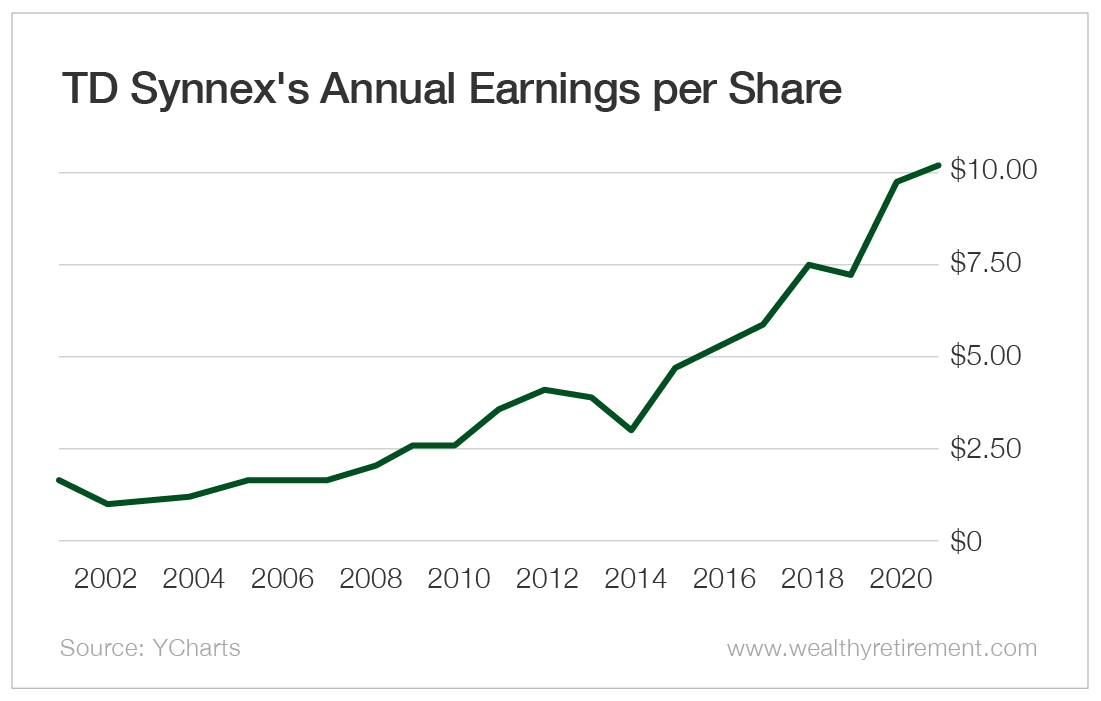 Furthermore, TD Synnex is the world’s largest distributor of IT products and is the product of a recent merger between Synnex and Tech Data. One of the top hedge funds of the 21st century, Greenlight Capital, sees TD Synnex’s merger as a catalyst for growth, as the combined companies are now able to exploit both cost and revenue synergies.

TD Synnex is also a repeat acquirer of other, smaller operators. Time and again, its management has successfully consolidated businesses, further driving earnings per share growth.

Greenlight recently predicted that TD Synnex should be able to generate earnings per share of more than $20 within a few years.

With a track record of incredible wealth creation, steady earnings per share growth and the potential for huge upside in the form of a merger, TD Synnex is extremely undervalued.