I’m the only member of my four-person household who doesn’t regularly use Snapchat, the app created by Snap (NYSE: SNAP) – probably because I’m the oldest.

Interestingly, the percentage of people in my family who are Snapchatters – 75% – is the same as that of all 13- to 34-year-olds in the United States and other developed nations.

Think about that for a minute…

Snapchat has won three-quarters of the audience that’s most highly coveted by advertisers.

These are the ages when people experience important milestones in their lives.

This is the audience advertisers want to get in front of.

The growth numbers that Snap has put up since then are terrific.

As of March 2022, Snapchat’s daily user count had increased to 332 million.

Snapchat has almost doubled its number of daily active users in five years.

While Snapchat’s daily active user count has doubled since the company went public, its revenue has increased tenfold – from $404 million to $4.1 billion! 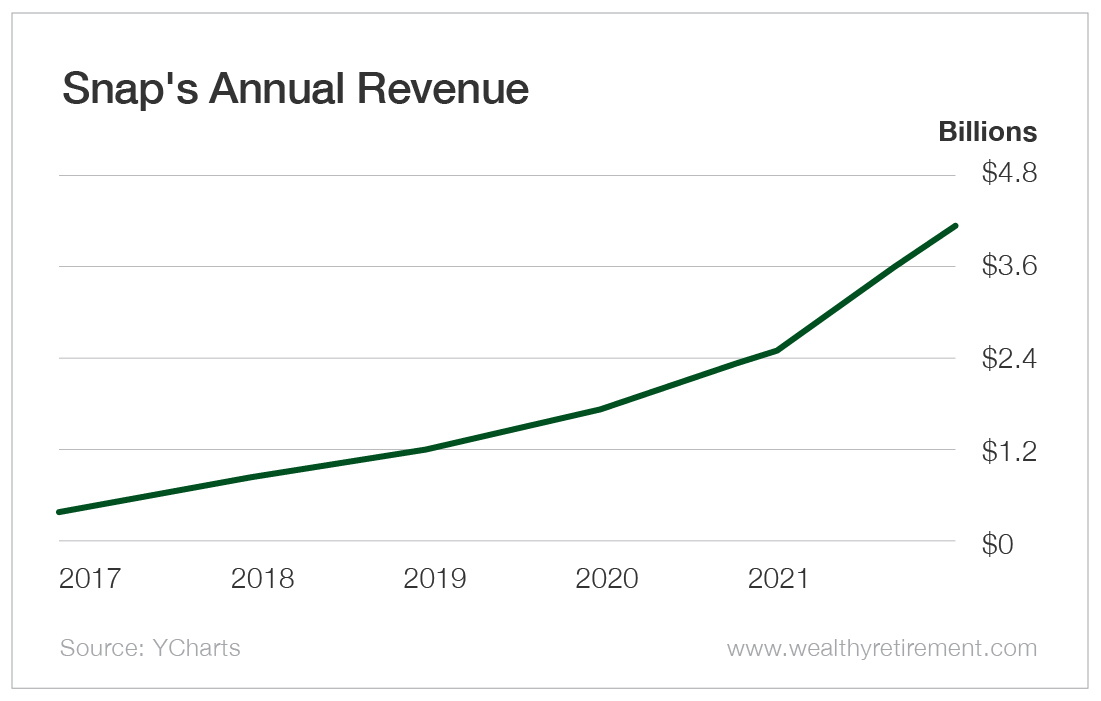 I don’t know if I’ve ever seen a more beautiful chart.

Revenue has grown faster than average daily users because advertisers continue to pay more to get their products in front of this important, swelling audience.

What more could investors possibly want than what Snap has achieved in the last five years?

Well, there may be one more thing…

Those shares were a hot commodity that day, with the share price rocketing by 44% and closing at $24.48.

If you’d bought Snap shares at any point on that first day of trading and held them until today, you would have lost money – despite Snap increasing its revenue tenfold. 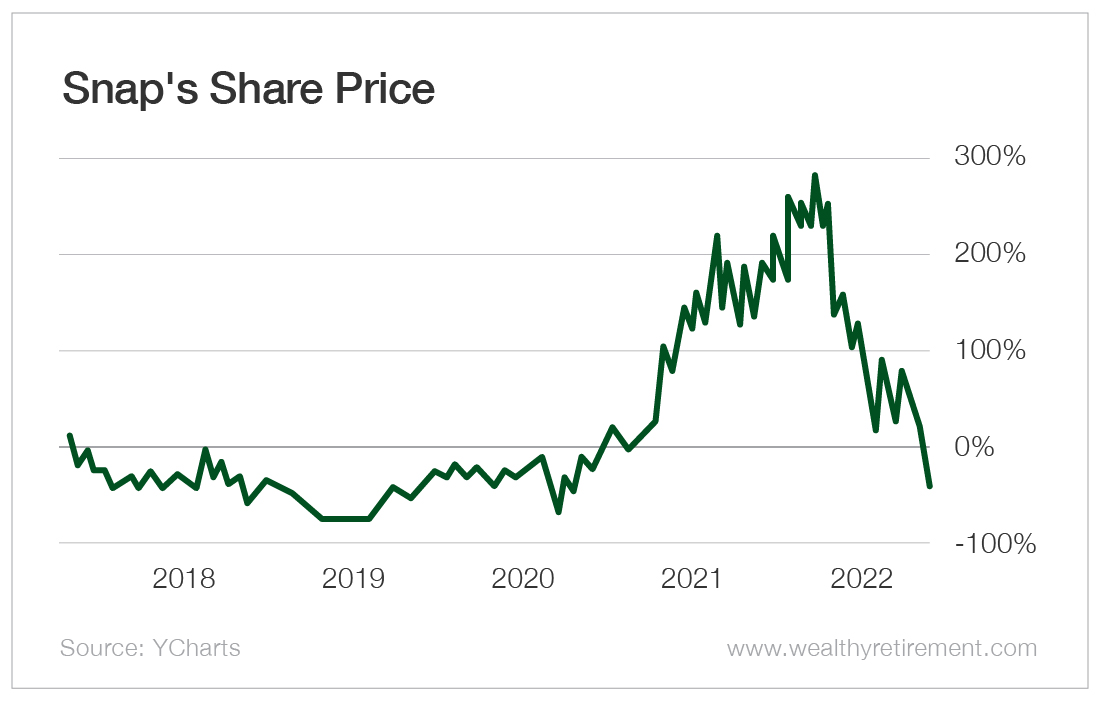 How can a company do this well for five full years, yet lose investors’ money?

The answer is valuation.

If you pay too high of a price for even a wonderfully successful business, your investment is not going to work out very well.

In March 2017, Snap shares were trading for an astoundingly expensive price-to-sales valuation of 70.

It was virtually impossible for Snap to grow into that kind of absurd valuation.

Five-plus years have now passed, and Snap’s share price has gone down despite revenue increasing tenfold.

Instead of trading at 70 times sales, Snap now trades at 5 times sales. 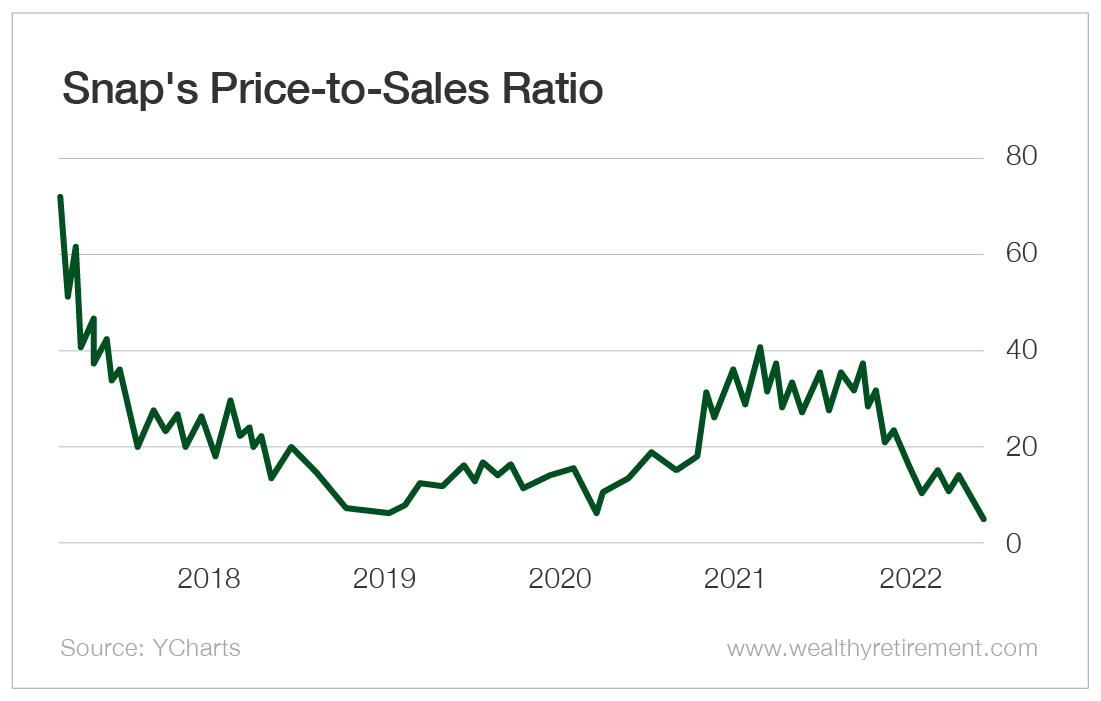 This is what we call multiple compression.

Investors are now willing to pay only a much lower multiple on sales.

Being down on an investment after more than five full years is a terrible waste.

A person could have invested in a much safer asset, like a widely diversified S&P 500 Index fund, which has returned 90% over the same period of time.

So… are Snap shares attractive now that they’ve been compressed?

I’m uncertain. But I do know of another beaten-down technology stock – one that I think is a terrific bargain at current prices.

I’ll share it with you when you hear from me next.