What a disaster the tech space has become and Amazon (NASDAQ:AMZN) is not helping matters. At one point in time — like in 2020 or 2021 — AMZN stock may have been an anchor. It may have been a stout company with a market capitalization in excess of $1 trillion helping to stabilize the market.

In effect, it could have been an Apple (NASDAQ:AAPL).

While investors don’t tend to look at Amazon as the financial juggernaut that Apple, Microsoft (NASDAQ:MSFT) and others are, they still look up to it. Despite the massive pullback, the company still sports a $1.1 trillion market cap.

That alone of course does not make it a buy. However, love Amazon or hate it, investors can’t deny that it has a dominant position in e-commerce and in cloud computing. Those industries are secular growth markets and while AMZN stock is down massively today — and may still fall further — it will at some point stage a rebound. 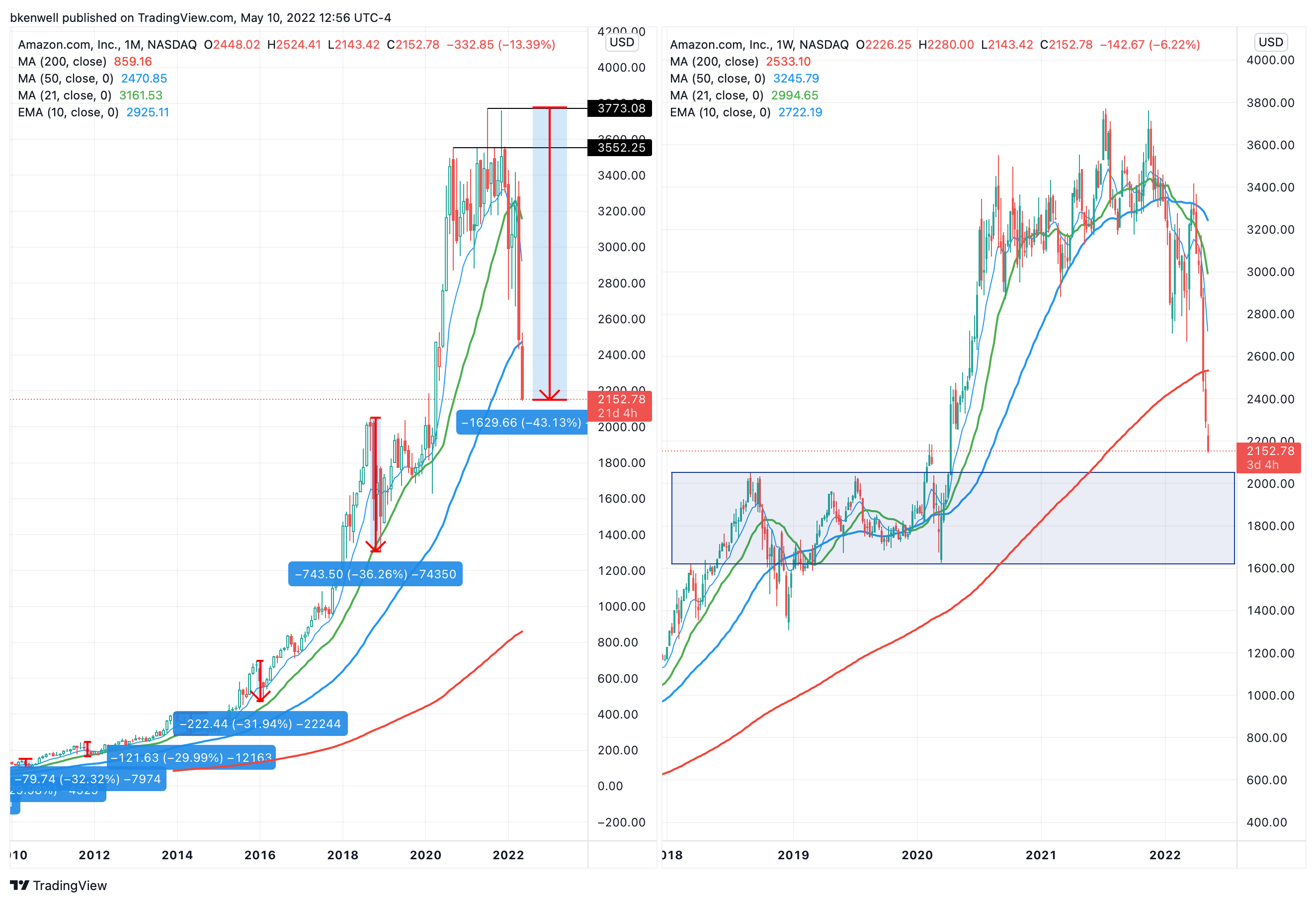 When we look at the chart, you can see that a 40% decline is not all that common. The monthly chart on the left dates back to 2010 and there has not been one 40% correction in all that time.

That’s right. The oft-hated AMZN stock that was the centered of bears’ attention until Tesla (NASDAQ:TSLA) came around, has not had a 40%-plus correction in more than a decade. The last time it fell more than that was the 65% decline it suffered in 2008 during the financial crisis.

While earnings are a little bumpy, analysts expect steady growth out of Amazon. Estimates call for 12% growth this year, lifting Amazon’s sales above $525 billion, and for an acceleration up to 17% growth in 2023.

Just because the stock has fallen 40% doesn’t mean it can’t go on to fall 50% from the highs. For that matter, it doesn’t mean that another 65% decline isn’t in store. However, for long-term investors who like solid companies, AMZN stock is one to watch.

Accumulating with a dollar-cost average approach may work best in this scenario. It allow investors to slowly build a position without having to time the market. However, for those looking for a more direct risk/reward approach, let’s see if we hit the $2,000 to $2,050 area. That was a major resistance zone and a breakout level for the stock.