Japan’s entertainment and electronics conglomerate Sony Group (SONY) is about to hit a major milestone.

In this fiscal year, its revenues will hit the 10 trillion yen mark (about $86.5 billion)—gain of roughly 50% over the past decade. That’s pretty darn good, and in sharp contrast to many of Japan’s conglomerates, where revenues have actually declined.

So, how did Sony achieve such success?

Interestingly, Sony has refused to spin off its movie and music businesses, ignoring the advice coming from the activist U.S. fund Third Point.

In addition, the company has shifted its focus away from electronics and toward software and other intangible assets—so much so that its growth now is driven by entertainment.

In effect, Sony threw out the model used by many other Japanese firms and focused on platform services and paid content, a strategy that has been an important reason behind the success of U.S. tech giants Google, Apple, Facebook, and Amazon.

Platforms, with networks of content providers and users, become more valuable and earn more money as they acquire more users.

Amazon is a prime example. The Nikkei Asia spoke to Yoshiaki Ichikawa, a visiting professor at Tama University in Japan, who said Amazon’s revenues has averaged growth of 28% per year since 2000. Thanks to this exponential growth curve, Amazon topped the equivalent of 10 trillion yen in sales a mere 21 years after its founding. 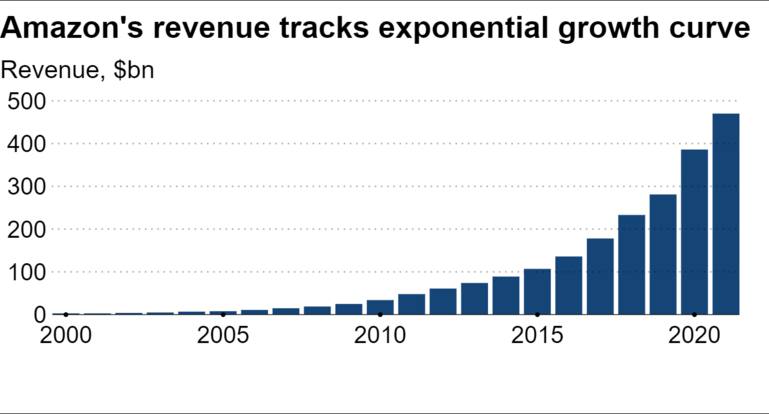 No wonder, then, that Sony wants to follow in Amazon’s footsteps and go down this path.

Sony has a good start: its game and network services segment is expected to earn 2.73 trillion yen in revenue for the fiscal year ending in March. That’s up nearly three and a half times from a decade ago!

This represents growth of 13% every year since fiscal 2011. That’s a good growth trajectory, although it is a slower pace than Amazon’s.

So, can Sony accelerate its growth path even more?

I believe it can.

Sony has had one ambition for literally decades: to become the world’s most fully integrated entertainment company.

Over the years, Sony has put together an impressive group of assets: world-class music catalogs (Sony Music) and Hollywood film and television studios, plus PlayStation, the leading video game hardware…but it could never quite make its proverbial orchestra play in harmony.

But finally, all of Sony’s entertainment parts seem to be in working well and in sync.

In other words, Sony has it all.

As independent analyst Pelham Smithers told the Financial Times, “They have music, TV, films, video games: things that everyone [else] wants, but only Sony actually does at scale and in a joined-up way. Looking ahead to a time when entertainment is consumed in even more immersive settings, there is no company more obviously central to the metaverse,” he added. All of this makes Sony a buy, especially after its recent decline in sync with other tech and entertainment-related stocks. Buy it anywhere in the $100 to $110 per share price range.