After an early summer “break” where the pandemic seemed to be receding, it’s looming large out there again, driven by the delta-variant coronavirus and struggling vaccination efforts. In some states, hospitalizations and case numbers are as bad as they’ve ever been, although deaths are still way off the January 2021 peak.

The “L-word” has been the subject of quite a few cable news roundtables, and the market has already been rocked with two or three down sessions where fears of a new round of lockdowns drove frantic selling.

This pessimism is moving money around – lots of money – and when money’s moving, it’s up for grabs. I’m looking at three stocks right now; they’re in play, and they’re about to be the subject of a battle royale between big shorts and true believers.

Some of the most striking images of 2020 were empty airports and fleets of grounded planes, as international air travel and tourism ground to an almost total halt and domestic air travel tanked 95% over the course of a week or so that March.

For a trader like me, the stock charts from those days are just as stunning. The losses in airline, travel, and leisure stocks were just earth-shaking; stocks were sinking left and right in those days, but this subset of stocks largely stayed sunk and sat the white-hot post-COVID-Crash bull rally out, only showing signs of life when coronavirus vaccines appeared on the horizon at the end of 2020.

When it appeared the worst of the pandemic was behind us, these stocks were trading in an atmosphere of increasing profits and increasing travel – business, leisure, domestic, and international. In June, U.S. airports reported more than 2 million daily passengers for the first time since the March 2020 lockdowns.

But now that the pandemic’s taken a turn for the worse, uncertainty is back in a big way. Airline stocks now are among the most shorted stocks on the market, with short interest creeping into the billions in America’s biggest airlines.

Here’s the thing – air travel, and airline profits, show almost zero signs of stopping or even slowing down, pandemic or not. Bespoke Investment Group noted yesterday that Aug. 2, 2020, was the fifth straight day U.S. airports processed more than 2 million passengers per day – the first time these numbers have been seen consistently since February 2020. 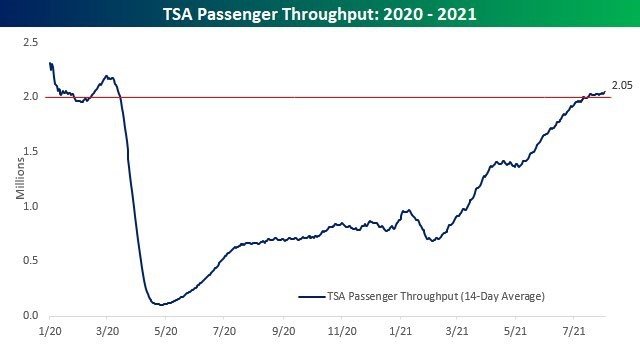 Travel is still rebounding; people are still taking those put-off summer vacations. Even in hard-hit states like Florida, the big resorts and theme parks like the ones Walt Disney Co. (NYSE: DIS) runs are talking about strict mask policies for visitors, rather than shutdowns.

There’s a sense in most of the country that health systems can handle the pandemic even as society stays more or less open as usual. Most analysts are expecting the July employment numbers we’ll see later this week to be as strong or stronger than they’ve been in recent months, and the economic recovery and boom we’ve been experiencing just isn’t showing many signs of slowing – inflation certainly isn’t, either.

Yet, more than $4 billion worth of airline stock is being sold short as we speak, most of it in three airline stocks. I think Wall Street’s making a bad bet against the major airlines, and my proprietary S.C.A.N. algorithm agrees. It’s hit on three in particular that I’m watching for my Super Squeeze Profits readers.

Here’s What to Do This Week 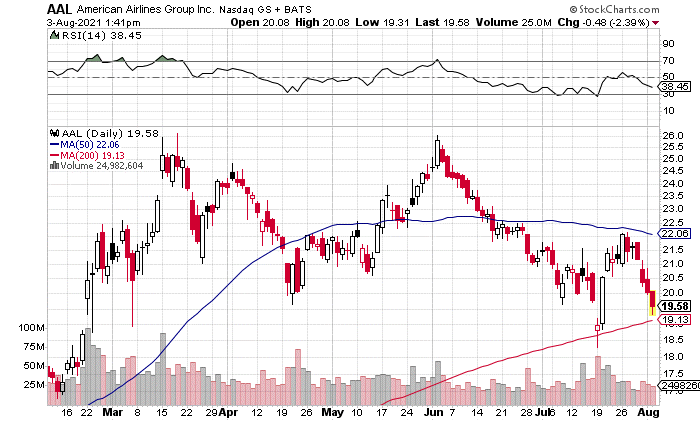 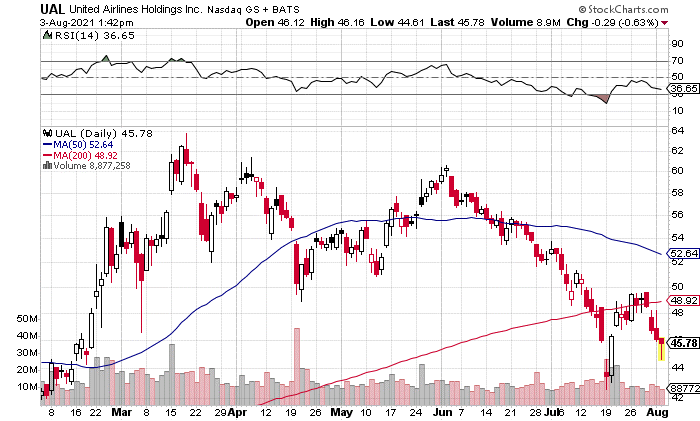 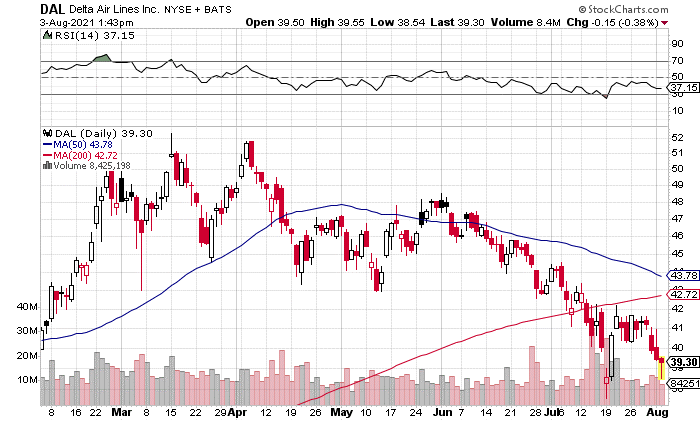 With the possible exception of American Airlines – which didn’t have a terrible second quarter, all things considered – each of these airlines reported positive news this most recent earnings season; “recovery” was a word you heard a lot on those calls. Load factors (read: “passengers in seats”) and profits are rising nicely. We’ve got healthy fundamentals in a favorable business environment. The high levels of short interest, in the context of the bigger technical picture – which is that every single one of these stocks is inches away from “oversold” territory – tells me any or all of them are ripe for a move higher.

When that happens, the traders running Wall Street’s big short positions in these stocks will move to “cover” their shorts, which will drive the prices higher and higher. Folks trading these stocks could make out like bandits, but buying and holding from these levels on up makes good sense, too.