The S&P 500 is still cruising along near all-time highs. But that information isn’t very useful. Why?

It’s a market of stocks, not a stock market. If you’re investing in individual businesses, the market doesn’t really matter.

What matters is the valuations on those individual stocks. And what’s really interesting is that many stocks have entered correction territory.

A correction is a decline of 10% or greater in the price of a security. Maybe the market is in a bubble, maybe it’s not. However, I don’t think a lot of individual stocks were ever in a bubble. And if they were, the bubble has already popped.

With these stocks in correction territory, their yields are higher. All else equal, a lower price results in a higher yield. That means more passive income on the same invested dollar.

Today, I want to tell you about three dividend growth stocks that have already corrected. Ready? Let’s dig in.

Caterpillar is a heavy machinery business that has increased its dividend for 28 consecutive years.

Caterpillar is now sitting at about 15% lower than its 52-week high of $246.69/share. That’s taken some of the bite out of this stock. It’s still up 66% over the last year, so it’s no slouch – even after its recent correction. But it’s at least a pill that’s easier to swallow if this stock is on your radar. 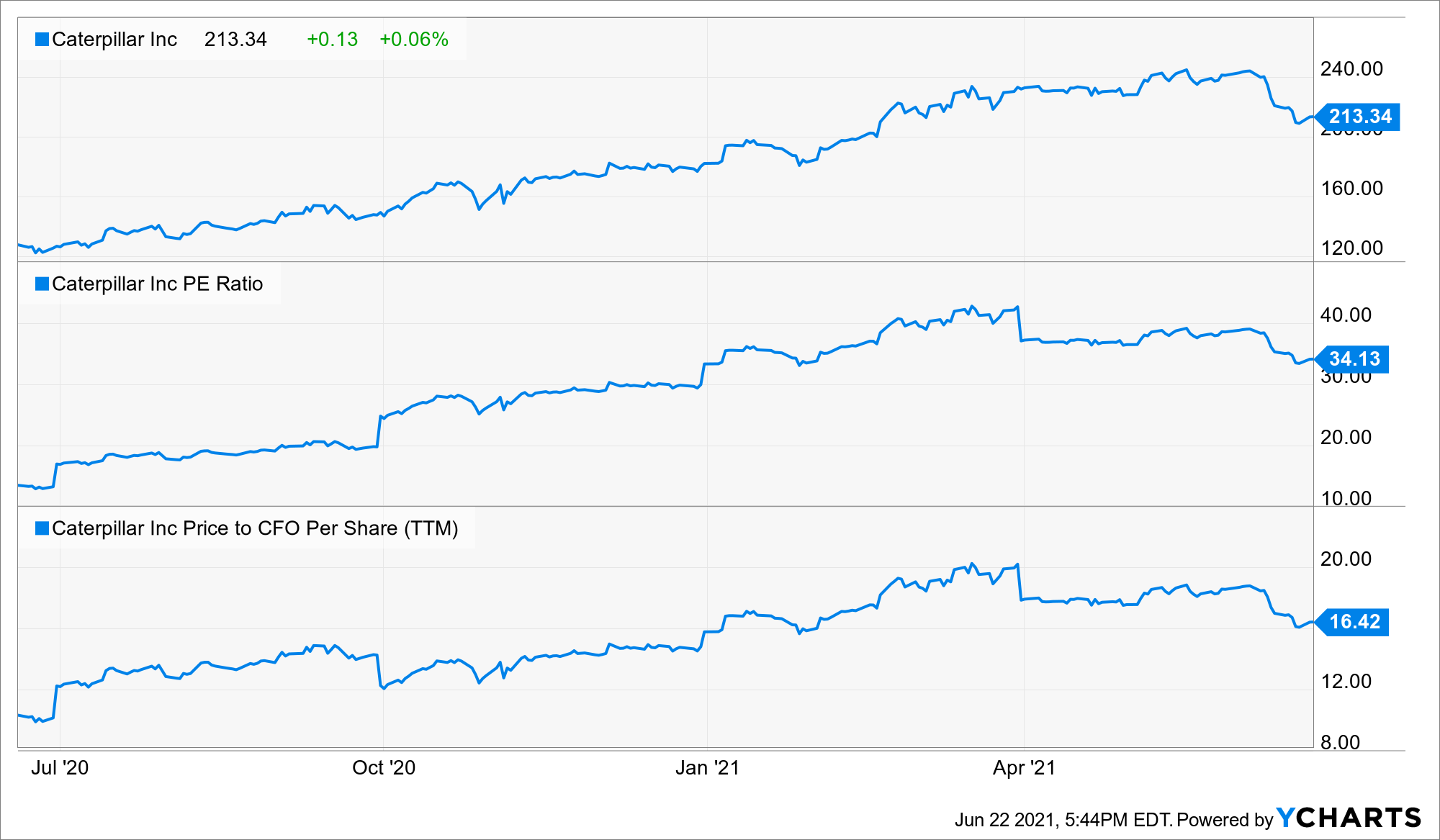 Caterpillar has looked expensive for a while now. But it’s come back down to earth.

June has been terrible for this stock. It started the month off priced over $240/share. It’s now sitting below $210/share. That’s excellent news for investors looking to accumulate shares. If you’re in accumulation mode, you should always wish for lower prices on quality assets.

Don’t get me wrong. This stock isn’t super cheap. But it’s at least more reasonable than it was only weeks ago.

Some of the valuation metrics have gone from totally outrageous to somewhat acceptable. For example, the drop in price has caused the yield to rise. The stock now yields over 2.1%. The stock’s five-year average yield is 2.5%. A bit more weakness puts it close to its recent historical average. And on a quality business like Caterpillar, that’s something that becomes highly worthy of consideration.

Clorox is a consumer staples powerhouse that has increased its dividend for 44 consecutive years.

Clorox’s 52-week high is almost $240/share. It’s now below $175/share. This stock is almost 30% off of its 52-week high. Talk about a correction. That’s almost three corrections – simultaneously. 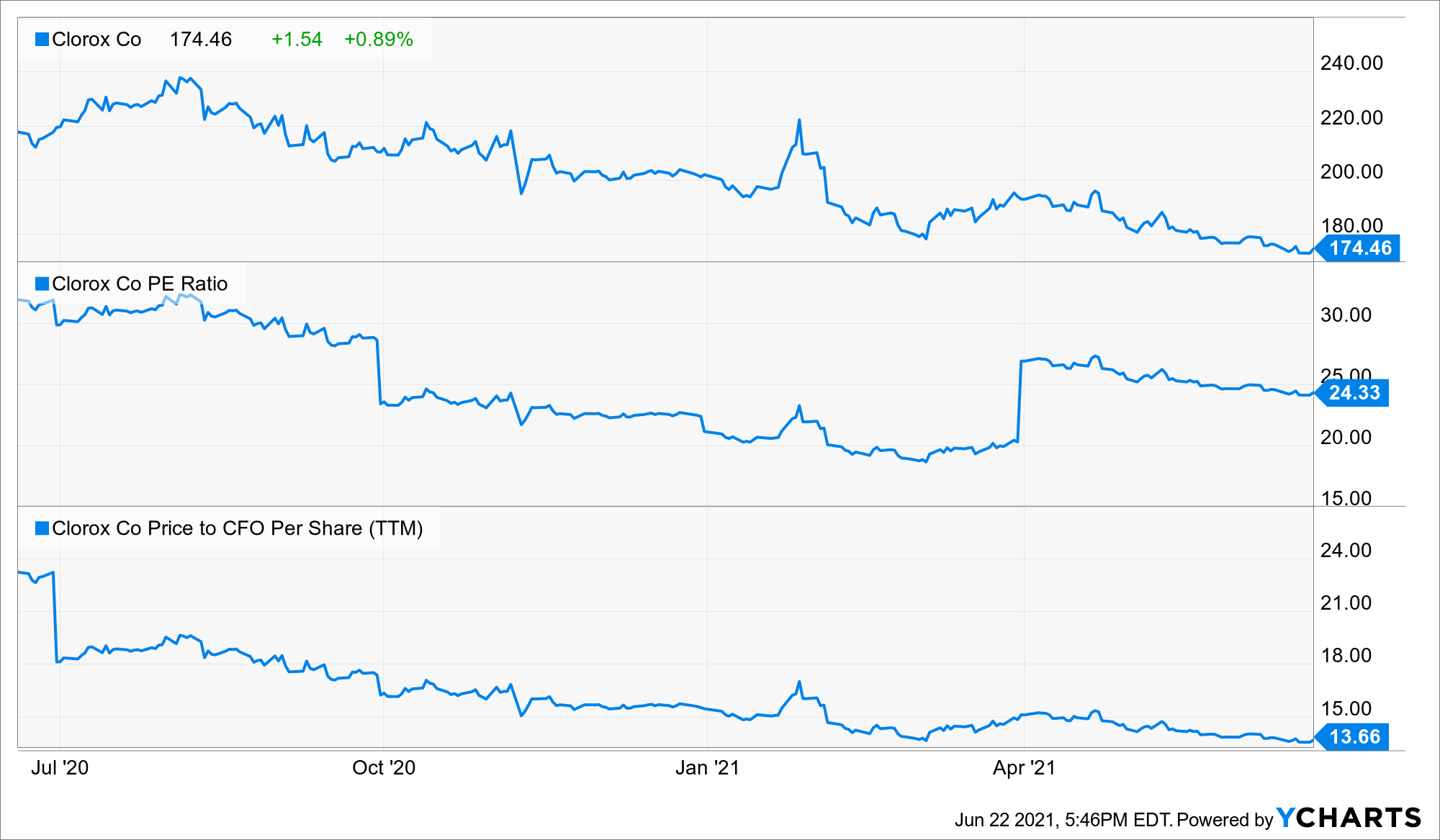 After becoming arguably too rich from investors bidding the stock up on the back of increased demand for cleaning products during the outset of the pandemic, Clorox has fallen from grace and now re-entered the realm of rational valuation.

I’d argue this stock has an appealing valuation once again.

The P/E ratio is around 24. That beats the market. It’s also below the stock’s own five-year average P/E ratio of 25.4. The severe correction has also given the stock a pretty nice yield of 2.7%. That market-beating yield is 30 basis points higher than the stock’s own five-year average yield. If you’re looking to clean up in this market on a fully corrected stock, take a look at Clorox.

JPMorgan Chase is a banking giant that has increased its dividend for 10 consecutive years.

This stock never looked to be in a bubble. But if there ever were a bubble, it’s definitely popped. The stock’s now around $148/share. That’s more than 10% off of the 52-week high of $167.44/share. We’re clearly in correction territory here.

This is arguably the best large bank in America, but it’s not priced like it. 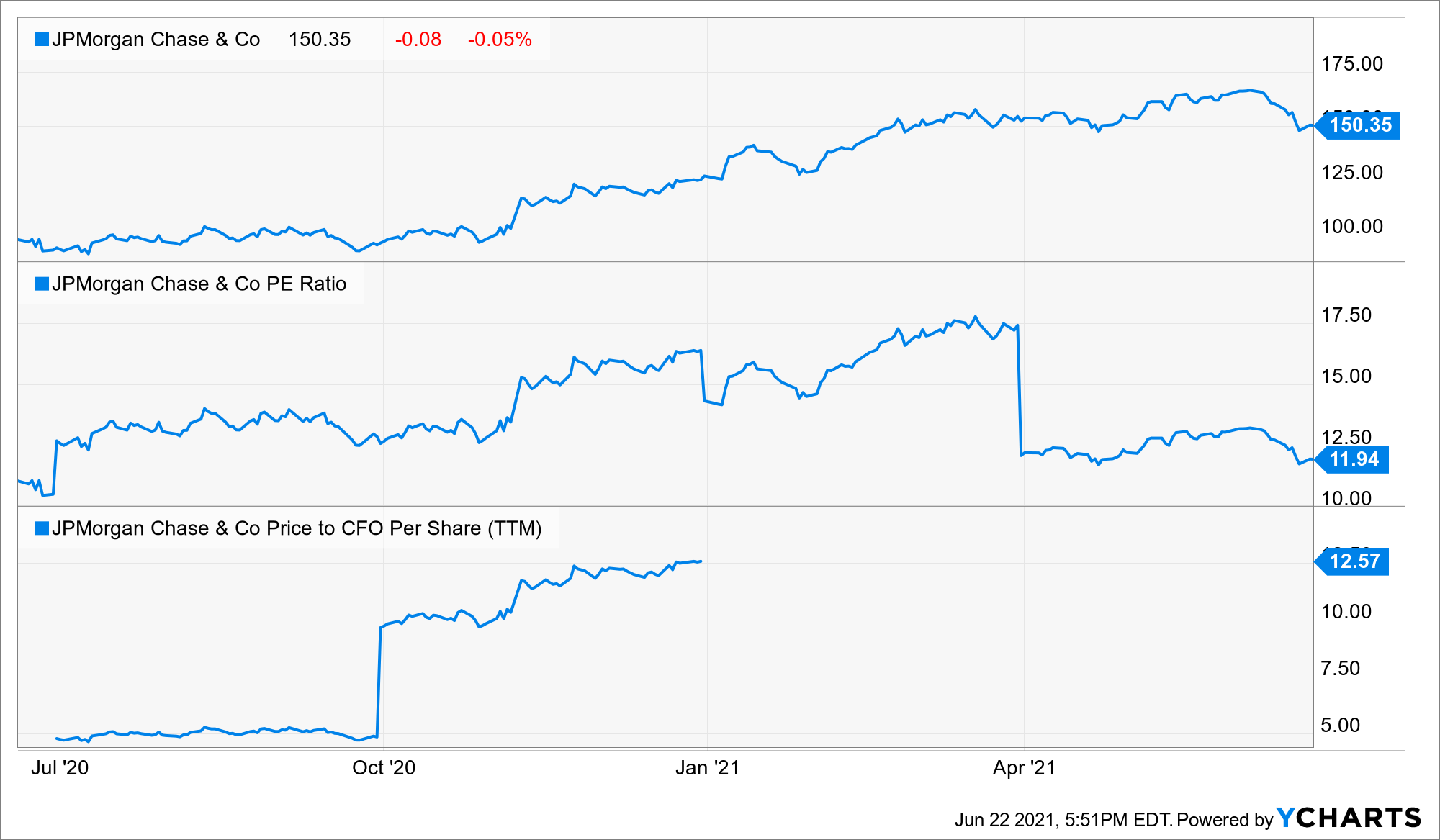 The company has been printing amazing numbers before, through, and coming out of the pandemic. It’s been rewarded – the stock is up more than 50% over the last year. But it’s up so much only because it dropped so far. Too far, perhaps.

The stock never looked particularly expensive. But after the correction, it now looks downright cheap.

The stock is trading hands for a P/E ratio of under 12. Very few high-quality businesses out there sport such a low earnings multiple. And the stock’s yield has been given a boost by virtue of the falling stock price – the stock now yields slightly over 2.4%. That’s right in line with its own five-year average yield. Plus, I think JPMorgan Chase is going to announce a significant dividend increase later this summer, after its given the green light by the Fed. This bank deserves your attention, if not your capital.