Ternium (NYSE: TX) is a Latin American steel producer with 17 production centers in Argentina, Colombia, Mexico, Brazil and other countries.

It just raised its dividend in a big way. Shareholders received $2.10 per ADS (American depositary share). That’s a 75% hike from a year ago, and it gives the stock an impressive 5.7% yield.

But should investors feel confident that the $2.10 per share dividend can be sustained?

And that’s up from $595 million in 2019, so free cash flow has been growing strongly for several years.

As a guideline, I like to see companies with payout ratios of 75% or less of their free cash flow.

This year, Wall Street projects $421 million in dividends for an even lower 26% payout ratio.

Ternium started paying a dividend in 2007. In 2009, during the Great Recession, it eliminated the payout entirely before bringing it back to previous levels the following year. 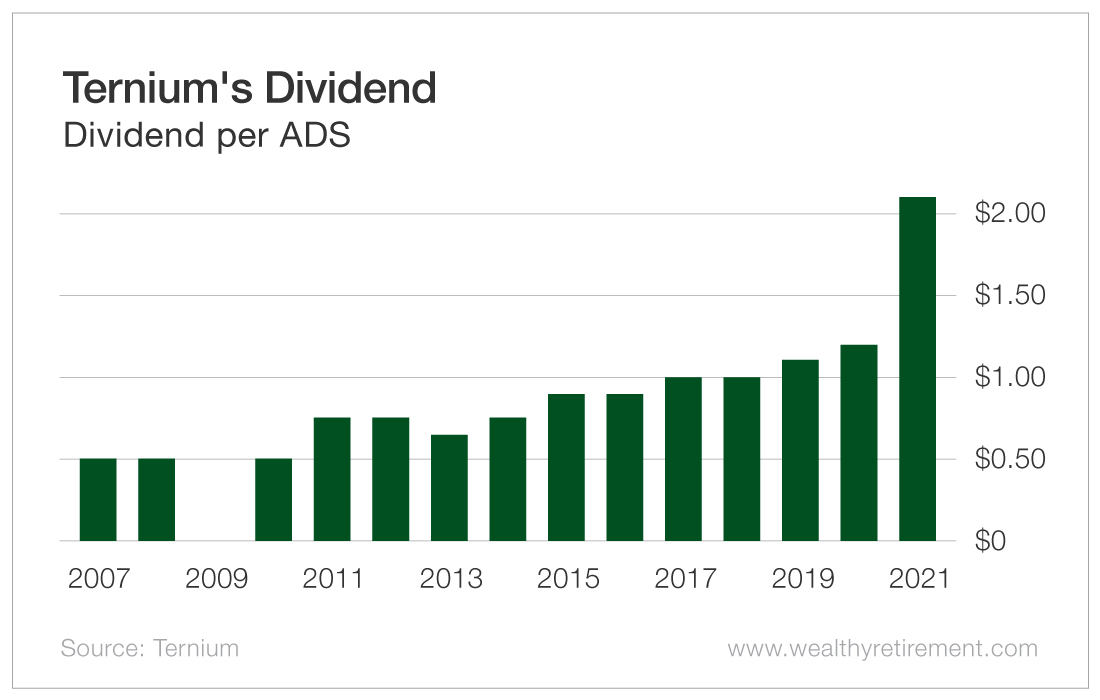 So we have a robust 5%-plus yielder that generates mountains of cash flow, much more than is needed to pay the dividend – even the 2021 dividend that grew by 75%.

The one concern is that management has shown its willingness to reduce the dividend when necessary.

I don’t expect that to be necessary in the next 12 months with these big cash flow numbers and low payout ratio. In the near term, the dividend is safe.