Today, I want to compare two of the best dividend growth stocks out there – Coca-Cola  and Pepsi.

I’m putting two heavyweight food and beverage titans up against one another in a battle royale. Let’s see who comes out on top. 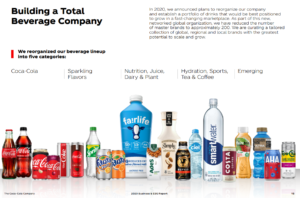 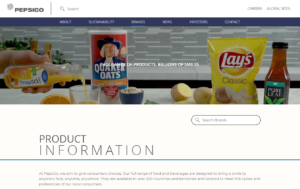 Whoever wins the most rounds wins the battle. Regarding fundamentals, we’re going to take a look at dividend metrics, business growth, profitability, and balance sheet strength.

Who’s got the best fundamentals? Coke or Pepsi? Let’s find out.

So far, based on dividend metrics, I’m giving the edge to Pepsi.

Moving on to business growth, Pepsi starts to extend its lead.

Revenue for Pepsi is up modestly over the last decade, while Coke’s revenue is actually down sharply.

Now, there has been a lot of reshuffling going on over at Coke with bottlers, so it’s not totally apples-to-apples. But there’s still a difference there. It’s the same story with EPS. Pepsi’s EPS has a CAGR of 2.7% over the last decade, whereas Coke’s EPS is basically flat over the last decade. 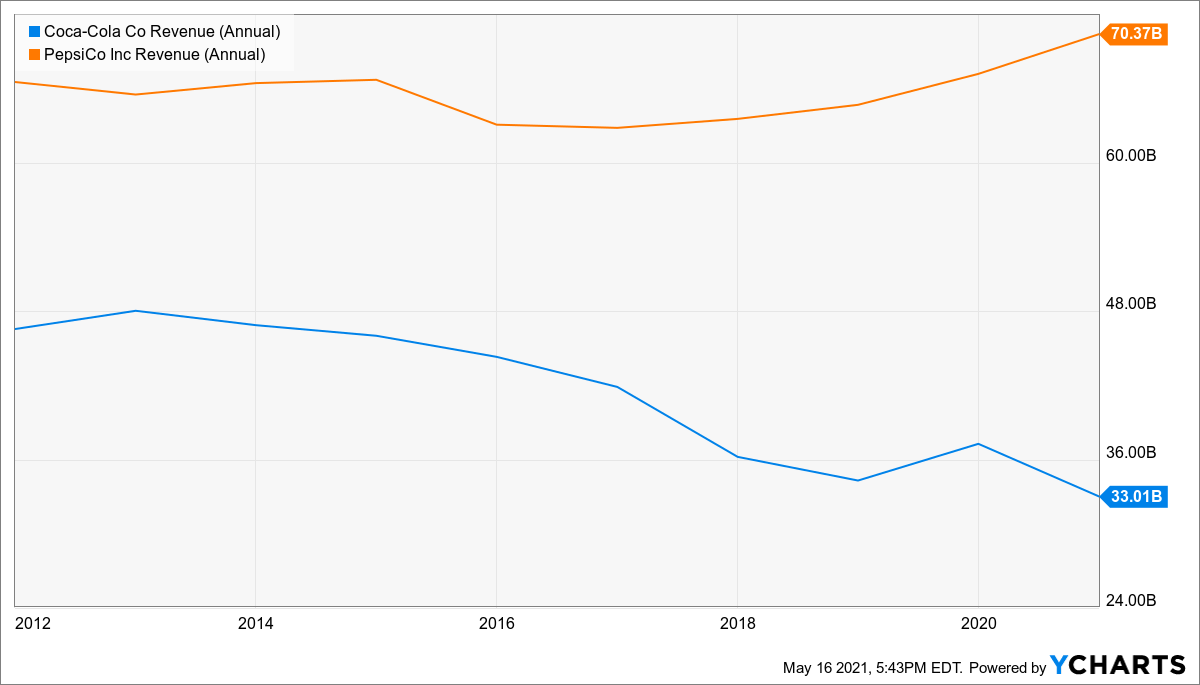 Might profitability turn the tide? Over the last five years, Coke has averaged annual net margin of 17.26% and annual return on equity of 30.84% compared to Pepsi’s 11.56% and 59.96%, respectively. I like those higher margins over at Coke. But Pepsi’s slightly better balance sheet saves the day. Their long-term debt/equity ratio of 3.0 is unfavorable compared to Coke’s 2.1; however, both companies have almost the same amount of long-term debt on similar market caps, which means Pepsi’s higher ratio is more a function of lower common equity. Meanwhile, Pepsi has the higher interest coverage ratio, at about 9 compared to less than 8 than Coke. And that’s more important. 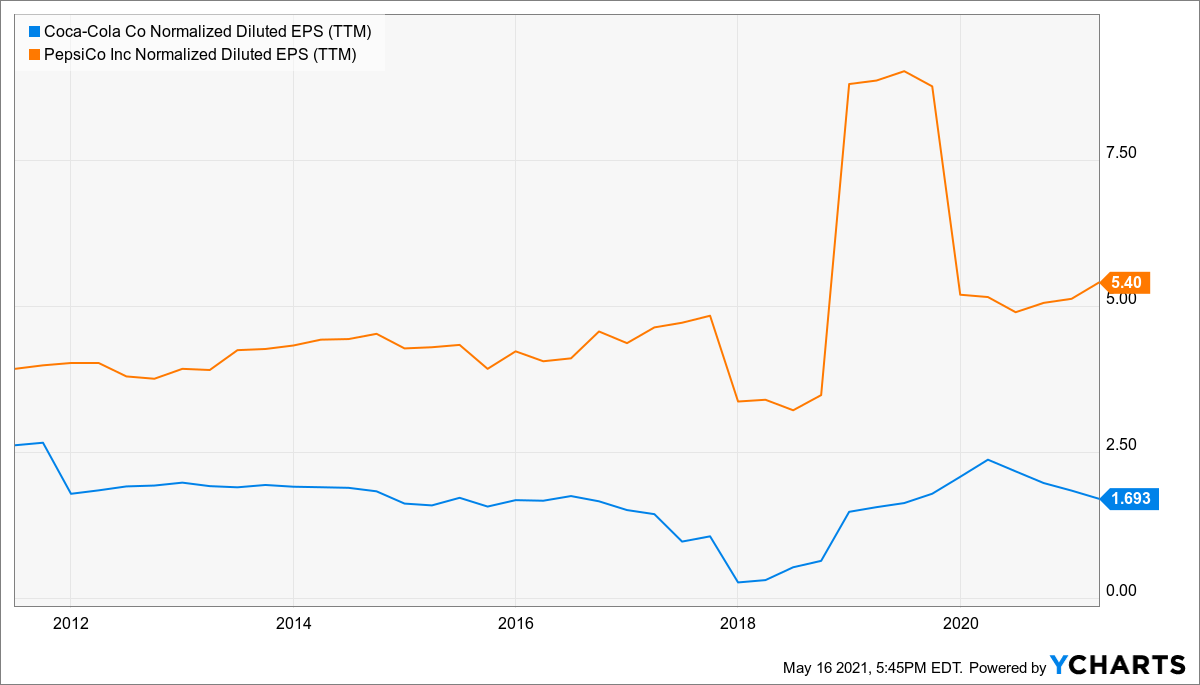 Pepsi wins the first round. Their fundamentals are just plain better almost across the board. Let’s start round two.

Regarding qualitative aspects, I see this as almost a tie. They’re very similar business models with very similar competitive advantages and risks. Coke has the bigger, better, and more recognized beverage business. Pepsi has the snack business, which diversifies the company and gives them broader reach and appeal. Pepsi does have more billion-dollar brands, at 23 versus 20 for Coke. And I’d also say that Coke has slightly more risk, overall, due to their debt position and dividend payout ratio.

I’m giving the second round to Pepsi. But how about valuation? Can Coke at least finish strong? Or will it be a clean sweep?

With Pepsi’s superior business, you’d think it would have a higher valuation. But that surprisingly doesn’t seem to be the case. Almost every single basic valuation metric favors Pepsi’s stock.

Investors are paying a richer valuation for an inferior business? That doesn’t make a lot sense to me.

Yet that’s what we seem to have. The P/E ratio for Pepsi’s stock is under 27, whereas Coke’s P/E ratio is over 32. GAAP earnings for these two companies can be lumpy, so we can go to cash flow for some truth. However, again, Pepsi wins. Their P/CF ratio of 18.8 blows away Coke’s P/CF ratio of 21.4. There’s also the sales multiple. Pepsi’s P/S ratio of 2.8 is way lower than Coke’s 7.0.

And KO, unfortunately, has been KO’d. It’s a knock-out win. Pepsi wins all three rounds and finished very strong.

I’d argue that Pepsi is the higher-quality business with a broader array of products. They have more billion-dollar brands, including the likes of Pepsi and Doritos. The dividend is better protected. Their balance sheet is better. And the stock has a lower valuation. If you’re looking to invest in either the beverage or the snack space, Pepsi strikes me as a better long-term investment idea than Coca-Cola for dividend growth investors.