Call me a skeptic, but I don’t believe in a “new normal”.

People tend to view things through a short-term lens.

Thus, it’s easy to extrapolate out “today” as “forever”.

But long-term investors have to look at life and investments through a long-term lens.

The world has faced many exogenous shocks before, yet life tends to carry on as usual once recovering.

Think of it as a “reversion to the mean”.

Despite the global pandemic upon us, the most likely outcome is that life in 2025 looks much like it did at the start of 2020.

However, intelligent investors don’t need to make binary bets like this.

That’s because there are many companies that profit with or without life returning to the way it was.

I’m invested in many of them via my FIRE Fund.

That’s my real-money stock portfolio, and it generates enough five-figure passive dividend income for me to live off of.

Indeed, I retired in my early 30s by investing in world-class businesses that profit no matter what’s going on in the world.

And I describe how I did that in my Early Retirement Blueprint.

The investment strategy I use is dividend growth investing.

The Dividend Champions, Contenders, and Challengers list features more than 700 US-listed stocks that have raised dividends each year for at least the last five consecutive years.

It’s a fantastic strategy for so many reasons, not least of which is the rising passive dividend cash flow coming straight into your brokerage account.

But you have to approach this investment strategy in a businesslike way.

That means always relying on fundamental analysis and valuation to separate the wheat from the chaff.

Valuation in particular can play a critical role in the success of an investment.

Price is only what you pay. It’s value that you actually get. 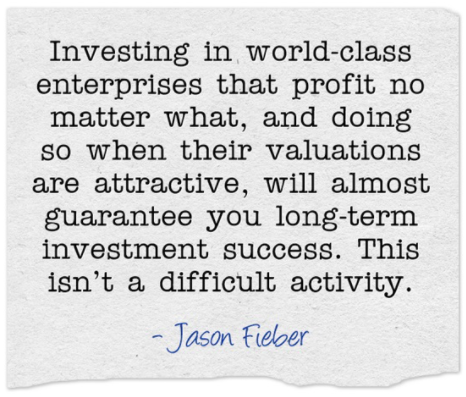 Investing in world-class enterprises that profit no matter what, and doing so when their valuations are attractive, will almost guarantee you long-term investment success.

This isn’t a difficult activity.

The process of valuation has become much easier in recent years, especially with fellow contributor Dave Van Knapp’s Lesson 11: Valuation.

Part of a series of “lessons” on DGI, this free resource provides a useful valuation tool that can be applied to just about any dividend growth stock out there.

Comcast reports insignificant revenue from their Corporate and Other segment. Other business interests primarily consist of the operations of Comcast Spectacor, which owns the Philadelphia Flyers and the Wells Fargo Center arena in Philadelphia, Pennsylvania. In addition, Comcast Spectacor has recently entered the esports space, which is being bolstered by the $50 million construction of next-generation Fusion Arena.

I mentioned earlier the importance of looking at investments through a long-term lens and avoiding unnecessary binary bets.

Well, an investment in Comcast hits both of these points.

Comcast is taking advantage of secular growth in demand for both internet bandwidth and quality content.

Furthermore, there’s no binary bet here on the eventual outcome of a post-pandemic society. I think things will return to normal within a year or two, but I could be wrong.

It doesn’t matter, though.

This company will thrive either way.

If the work-from-home model becomes more widespread, that creates additional decentralized demand for their bandwidth. Access to the Internet is practically as important as access to electricity nowadays.

On the other hand, society returning to normal helps their various entertainment options within the NBCUniversal umbrella.

The company’s hedged bets help to protect their profit and dividend.

Comcast has increased its dividend for 13 consecutive years, showing commitment and consistency.

That huge dividend growth comes on top of the stock’s starting yield of 2.1%.

Notably, the current yield is 30 basis points higher than the stock’s own five-year average yield.

And the dividend is protected by a low payout ratio of 36.9%.

That low payout ratio puts the dividend in a great position to continue growing.

That future dividend is growth is ultimately what today’s investors are betting on and putting capital at risk for.

And it’s that future growth that I’ll now try to project, which will later help us estimate the value of the stock.

I’ll first rely on what the company has done over the last decade in terms of top-line and bottom-line growth.

Then I’ll compare that to a near-term professional prognostication of profit growth.

Blending the two together should allow us to approximate where Comcast’s future growth potential.

This is a stunning result, especially considering that Comcast is perpetually under “cord-cutting” pressure as people move away from traditional cable TV bundles.

This showcases the value in their diversified business model. It also indicates a clear ability to offset cable TV losses with higher prices on Internet packages.

However, it’s important to keep in mind that not all of this growth is organic.

Comcast has been highly acquisitive over the last decade.

The acquisition of NBC Universal for just under $54 billion through two transactions transformed Comcast into the media conglomerate they are today.

And the more recent acquisition of Sky added to that.

Very impressive, in my view, especially considering all of the acquisitions.

Share buybacks definitely helped to juice bottom-line growth. Their outstanding share count is down by approximately 18% over the last 10 years.

Looking forward, CFRA believes that Comcast will compound its EPS at an annual rate of 6% over the next three years.

CFRA is factoring in the disruptions to various Comcast businesses, including the theme parks and film content.

On the other hand, they believe the pandemic should create more demand for high-speed bundled connections. And the upcoming political season is a near-term tailwind for spending on TV advertising.

This is a conservative forecast, but I think near-term caution is warranted.

Comcast is unlikely to come out of this totally unscathed.

But plowing ahead with mid-single-digit bottom-line growth through a once-in-100-year event? That proves out a very resilient and wonderful business model.

Moving over to the balance sheet, Comcast has an okay financial position.

It’s not a sparkling balance sheet. There’s a lot of debt. Which isn’t a surprise. Every single business line they run is capital intensive.

Furthermore, those large aforementioned acquisitions have come at the cost of a lot of additional debt and now weigh on the balance sheet.

That said, the company is certainly not in dire straits.

The long-term debt/equity ratio is 1.18, while the interest coverage ratio is slightly under 5.

I will say, Comcast has historically operated with these kind of metrics. They’re nothing new.

There’s more debt on the balance sheet, but the company is also earning much more cash flow.

Profitability is robust, and it’s been improving of late.

Over the last five years, the firm has averaged annual net margin of 14.61% and annual return on equity of 20.53%.

The debt load has supercharged ROE.

Overall, Comcast strikes me as a great way to avoid a binary trade here.

With or without a broader reopening of the US economy, Comcast should thrive.

And with scale, huge barriers to entry, and the ability to operate as a local monopoly in many markets, the company benefits from numerous competitive advantages.

This affects them both on the cable video side (distribution) of the business and the cable networks side (production). Less consumers watching traditional cable television networks is a “double whammy” for Comcast.

Comcast also faces the risk of technological obsolescence. If a better and/or cheaper way to access the internet can be scaled by a competitor, this would greatly impact the business model. 5G wireless could be such a threat.

And while more of a near-term issue, theme parks are directly impacted by the pandemic.

With these risks known, I still believe that Comcast makes a lot of sense for long-term dividend growth investors.

That’s especially true with the stock sporting an attractive valuation…

The P/CF ratio, at 8.0, is slightly lower than the stock’s own three-year average P/CF ratio of 8.2.

And the yield, as noted earlier, is lower than its own recent historical average.

So the stock does look cheap based on basic valuation metrics. But how cheap might it be? What would a reasonable estimate of intrinsic value look like?

This DGR is on the high end of what I ordinarily allow for.

But I think Comcast deserves it.

The balance sheet is the only real weakness here.

When looking at the long-term EPS growth, long-term proven dividend growth, the low payout ratio, healthy free cash flow, and monopolistic attributes, I believe Comcast can do at least high-single-digit dividend growth over the long run.

There are near-term challenges, but this business has excellent long-term prospects.

The stock looks at least mildly undervalued from where I’m sitting.

Morningstar rates CMCSA as a 3-star stock, with a fair value estimate of $47.00.

I came out very close to where CFRA is at. Averaging the three numbers out gives us a final valuation of $48.89, which would indicate the stock is possibly 10% undervalued.

Bottom line: Comcast Corp. (CMCSA) is a high-quality media conglomerate that’s positioned to do well no matter what happens with a broader reopening of the US economy. With a market-beating yield, more than a decade of consistent dividend raises, double-digit dividend growth, and the potential that shares are 10% undervalued, this looks like a great long-term bet for dividend growth investors.