Earnings season is in full swing, and as per usual, the big banks were up first.

The numbers so far have been ugly.

By a wide margin, banks just had their worst quarter since the financial crisis…

And yet, now is an extraordinarily good time to buy shares of American banks.

Near-Term Earnings Will Be Bad, but Balance Sheets Are Sound

I’m not bullish on the banking sector because I think earnings will skyrocket next quarter.

In fact, I expect the next several quarters to be challenging.

The economy is suffering. Lots of people are out of work, and nonperforming loans are certain to rise. This is par for the course in a recession.

But the banking sector is in an incredibly strong capital position. Balance sheets are ready and able to absorb credit losses – so this is not 2008 or 2009 all over again.

Today, even in the event of default, the banks’ collateral will cover what is owed on the properties.

Once the need to build up those credit provisions ends, the sector will quickly return to the same level of earnings that it had in 2019.

Meanwhile, share prices in the banking sector reflect near-term challenges, not the eventual intermediate-term rebound. The American banking sector, as represented by the SPDR S&P Bank ETF (NYSE: KBE), is still down almost 35% year to date.

Some individual banks are down even more… 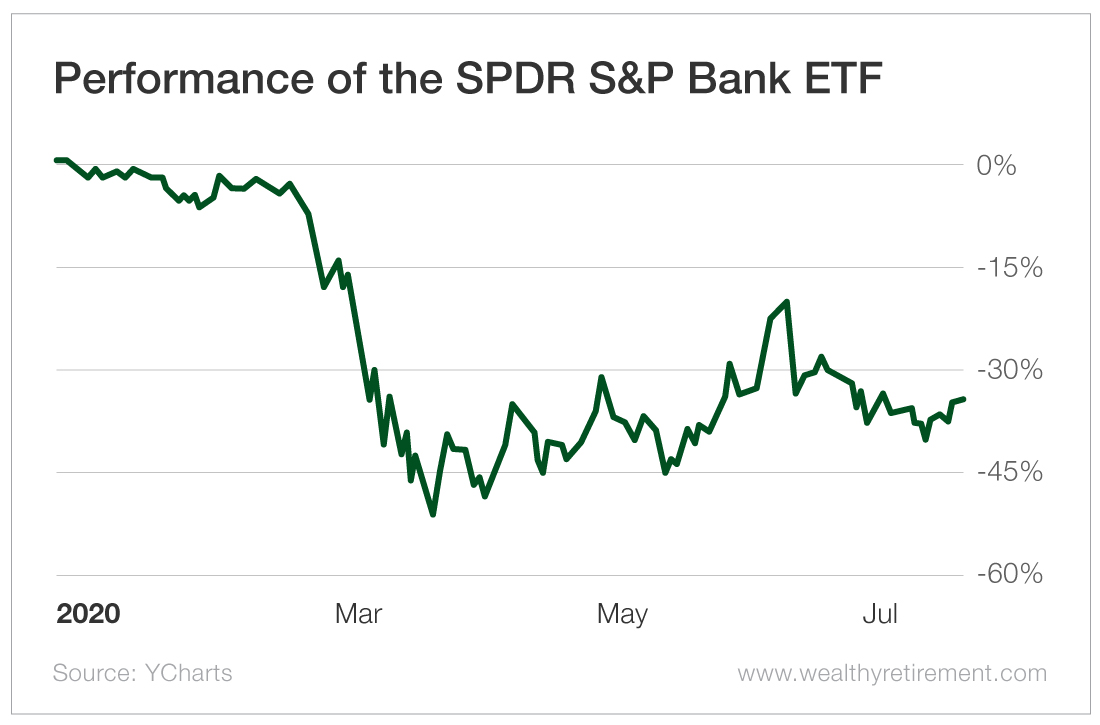 These stocks are near or below the lows hit in 2009 on every valuation metric that captures their intermediate- and long-term earnings power.

In other words, these stocks are priced like the global financial crisis is happening again.

But it isn’t. Balance sheets are in exponentially better shape today, and the banking sector represents the best value in the market.

This trade requires patience, but for investors who can wait, it will pay off very well over the next couple of years.