Starbucks (NASDAQ:SBUX) has been taken to the cleaners — and rightfully so. SBUX stock has way too much exposure to the coronavirus impact, although it’s not due to any of fault of its own.

A trifecta of negativity spearheads the bear case.

First, the outbreak of the coronavirus was in China, the very country Starbucks centered its multi-year growth plan around.

Second, COVID-19 continues its spread across the world and has now hit the U.S. harder than any other country in terms of confirmed cases.

The U.S. is Starbucks’ largest market, by the way.

Finally, Starbucks and almost every other stock is under pressure, as the broad-market selling pressure drags down U.S. equities with breathtaking volatility.

So friends, should we also partake in the panic or should we look for opportunity?

Investors like to joke that coffee is the world’s most popular legal drug, and no one sells it better than Starbucks. Just look at the numbers. 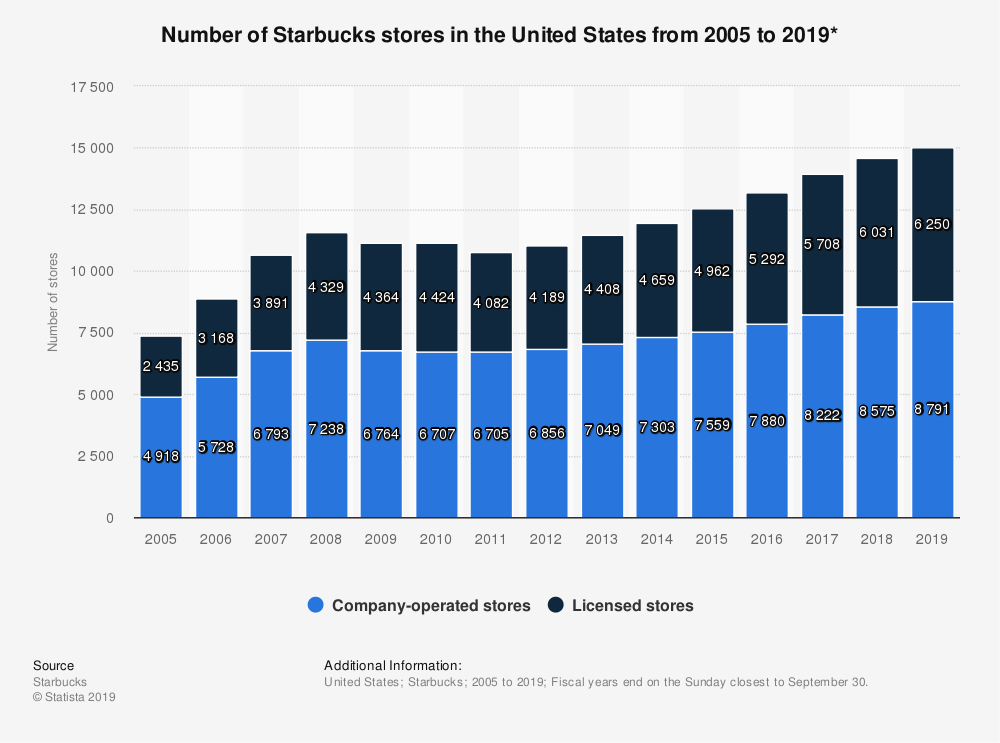 A few years ago, the company began opening 500 new stories a year in China. That’s because of the country’s booming middle class and almost 1.4 billion citizens. It’s why companies like JD.com (NASDAQ:JD) and Alibaba (NYSE:BABA), and more closely related, Luckin Coffee (NASDAQ:LK) have enjoyed such solid growth.

China accounts for roughly 10% of Starbucks’ revenue, so it still represents just a fraction of the company’s overall revenue. A bulk of its sales come from the U.S., which is sure to take a hit as well.

There’s no other way around it, either. U.S. and global revenue is going to take a hit. But it’s not like a Macy’s (NYSE:M) or a J.C. Penney (NYSE:JCP).

Starbucks is an in-demand, leading fast-casual destination for teens and adults. It consistently ranks near the top for restaurant preferences among teens, while being an industry leader in incorporating technology into its business. Ultimately, Starbucks is a staple in the consumer sector and just because it takes a few punches to its quarterly figures doesn’t mean its long-term trajectory is ruined. The company is already getting back up and running in China. Eventually, life will be back to normal here in the U.S. too.

The Bottom Line on SBUX Stock

In March, management approved a 40 million share repurchase plan. That does not mean the company started buying that day, but it does reflect confidence in the long-term business. CEO Kevin Johnson also stressed the company’s balance sheet as a strength in a recent CNBC interview.

I can’t stress this enough: SBUX stock will be okay long term. 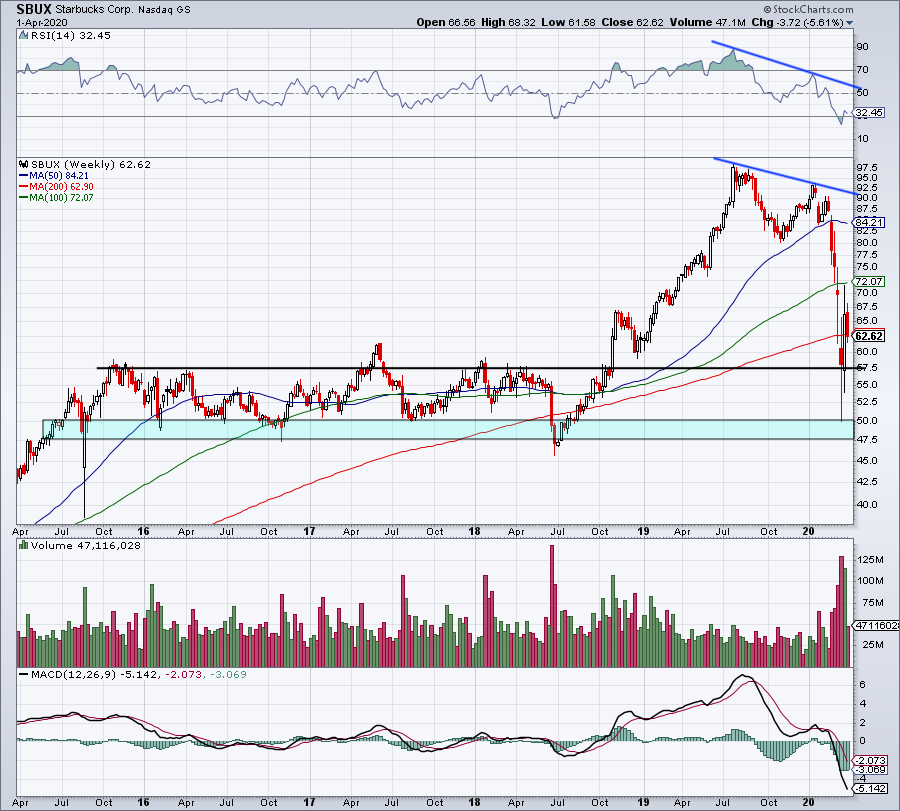 While we don’t know when or at what price Starbucks will ultimately bottom, we can use this weakness to our advantage. From its peak in July to recent lows, SBUX stock fell 49%. From its 2020 high, shares sank 46%. I’m sorry, but any time a high-quality business like Starbucks loses nearly halff its value in a month, that’s a long-term opportunity.

If investors can scoop up shares between $47 and $50, which was multi-year support, they should be very pleased down the road. I don’t know if that’s 12 months, 24 months or 48 months from now. But keep in mind, this stock was a few cents way from hitting $100 not that long ago. Business may suffer a short-term speed bump, but Starbucks won’t be closing its doors anytime soon.

Starbucks has one of the best ROI measures among its peers, including Chipotle (NYSE:CMG), McDonald’s (NYSE:MCD) and Dunkin Brands (NASDAQ:DNKN). The industry’s best will remain the best on the other side of COVID-19. From now until then, it’s just noise.