An Urgent Note From Marc: One of the metrics SafetyNet Pro uses to analyze a company’s dividend safety is Wall Street’s estimate of the company’s cash flow for the year.

Due to the havoc COVID-19 has caused in the economy, many companies around the world have had partial or complete disruptions to their businesses.

Since the situation is still fairly new and very fluid, these estimates, while lowered in many cases, may not be accurate and could cause the ratings of some companies to be too high. Companies rated “D” or “F” are very likely still rated “D” or “F.”

When I write about a company in my Safety Net column in Wealthy Retirement on Wednesdays, I will take the current environment into account, as I did in the piece below about Enbridge. However, the ratings on the SafetyNet Pro tool may be too high in some cases.

We are working on an adjustment to the SafetyNet Pro formula to account for the recent turmoil. We’ll keep you updated on our progress.

The outbreak and attempted containment of COVID-19 has upended the global economy as people hunker down in their homes and wait it out.

The disruption to business is unlike anything we’ve experienced before.

As a result, many companies will cut their dividends, as they simply won’t have much or even any revenue in the coming weeks.

For some companies, it will be very difficult to assess whether they will be able to afford their dividends in the near future.

Management teams are still figuring out what the landscape will look like for their businesses.

In many cases, they need to conserve cash.

In those cases, the dividend will be in jeopardy or temporarily suspended.

For unhealthy companies, the virus will be the excuse to cut.

But some companies will continue to pay their dividends throughout the crisis.

Enbridge (NYSE: ENB) should be one of those companies.

The Calgary-based company owns and operates pipelines in the U.S. and Canada. Two-thirds of Canada’s oil and 20% of the United States’ natural gas travel through Enbridge’s pipelines.

The slowdown will certainly impact the demand for oil and gas. That could lead to slower volumes of oil and gas going through Enbridge’s pipelines, which would impact the company’s revenue and cash flow.

Additionally, the crash in commodity prices may force oil and gas producers to renegotiate.

The most accurate measure of cash flow for pipeline companies, especially when it comes to dividend payments, is called cash available for distribution, or CAD.

Enbridge’s CAD has been steadily rising. It rose every year since 2016 from CA$3.71 billion to CA$9.22 billion last year. This year, the company is forecast to generate CA$9.42 billion.

Of course, this year’s forecast may come down, perhaps significantly.

But Enbridge has plenty of room before CAD drops below what the company pays shareholders.

Last year, Enbridge paid shareholders CA$6.36 billion in dividends for a payout ratio of 69%. A company’s payout ratio is the percentage of earnings or cash flow (I use cash flow) that it pays out in dividends.

This year, Enbridge’s payout ratio was expected to stay about the same. 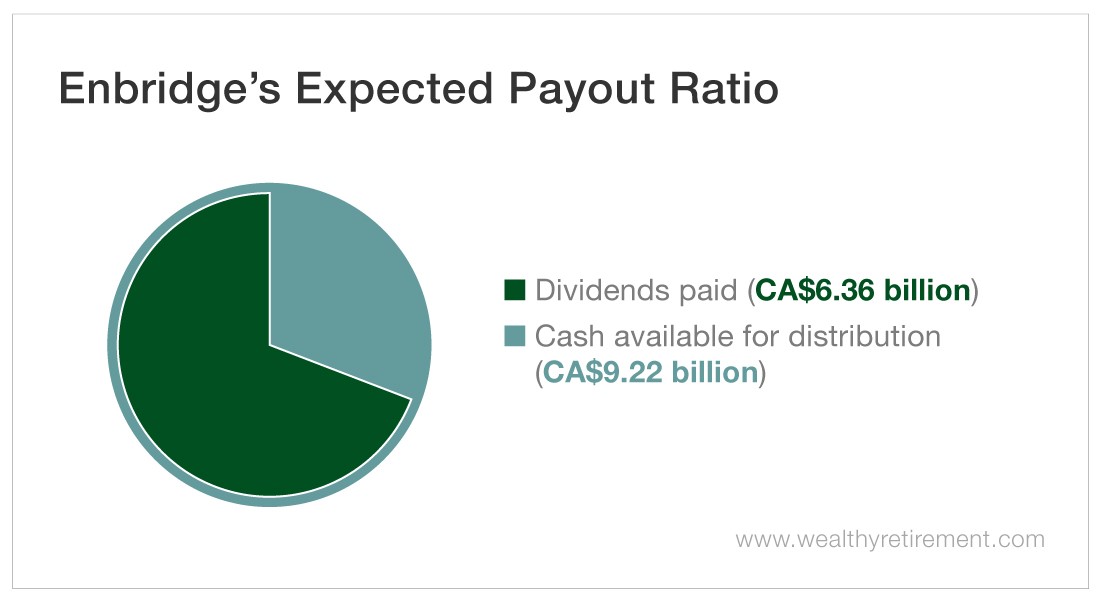 But even if CAD dropped by CA$2.5 billion, the company would still bring in enough cash to afford its dividend.

This year will have a lot of unknowns. Nothing is for certain anymore, but I expect Enbridge to continue to sustain and raise its dividend – even during a difficult 2020. 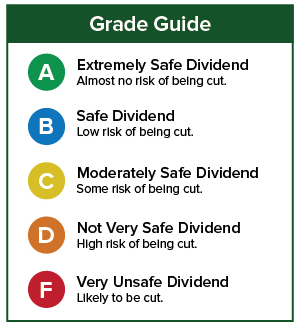