Social Security benefits are a lifeline many older Americans can’t survive without in retirement.

In fact, approximately half of baby boomers expect their Social Security benefits to be their biggest source of income in retirement, according to a survey from American Advisors Group.

When you’re depending on your monthly checks just to get by during your golden years, it’s in your best interest to understand as much as you can about how the program works.

When you have a better understanding of exactly how your benefits are determined, you can make better decisions and avoid the common pitfalls that plague retirees.

Some mistakes are more harmful than others when it comes to Social Security benefits. These three are some of the most financially dangerous.

The Social Security Administration calculates your benefit amount by averaging your income over the 35 highest-earning years of your career. That number is then run through a formula to account for inflation, and the result is your basic benefit amount.

If you work fewer than 35 years, you’ll have zeros entered into your equation to account for the years you weren’t working. That can significantly lower your overall earnings average, which will also r 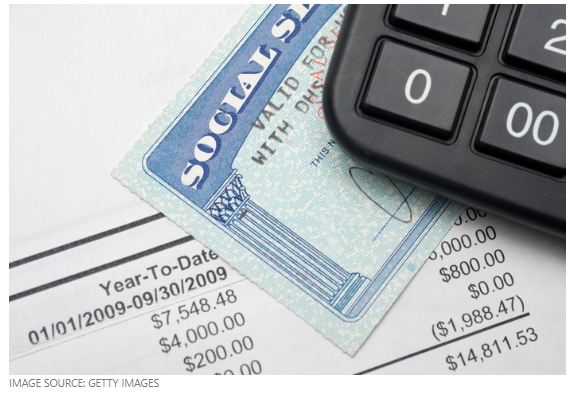 The good news is that this also means you have the power to increase your Social Security benefits.

Chances are you’re probably earning a higher salary now than you were at the beginning of your career.

So because the Social Security Administration only considers your 35 highest-earning years, if you work more than that, you’ll be able to remove some of your lower-earning years from the equation.

The number of years you work and the amount you’re earning over those years will help calculate your basic benefit amount, or the amount you’ll receive if you claim at your full retirement age (FRA). But if you claim earlier than that, you’ll face a reduction in benefits.

For those born in 1960 or later, your FRA is 67 years old. Those born before 1960 have a FRA of either 66 or 66 and a certain number of months, depending on the exact year you were born. You can begin claiming benefits as early as age 62, but by doing so, your checks may be slashed significantly. For example, if you have a FRA of 67 and you claim at 62, your benefits will be reduced by 30% for the rest of your life. If you’re depending on your benefits to make ends meet in retirement, a reduction that size could make your golden years a lot more challenging financially.

Now, claiming before your FRA may not always be a bad decision. If you lose your job or are forced to retire early because of health issues, for instance, you may have no choice but to claim early so you can afford to pay the bills. Or if you have reason to believe you’ll live a shorter-than-average life, it may be wise to claim earlier to take advantage of your benefits while you’re still relatively young and healthy. But if you’re claiming early without realizing that it has a lifelong impact on your monthly benefit amount, that could be a big mistake.

3. Assuming that Social Security alone is enough to live on in retirement

For average earners, Social Security benefits are only designed to replace around 40% of your pre-retirement income. In other words, you’re not meant to be able to live off your benefits alone in retirement. And the average check amounts to just $1,471 per month — many households may find it difficult to get by, let alone live an enjoyable and fulfilling retirement, on that much money.

In addition, there’s a chance your Social Security benefits may face cuts in the relatively near future. With so many baby boomers retiring (and living longer lifespans), the Social Security Administration has been paying out more in benefits than it’s receiving in taxes from workers. To cover the deficit, it’s been tapping its trust funds so that retirees can continue receiving their promised benefit amounts.

However, those trust funds are expected to run dry by 2035, according to the Social Security Administration Board of Trustees. At that point, the only money available to pay out in benefits will be what comes in from payroll taxes — which is only expected to cover around 75% of anticipated benefits. That means if Congress doesn’t come up with a solution before then, retirees could see their monthly checks reduced. That makes it all the more important to have some savings set aside in your retirement fund, because you may not be able to rely on your benefits as much as you think.

Social Security benefits are an integral part of your retirement plan, but it’s important to make sure you know how they work and that you’re not over-relying on them to cover all your expenses. When you’re avoiding these mistakes and making smart Social Security decisions, your benefits can help you elevate your retirement lifestyle and enjoy your golden years comfortably.