Oil and gas transportation are the primary lines of business, but the company also provides freshwater transportation. The company is based on Leawood, Kansas and was founded in 2012.

Tallgrass has seen its earnings grow by an average of 18% per year over the last three years and earnings were up 7% in the most recent quarter.

Sales have increased at annual rate of 12% and were up 10% in the most recent quarter.

The company’s profit margin is an incredible 66% and the return on equity is at 15.5%, both very attractive figures.

Yet another attractive figure is the company’s dividend rate of 9.5%.

The company is scheduled to report earnings on July 25, so you will want to be aware of that date. 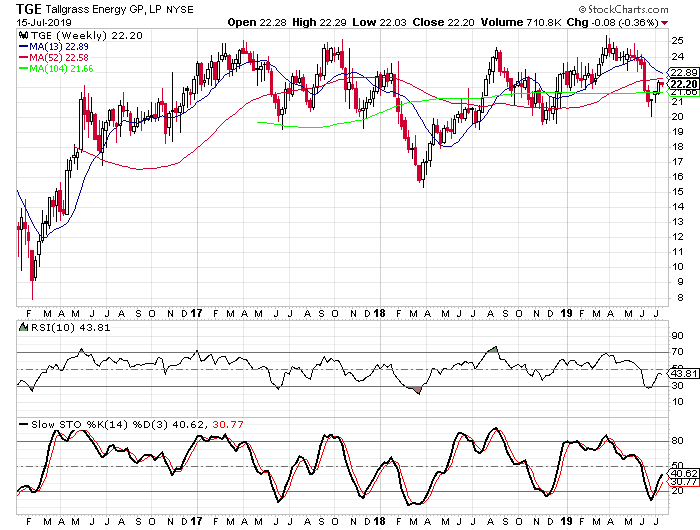 We see that the stock has been trending higher since March ’18. The thing that got my attention the most on the chart was the pattern in the 10-week RSI and the weekly stochastic readings. Both indicators were in oversold territory recently and both have reversed higher at this time. When the indicators went through a similar pattern in 2018, the stock gained over 50% in under six months.