Warren Buffett, the legendary investor and businessman, has many memorable quotes.

One of his lesser-known quotes is a favorite of mine:

“You pay a very high price in the stock market for a cheery consensus.”

Indeed, investors will pay a lot of money to feel good about a choice.

But successful long-term investors are wise to ignore the consensus and seek out great deals.

You see groupthink everywhere you look. Conforming is comforting.

But we’re not here to be comforted.

I’ve ignored the crowd in almost every aspect of my life.

Whenever I saw a lot of people doing one thing, I’d do the opposite.

Ignoring the consensus has worked out pretty well: I retired in my early 30s, as I lay out in my Early Retirement Blueprint.

But it’s only crazy when you look at the consensus.

I actually think it’s quite crazy to not become financially independent and retire young.

Part of that consensus ignoring has come in the form of investing.

And I built my FIRE Fund in the process.

That’s my real-money portfolio, and it generates the five-figure passive dividend income I live off of.

High-quality dividend growth stocks are some of the best long-term investments you can make.

These stocks often represent equity in some of the finest businesses on the planet, as you can see by perusing the Dividend Champions, Contenders, and Challengers list.

I never wanted to buy stocks when the consensus was cheery; I’d rather get a good deal.

The dynamics of a good deal can make a huge difference in your investment results over the long run.

A lower price results in a higher yield, all else equal.

Since total return is the sum of investment income and capital gain, a higher yield leads to greater long-term total return potential. 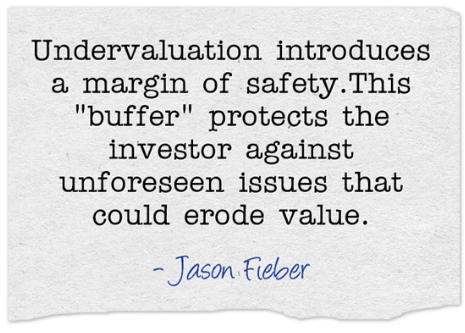 There’s also the possible “upside” when a stock is temporarily mispriced.

This is the capital gain that could come your way if/when a stock is more correctly priced (reflecting a price closer to fair value).

Of course, this should also reduce risk.

This “buffer” protects the investor against unforeseen issues that could erode value.

The opposite of upside is downside. You want to maximize the former and minimize the latter.

Fortunately, it’s not difficult to spot the consensus. It’s a huge crowd.

Just as well, it’s not difficult to estimate intrinsic value for just about any dividend growth stock out there.

Fellow contributor Dave Van Knapp has made this easier than ever with Lesson 11: Valuation.

That piece, part of an overarching series of articles designed to teach the strategy of dividend growth investing, explicitly lays out a valuation template.

KeyCorp (KEY) is a bank holding company that, through its subsidiaries, provides a range of retail and commercial financial services.

Headquartered in Cleveland, Ohio, KeyCorp operates more than 1,100 branches across 16 different US states. Their primary markets are Ohio and New York.

This regional bank still operates mainly as a old-school community bank, providing a number of local financial functions that include deposits, lending, and financial management.

A bank, at its core, is one of the most appealing business models out there.

The ability to build a “float” and earn a low-risk return from the spread between what you pay and what you earn on other people’s money is about as easy as it gets. And that forms a great base from which to build out a range of other high-profit financial services.

However, pervasively low interest rates have hurt the bottom line of many banks.

There’s simply not a big spread to take advantage of.

But a diversified bank has a number of levers to pull – differentiation, building relationships, delivering value, taking advantage of local expertise – in order to pump out strong growth and ever-growing dividends.

That’s exactly what this bank is doing.

KeyCorp has increased its dividend for eight consecutive years.

Like many financial institutions, they were impacted significantly by the financial crisis and ensuing Great Recession. They were forced to cut their dividend.

But I think it’s important to keep in mind that the Great Recession was a highly unusual event that is unlikely to repeat anytime soon.

There’s no guarantee something like that won’t happen again at some point in the near future. But it’s the kind of crisis that is statically extremely rare.

Since the trough in 2009, this bank has come back roaring.

The five-year dividend growth rate is 21.3%.

Even with huge dividend raises over the last eight years, the dividend still remains in a great position to continue growing at a high rate for the foreseeable future.

For proof of that, the payout ratio is sitting at a moderate 39.8%.

If that payout ratio and growth isn’t fantastic already, consider the fact that the stock yields a monstrous 4.01% right now.

That yield is almost unheard of for a regional bank.

It’s more than twice what the market yields.

Of course, we invest in where a company is going, not where it’s been.

It’s those future dividend increases that we care most about.

Estimating the future dividend growth rate is thus critical, which also greatly aids us when determining what we think the stock might intrinsically be worth.

In order to build out this future trajectory, I’ll first show you what the bank has done over the last nine years in terms of top-line and bottom-line growth.

I’ll then compare that to a near-term professional forecast for profit growth.

These numbers will tell us a lot about where the bank has been, as well as where it appears to be going.

(As a note, I usually use the last decade for historical reviews like this. However, FY 2009 was the trough of the Great Recession. And the bank’s results for that year are heavily skewed by that.)

Well in line with a mid-single-digit growth rate I’d expect for a business like this.

They have made a number of acquisitions in recent years, which have all helped with revenue growth.

While some of these acquisitions have been more bolt-on in nature, such as the purchase of fintech firm HeroWallet in 2017, the acquisition of First Niagara Financial Group for $4.1 billion in 2016 was quite sizable and added $29 billion in deposits and approximately 300 branches to its footprint (at that time).

That acquisition immediately increased KeyCorp’s scale, as well as giving it a major foothold into the Northeast US.

And that’s even after the bank issuing plenty of shares to fuel growth and take on acquisitions.

This tells me those acquisitions have been accretive. And the bank has been smartly taking care of the basics.

Looking out over the next three years, CFRA predicts that KeyCorp will compound its EPS at an annual rate of 10%.

That seems like a reasonable estimation when looking at more recent results.

It’s a pretty low hurdle to clear for the bank, assuming we don’t have any kind of economic meltdown on the horizon.

Rates almost have to rise from here over the long run.

If things improve even just a little bit, this bank could have a big tailwind in front of them.

But if EPS compounds at 10% over the near term, which doesn’t seem to be an aggressive forecast, the dividend could easily grow in kind.

Indeed, we have some clarity on this.

Admittedly, that would be a bit lower than what’s come of late.

And it’s not aggressive when you look at overall operations. It’s a rather conservative move. I like that.

Moving over to the balance sheet, the long-term debt/equity ratio is 0.88.

That’s a solid number for the industry.

Profitability is solid, although it’s not the best I’ve run across.

There’s been an improvement in profitability in recent years, though. FY 2018 was outstanding. Net interest margin came in at 3.17% last fiscal year.

Overall, this is a very strong regional bank. And the last few years have shown stellar results and management.

Regulation, competition, and litigation are omnipresent risks in every business. Regulation, in particular, is always looming over banks.

Credit quality is great right now, but a deterioration there could harm profitability.

Speaking of which, a broader economic slowdown or recession is something that tends to disproportionately affect banks.

One issue that can trip up some regional banks is an aggressive expansion outside of their footprint or circle of competence. But KeyCorp’s communications regularly discuss focusing on their core competencies in their markets.

This looks like a solid bank. And at a reasonable price, it could be a great investment over the long run.

Well, the price looks more than reasonable after a 17% drop over the last year…

Single-digit P/E ratios are hard to come by in this market.

That favorably compares to the stock’s own five-year average P/E ratio of 15.2.

This is cheap, even for a bank.

And the yield, as noted earlier, is substantially higher than its recent historical average.

This stock looks very cheap at first glance, but how cheap might it be? What would a rational estimate of intrinsic value look like?

I factored in a 10% discount rate and a long-term dividend growth rate of 7%.

This is a fairly conservative estimate of future dividend growth potential.

A low payout ratio, 10% near-term EPS growth rate forecast, and upcoming 8%+ dividend raise all add up to the likelihood of dividend growth well in excess of 7%.

But I like to err on the side of caution, especially knowing where the economic cycle and interest rates are at.

It doesn’t look like I was being particularly aggressive with the valuation, yet it paints the picture of an extremely cheap stock.

Morningstar rates KEY as a 4-star stock, with a fair value estimate of $21.00.

I came out a little high. Averaging these three numbers out gives us a final valuation of $22.08, which would indicate the stock is possibly 31% undervalued.

Bottom line: KeyCorp (KEY) is a high-quality and well-run regional bank. With great fundamentals, a 4% yield, a low payout ratio, a clear commitment to dividend growth, and the potential that shares are 31% undervalued, dividend growth investors should absolutely have this stock on their radar.