Amneal is expected to release earnings on Friday, March 1.

The company’s earnings have been mixed in recent quarters compared to recent years.

The EPS has declined by an average of 3% per year over the last three years, but earnings grew by 49% in its most recent quarterly report.

Sales were up by 87% in that most recent report and they have averaged growth of 13% per year over the last three years.

Amneal’s management efficiency measurements are really strong with a return on equity of 32.2%, a profit margin of 19%, and an operating margin of 23.4%.

One of the things that stood out to me the most about Amneal was the negative sentiment toward the stock. There are 12 analysts following the company and only four have the stock rated as a “buy”. The other eight all rank the stock as a “hold”. The short interest ratio is at 9.14 currently. 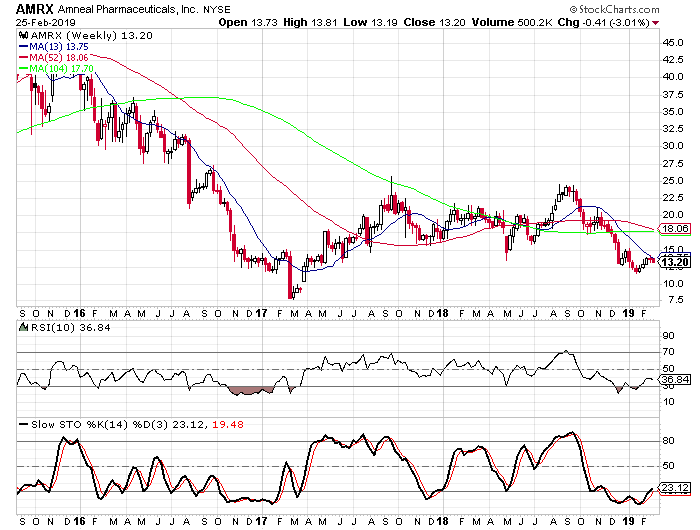 We see on the weekly chart that the stock fell in the fourth quarter of 2018, but so did almost all stocks. While other stocks have bounced back more sharply, Amneal has made a slow turn higher and we are just now seeing the weekly stochastic readings start to move out of overbought territory after making a bullish crossover a few weeks ago.