Sales have grown at a rate of 6% per year over the last three years and in the most recent quarter they grew by 33%.

Like the earnings growth, the management efficiency measures are above average.

The short interest ratio is higher than most stocks at 3.9 and that is surprising for a company with such strong fundamentals.

Remember, a high short interest ratio is a good thing because as the stock rallies and the short sellers have to cover their positions, it adds buying pressure to the stock. 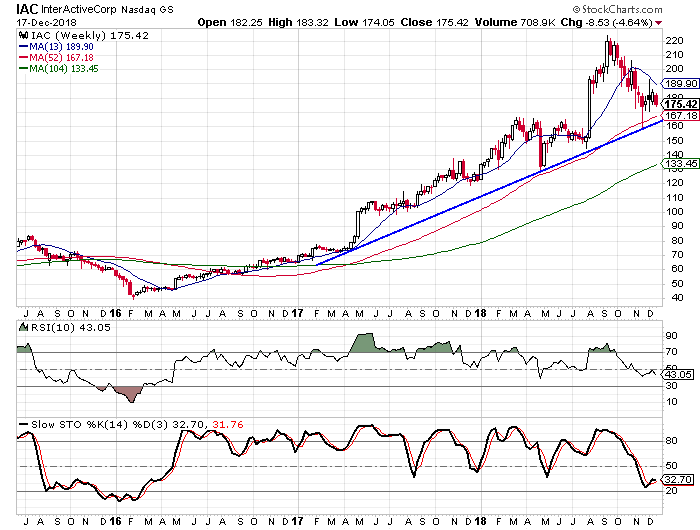 The weekly chart for IAC shows how the stock has moved sharply higher over the last three years. A trend line has formed that connects the lows from the last two years and that trendline is just below the 52-week moving average. We see that the weekly stochastic readings are the lowest they have been since early 2016 and they just made a bullish crossover.

Suggested strategy: Buy IAC with a maximum entry price of $180. I would set a target of at least $245 over the next 12 months (for a potential return of almost 40% from current prices). I would also suggest a stop at $157.